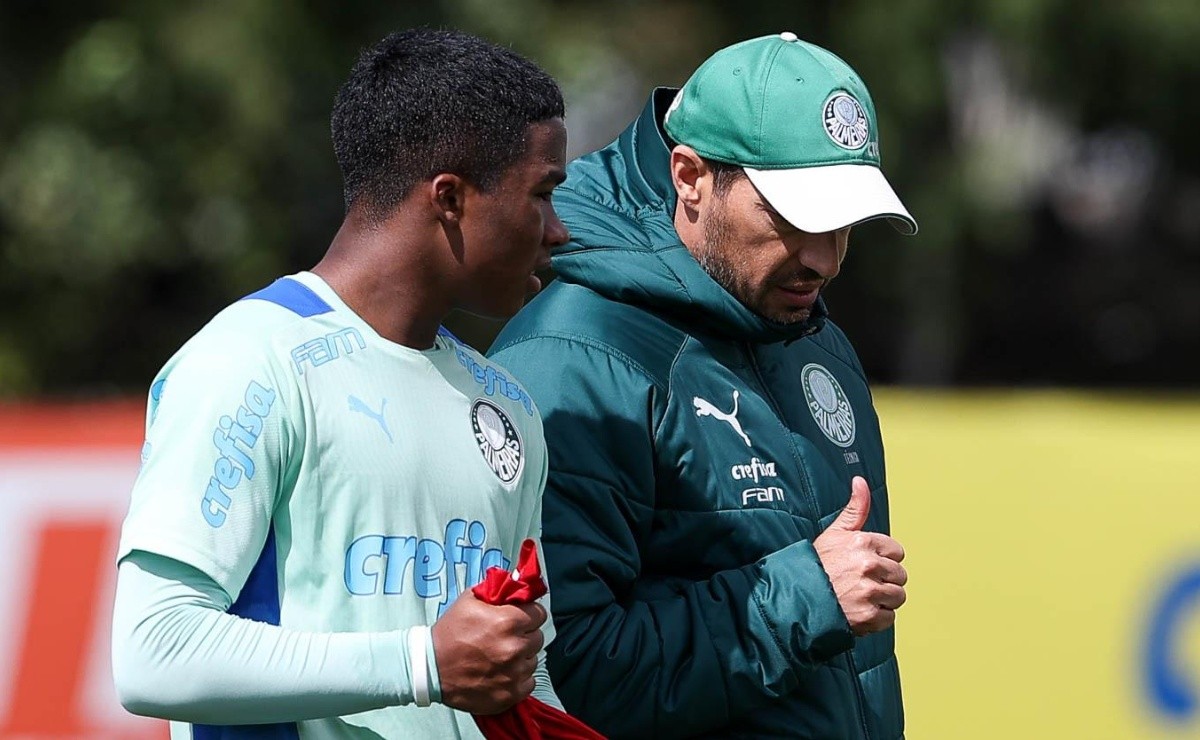 Palmeiras ended on Monday afternoon (5), their preparation for the big decision of the Copa Libertadores semifinal against Athletico Paranaense.After losing by 1 to 0, last Tuesday, at Arena da Baixada, Verdão needs to beat the team from Paraná by at least two goals to go to its third consecutive final of the continental tournament. If Curitiba’s score repeats, the decision will be on penalties.

After the good performance of forward Vitor Roque in the last confrontation, many people from Palmeiras started asking that Endrick, a young striker of the Club, who is only 16 years old, was at least related. In addition to being a star, the striker, in the view of the crowd, can have a better performance than the center forwards of Verdão, who are down at the moment.

In recent days, Endrick, in addition to other boys from the base were invited by Abel to train with the professional throughout the week. The call from the Portuguese made many people from Palmeiras get excited on social media and think that the coaching staff could take him to the decision. However, that should not happen yet in this match against Athletico Paranaense. At least that’s what journalist Jorge Nicola says.

In his live on Monday (5), the journalist said that a source revealed to him that the palmeirense jewel was not even listed to face the team of coach Luiz Felipe Scolari, this Tuesday (6), at Allianz Parque. “I sent the question to a source of mine from Palmeiras: ‘Any chance of Endrick being listed for tomorrow?’. The answer came just now: ‘He was not listed’. So, exclusively, I want to bring you the information that Endrick will not be part of the related list for the game against Athletico Paranaense”informed the journalist.