Lisca defended his squad, but avoided taking the blame for Santos’ 2-1 defeat to Goiás, yesterday (5), in Vila Belmiro, for the 25th round of the Brazilian Championship. The coach cited bad luck, good performances by Tadeu and Pedro Raul and even the recent history of Peixe in the justifications for the stumble.

Lisca admitted that “there is a lot of pressure at Santos” and talked about his own mistakes, but also showed concern about not pointing the finger at the players. In the first goal of Goiás, Maicon did not mark Pedro Raul. In the second, Vinicius Zanocelo misses the pass at the origin, then Luan loses the ball, Eduardo Bauermann fails to score and Pedro Raul covers up the hasty João Paulo.

More dejected than usual and with shorter answers, Lisca looked for other ways to explain the poor result. With the defeat, Santos was overtaken by Goiás and also by América-MG and is now only the 10th, with 34 points.

Lisca said that Santos is evolving, but that the defeat will make the performance not be evaluated in the best way. With the stadium full, the coach heard some “donkey” cursing and received boos.

“We evolved well. When the result doesn’t come, it’s easy to say, but the team’s production was good. We had plays on the sides, Soteldo’s individuality, Braga and Madson’s combination… The result will be the final definer of the game. evaluation. The result showed involution because we lost for the first time at home since I’ve been driving”, he evaluated.

“We stayed up all night trying and we weren’t effective. We were efficient because we created, but we weren’t effective when it came to putting the ball in. Criticism is normal, when we lose at home… We represent Santos. it belongs to all of us. Mine as a coach, for the players, for everyone… Now it’s time to recover the points we left here”, he added.

Merits to the opponent

Lisca minimized Santos’ mistakes and sought to value Goiás’ successes. The coach mentioned the great performance of Pedro Raul, author of the two goals, but also the defenses of Tadeu and the assistance of Dadá Belmonte in the first goal of the visitors.

Even with care to avoid problems with the cast, Lisca evaluated that the biggest problem was the lack of quality in Santos’ finalization, while Goiás took advantage of the few chances they had.

“Today it was shown what football is: a team that had much more volume, but the victory went to whoever was more efficient. Merit of Pedro Raul, and I want to congratulate him, who passed Cano [na artilharia]. Today he was fatal. In the two chances he had, he took advantage of it. We had several and we didn’t take advantage of them. It’s looking for that right and being more assertive when we create chances, especially at the beginning of the match “, he said.

Lisca defended all the players who made mistakes in the match: João Paulo, Maicon, Eduardo Bauermann, Vinicius Zanocelo and Luan. In all cases, he sought to see merit in Goiás and not demerit in Santos.

About João Paulo, he said that the goalkeeper “already guaranteed many victories” and that he left the goal because Santos had the high line. With Maicon, he preferred to highlight Dadá Belmonte’s good cross before Pedro Raul headed it alone. The coach also explained that Bauermann tried to anticipate Pedro in a “game circumstance” and saw good performances from Vinicius Zanocelo and Luan.

Captain João Paulo, however, did it differently and took the blame for Goiás’ second goal.

“We knew it would be a difficult game, we made mistakes, but I take responsibility, I take the blame. You can put the defeat on my account. Unfortunately, we didn’t get the positive result, we had the ball on the post, I take responsibility and Professor Lisca’s shot because he built the team, we trained during the week, but unfortunately we couldn’t do it. We took the goal, now it’s time to work during the week and seek victory away from home”, said the goalkeeper, to Premiere.

Charged by the fans, Lisca said that the recent history of fighting relegations hinders the evaluation of his work. The coach understands that Santos “takes it out” on him after the recent bad results.

“This dissatisfaction doesn’t come from today, it comes from two or three years ago. The whole history of playing against the relegation zone, of not fighting in the top zone… it ends up reverberating in the coach, who is the main representative. responsibility belongs to all of us. It’s part of it when a big club comes from a few seasons that don’t match what the fans want. I know the pressure is great and, if the results don’t come, things happen”, he concluded.

Santos will have one more week free of training before facing Ceará on Saturday (10), at Castelão, for the 26th round of the Brazilian Championship. The longer time to work increases the pressure on Lisca.

More than good results, Peixe’s board and fans expect a good performance. Santos has had many problems as a visitor and, after Ceará, they will face leader Palmeiras,

Previous “The Rings of Power”, the series of “The Lord of the Rings”, may have an early release; understand
Next Palmeiras tries to win new semi after drama against River and Galo 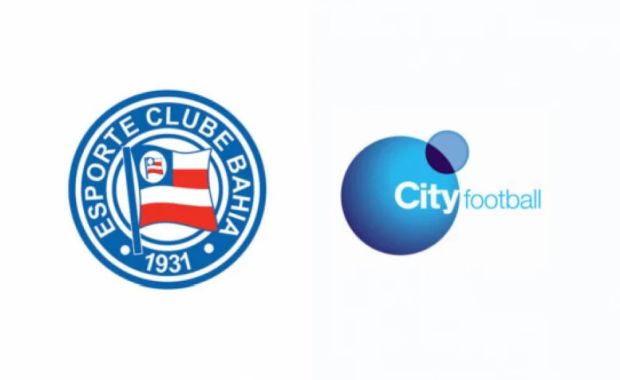