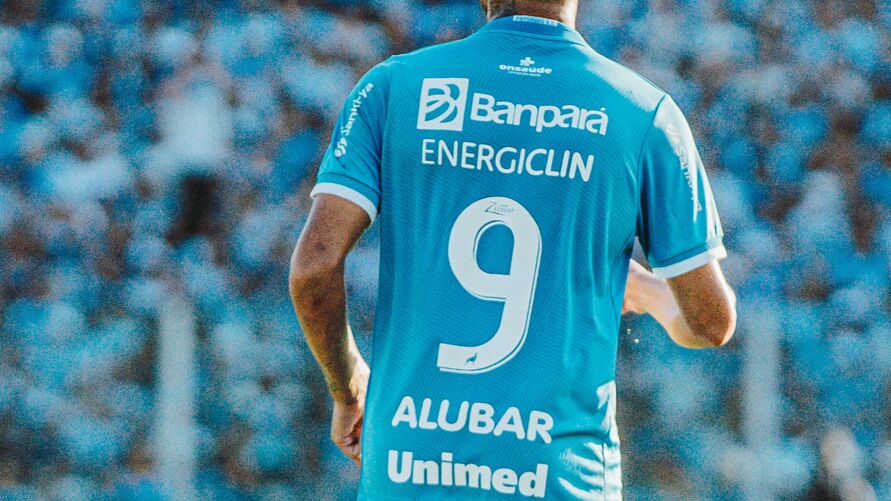 Henan, Danrlei, Marcelo Toscano, Dalberto and Pipico. Paysandu looked for a killer in these names for the 2022 season and they all failed. The Boogeyman’s problems have been visible for some time and one of them was this man from the area. As happened in the decisive phase of the Campeonato Paraense, now it is the Série C of the Brazilian that charges the bicolors, who pay dearly for the lack of the famous number 9 scorer.

The experienced Henan arrived with the status of Lobo’s new top scorer for the year. Indicated by coach Márcio Fernandes, the 36-year-old player was unable to adapt to Curuzu. There were 15 games and two goals. His low performance made the board loan him to ABC, where he has the same number of matches and scored five times.

Does anyone remember the goal he missed in the first match of the Parazão final against Remo, in Baenão? It was right at the beginning of the match. Then, the bicolors succumbed to the rival, showing another problem for the team: the emotional one. The striker even talked about the level of demand from the bicolor fans, citing that he couldn’t go to the mall, for example.

Danrlei appeared at Independente Tucuruí, where he gained prominence and arrived in Papão in 2021. His time at Curuzu began to be marked by the breed he presented on the field. However, he lost confidence and even the will he had. According to an internal source, the bicolor board took advantage of the athlete’s muscle problem to pull him over, after the businessman did not want to renew the athlete’s bond with the club.

Marcelo Toscano was never a centre-forward, but he was used as a false 9 by Márcio Fernandes. He didn’t win. There were 30 games and two goals in the season. Dalberto arrived and showed quality, but he didn’t win a sequence and ended up getting injured against ABC, in the second match of the quadrangular. Pipico is 37 years old, 11 games and a goal, which was still validated for midfielder Mikael. Experience alone is not enough.

These are unacceptable numbers for a team that sought the title of the Campeonato Paraense and still dreams, even with remote chances, of access. The season demanded a striker with an eye for goals, but Paysandu couldn’t. Danrlei and Pipico missed clear scoring chances in the quadrangular, for example, and that cost a lot against Vitória and ABC.

The Boogeyman had a pre-agreement with striker Vagner Love, who had already accepted the proposal from the Albiceleste board. However, after the information was leaked, Sport Recife took notice and went through the negotiation, taking the top scorer to Ilha do Retiro. Would it work? Nobody knows, but the backstage of the club needs to be more armored, so as not to hinder the signings.

Another important point: “But Paysandu has the top scorer in the Brazilian Series C”. Truth! Marlon scored 10 goals in the national competition, but he doesn’t have the characteristics of a killer or a striker. The number 10 is only 24 years old and cannot have such a responsibility, as the team has much more experienced players for decisions.

Previous ‘City of God’ turns 20: cast remembers backstage and what has changed since then – Marie Claire Magazine
Next Energy crisis causes Euro to drop to USD 0.99 for the first time in 20 years