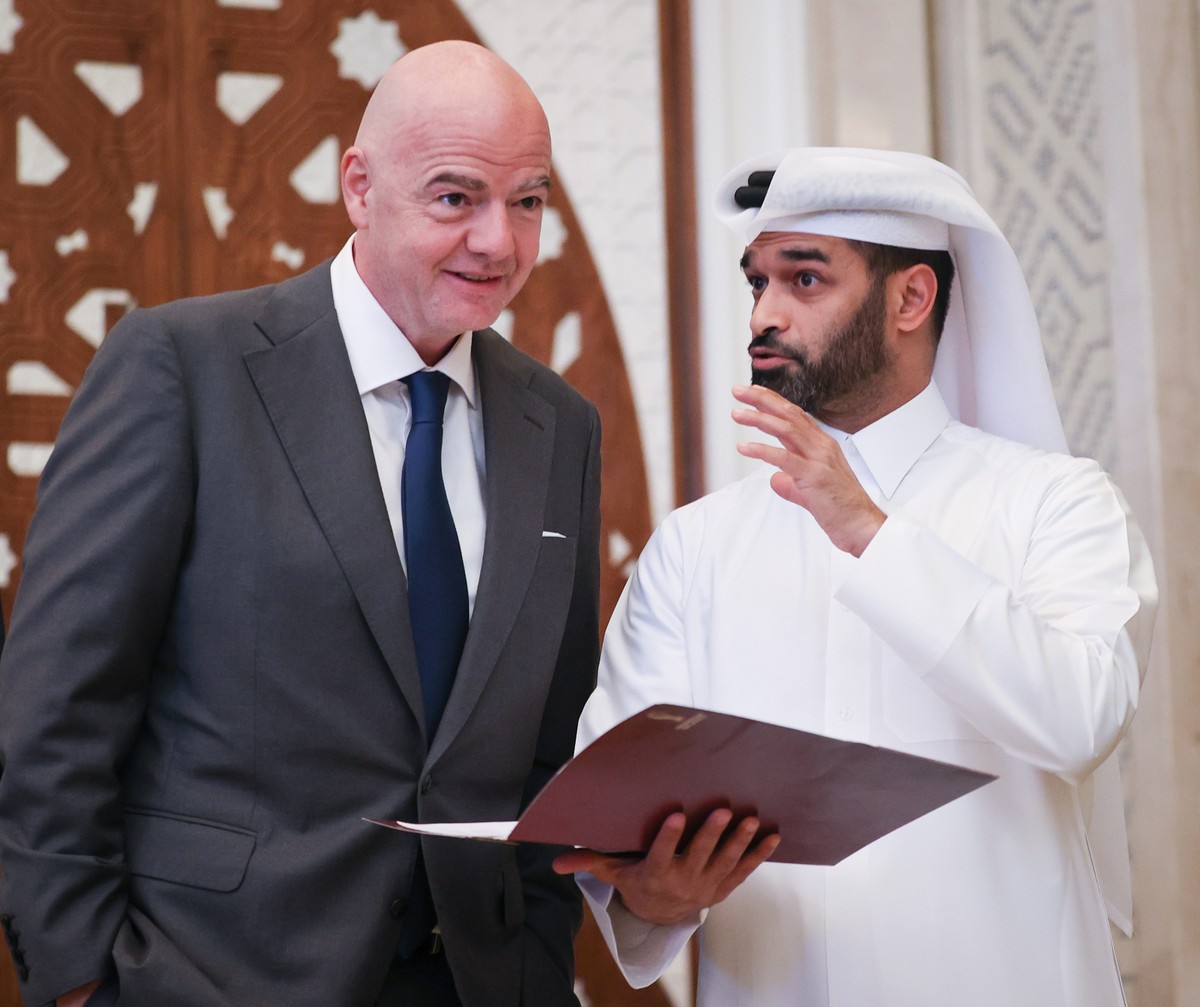 The Qatar Penal Code prohibits homosexual activity for men and women and provides, as a maximum penalty, up to stoning. However, the country guarantees that gays who are among the nearly 2.5 million people who have applied for tickets to the world Cupwill be welcomed to the country.

The secretary general of the Supreme Committee for World Cup Delivery and Legacy in Qatar, Hassan Al Thawadi, answered questions sent by the ge and guaranteed that the event will be for everyone. And that current legislation will not be a problem for homosexual visitors.

“Like the previous editions of the tournament, the Qatar World Cup will be a tournament for everyone. All are welcome to Qatar, regardless of their race, origin, religion, gender, orientation or nationality,” said Al Thawadi.

Entities fighting for the rights of the LGBTQIA+ population expected FIFA to push for a reform of Qatari law, which did not happen. Hassan Al Thawadi reiterates the country’s experience in other international events to ensure that the issue will not be an issue.

– We have already held more than 600 events since we won the rights to host the Cup. I repeat: all fans are welcome to book accommodation and stay together – he declares.

“People’s private lives are not our concern,” says Al Thawadi.

Less than three months away from kick-off, the secretary general of the Supreme Committee for World Cup Delivery and Legacy also responded on other topics. He guarantees that alcoholic beverages will be sold in the stadiums. and says that “the country has made significant progress in terms of workers’ well-being” in the 12 years of preparation for the World Cup.

How does Qatar evaluate ticket sales so far?
– After an unprecedented pandemic like COVID-19, the World Cup will be the first major global sporting event in recent years where fans will actually be able to participate in person. With 2.45 million tickets sold until the last leg, is a clear sign that fans are excited at the prospect of this Cup. We had record ticket sales for individual matches as well as hospitality packages. Other ticket sales phases are expected in the coming weeks and will continue to be managed by FIFA. It’s worth noting that Qatar is implementing a range of accommodation options to ensure fans have a variety of options. Whether it’s a 2-star or 5-star hotel, a room on a “floating hotel” cruise ship, or a Bedouin-style tent under the stars, fans will have some unique and comfortable options. 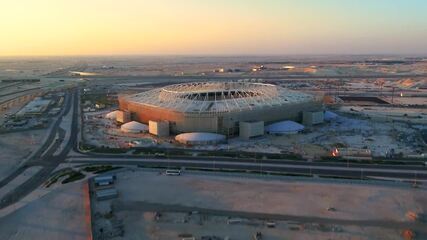 What is Brazil’s position in the ranking of countries that bought the most tickets?
– Fans living in Qatar, Saudi Arabia, United States, Mexico, United Arab Emirates, England, Argentina, Brazil, Wales and Australia led the ranking until the last sales stage, guaranteeing the highest number of tickets to date. Cameroon v Brazil and Brazil v Serbia are also two of our best-selling games in the group stage. It is clear that Brazilian fans are excited and we are ready to welcome them to a truly historic tournament. We are very happy to see Brazilian fans among the main ticket buying countries. After being in Brazil in 2014, and at many other tournaments over the last 12 years since Qatar won the honor of hosting this World Cup, I know exactly what Brazilian fans bring to a tournament like this, so we hope the biggest possible number of Brazilian fans travel. We look forward to welcoming you to Qatar and seeing you light up our stadiums with this incredible passion for football.

What is Qatar’s strategic plan to welcome tourists and avoid major cultural differences such as alcohol consumption and the country’s dress codes?
– There will be a wide range of cultural and entertainment options during the Cup, catering to all visitors. The nationwide festival will feature more than 90 special events, including match viewing areas, music festivals, cultural exhibitions and street performances. There will be activities that will appeal to all types of fans, regardless of their cultural background. Our fan experience will be something for everyone. In the Middle East, Qatar is quite liberal when it comes to dress codes for residents and visitors alike, with appropriateness being key – Swimwear on beaches is ok, for example, but we expect people (men and women) to dress more modestly when, for example, visiting a museum or a mosque, covering shoulders and knees. Alcohol is available in Qatar at a variety of licensed hotel bars and restaurants across the country, and will be available at additional locations at the World Cup. We are working with FIFA and other local partners to ensure that we provide options that suit all fans, both local and away.

Will alcoholic beverages be sold inside the World Cup stadiums?
– We are in the process of finalizing our alcohol strategy, which includes entertainment stadiums and festivals. We will communicate it once finalized. It has already been confirmed that alcohol will be served in specific areas within the stadiums.. Further away from the stadiums, fans can visit the Fifa Fan Festival at Al Bidda Park, which will broadcast all matches live and will feature stages, food and beverage outlets and cultural activities. The FIFA Fan Festival will open on November 19 and will have the capacity to receive up to 40,000 visitors. Alcoholic beverages will also be sold there.. Fans can also enjoy the 974 beach club – located next to Stadium 974 – which will offer music, activities, food and beverage options and retail tents for up to 10,000 people. Music fans will also be very well taken care of during the tournament. The Arcadia Spectacular dance music festival will be held near the Ras Bu Fontas metro and will welcome up to 15,000 fans. Another musical event to enjoy will be the ‘ARAVIA’ organized by MDLBEAST, which will take place in Al Wakrah and is expected to attract 5,500 fans.

“Alcohol will be available to anyone who wants it, but there will be no alcohol available openly on the streets, for example. What we ask is that people, when they visit Qatar, respect the local culture and traditions.”

Qatar prohibits homosexual activity. How can the country actually ensure that homosexuals are welcome at the World Cup?
– Like the previous editions of the tournament, the Qatar World Cup will be a tournament for everyone. All are welcome to Qatar, regardless of race, origin, religion, gender, orientation or nationality. It is worth mentioning that Qatar has experience in hosting major international sporting events, where all fans felt welcome and safe. We have already held more than 600 events since we won the rights to host the Cup. I repeat: all fans are welcome to book accommodation and stay together – people’s private lives are not our concern. Qatar has its own unique culture and traditions, so we hope that any fan traveling to the country will respect the local culture and traditions, and enjoy all that the host country has to offer.

Does the Supreme Committee fear that these cultural restrictions will alienate part of the public and affect the World Cup in some way?
– No way. We’ve already had 2.45 million tickets sold. We are ready for one of the most incredible World Cups of all time. It will be unique! Whether you are a football fan looking to watch more than one match at the stadium a day, or a fan looking to participate in cultural and historical activities or football events, we have a tailor-made experience. Everything has been carefully thought out and worked on over the last 12 years of planning.

How does Qatar face all the public manifestos and football personalities complaining about human rights violations in the country?
– Since the World Cup was awarded to Qatar in 2010, the country has made significant progress towards the well-being of workers. Statewide labor reforms have, and continue to set, new benchmarks across the region. The ‘kafala’ work system that existed in the country was dismantled, a non-discriminatory minimum wage (QAR 1,000 per month, around R$1,400) introduced, in addition to the ability to easily change jobs and leave the country, which has been transformed for the benefit of workers. We work hand in hand with FIFA to ensure that the rights of all workers in World Cup projects are respected through dedicated human rights teams and workers’ well-being specialists. The changes implemented were accelerated and were very well received by many of the world’s leading human rights and labor organizations, such as ITUC and BWI, as well as the International Labor Organization (United Nations).

“There is still room for improvement and the well-being of workers will continue to be a key focus at all times.”

Germany players pose with the message “Human Rights” before the game against Iceland, in a message to Qatar, host of the World Cup (Photo: Tobias Schwarz/EFE)

How does Qatar want the 2022 World Cup to be remembered in the future?
– The World Cup is a unique opportunity for Qatar and the region. Harnessing the power of football, the Cup has been at the forefront of Qatar’s planning since the country received the rights to host the tournament in December 2010. The tournament will showcase the best of our culture to the rest of the world and human, social, environmental and economic development in the region. This is an unprecedented opportunity to project a true picture of the Arab world. We hope it will be remembered as the tournament that brought people together again to celebrate after the pandemic had separated everyone for so long. A tournament where football was played brilliantly in some of the most impressive stadiums ever built and seen in football history. And that it was a tournament with the true image of the Arab world and all that we have to offer.

Previous Russia buys thousands of rockets and artillery from North Korea, US says
Next Terra Classic (LUNC) rises more than 100% in seven days; how sustainable is the rally? By Investing.com

After having finished the group stage in first place in group G, the Brazil face …