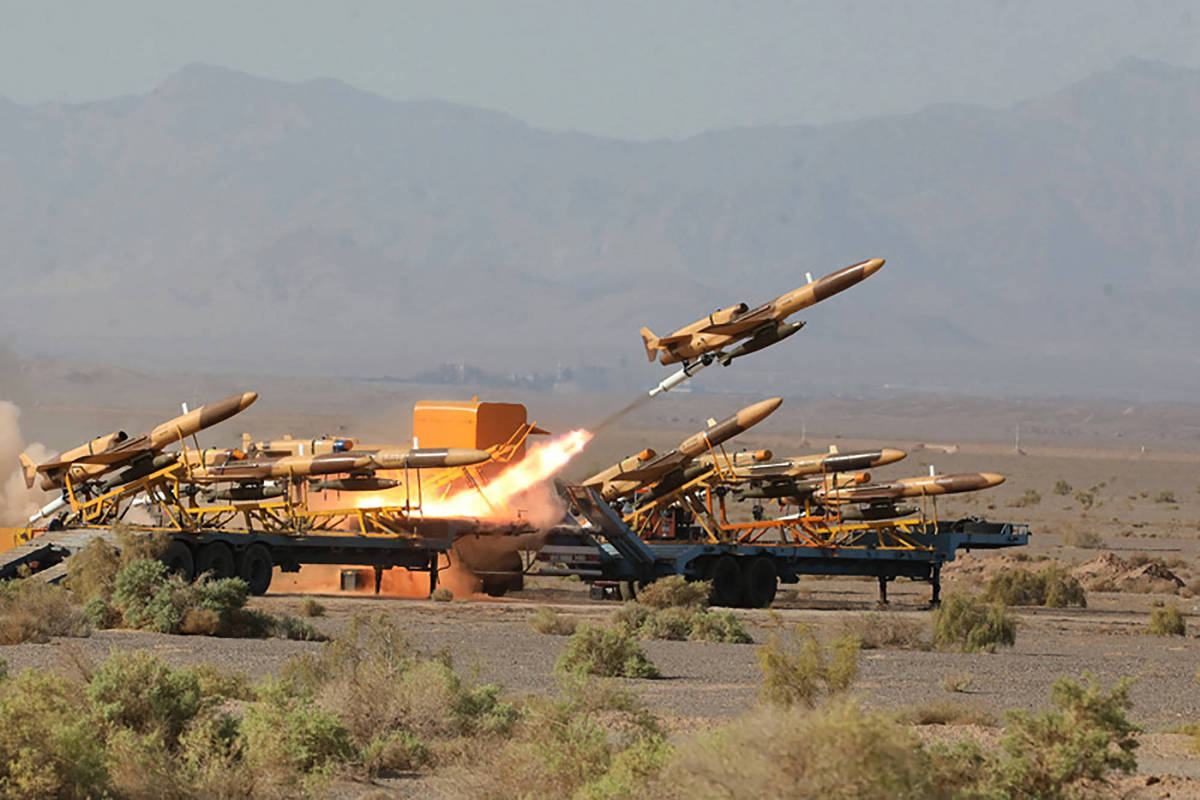 Russia is buying millions of artillery shells and rockets from North Korea, according to US intelligence reports, in an indication that global sanctions have severely restricted its supply chains and forced Moscow to turn to pariah states for military supplies. .

The revelation comes days after Russia received initial shipments of Iranian-made drones, some of which had mechanical problems, according to US officials. US government officials said Russia’s decision to turn to Iran, and now North Korea, is a sign that US and European sanctions and export controls are hampering Moscow’s ability to obtain supplies for your army.

The US has provided few details of intelligence reports about the exact weaponry, timing or size of the shipment, and there is still no way to independently verify the sale. A US official said that in addition to short-range rockets and artillery shells, Russia is expected to try to buy additional North Korean equipment from now on.

“The Kremlin should be alarmed that they have to buy anything from North Korea,” said Mason Clark, who leads the Russia team at the Institute for the Study of War.

Prior to Russia’s invasion of Ukraine, the White House began to ease the level of secrecy imposed on intelligence reports on Moscow’s military plans, then release that material, first to allies in private and then to the public. After a lull in disclosures, the US government has once again begun to reveal information to highlight the Russian military’s difficulties, including recent information about the purchase of Iranian drones and the Russian Army’s problems in recruiting soldiers.

Broad economic sanctions, at least so far, have not paralyzed Russia. Energy prices, boosted by the invasion, filled its treasury and allowed Moscow to mitigate the consequences of excluding its banks from international finance and restricting exports and imports. Sanctions against Russian oligarchs have also failed to undermine President Vladimir Putin’s power.

But US officials said that when it came to Russia’s ability to rebuild its armed forces, economic actions by Europe and the United States were effective. US and European sanctions have blocked Russia’s ability to purchase weaponry or electronics to manufacture such weaponry.

Moscow had hoped that China would agree to circumvent these export controls and continue to supply the Russian military. But in recent days US officials have said that while China has wanted to buy Russian oil at a discount, Beijing, at least so far, has respected export controls aimed at Moscow’s military and has not tried to sell military equipment or components.

U.S. Secretary of Commerce Gina Raimondo has repeatedly warned China that if Semiconductor Manufacturing International Corp., China’s largest computer chip maker, or other companies violate sanctions against Russia, the United States will effectively close those businesses, cutting off their access to the American technology they need to make semiconductors.

With most countries acting cautiously in the face of American pressure, Russia has focused its deals on Iran and North Korea.

Both Iran and North Korea are largely isolated from international trade due to US and international sanctions, meaning they don’t have much to lose if they strike deals with Russia. Any deal to buy weapons from North Korea would be in violation of UN resolutions aimed at curbing Pyongyang’s proliferation of weapons.

It is unclear, however, how much the North Korean purchase has to do with export controls. There’s nothing high-tech about a 152mm artillery shell or Katyusha-style rocket that North Korea produces, said Frederick Kagan, a military expert at the Institute of American Enterprises.

A US official said the new agreement with North Korea shows Moscow’s desperation. And Kagan said turning to North Korea is a sign that Russia is apparently incapable of producing the simplest materials needed to wage war.

“The only reason the Kremlin should buy artillery shells or rockets from North Korea or any country is because Putin was unwilling or unable to mobilize the Russian economy for war, even at the most basic level,” Kagan said.

Restricting Russia’s military supply chain is a central part of the US strategy to weaken Moscow, aimed at hampering both its war effort in Ukraine and its future ability to threaten its neighbors.

It has been clear for months, both from Russian operations in Ukraine and from US government disclosures, that Moscow is struggling with its high-tech weaponry. Precision guided weaponry such as cruise missiles have experienced high failure rates. In the early stages of the war, half or more of these weapons failed to fire or to hit their targets.

Russian stockpiles of these precision weapons also ran out, forcing generals to rely less on missiles and instead build their strategy around a brutal artillery strike that devastated cities in eastern Ukraine.

The revelation that Russia is seeking more artillery ammunition is a sign that Moscow’s supply problems are likely deeper than just high-end components for high-end tanks or precision missiles. If Russia is seeking more artillery shells from North Korea, it is because it is facing shortages or may in the future, and its industrial base is struggling to meet the military demands of the war.

Previous Android or IOS? Find out which is the easiest to use
Next Mila Kunis finds herself in trouble in One Very Lucky Girl, watch