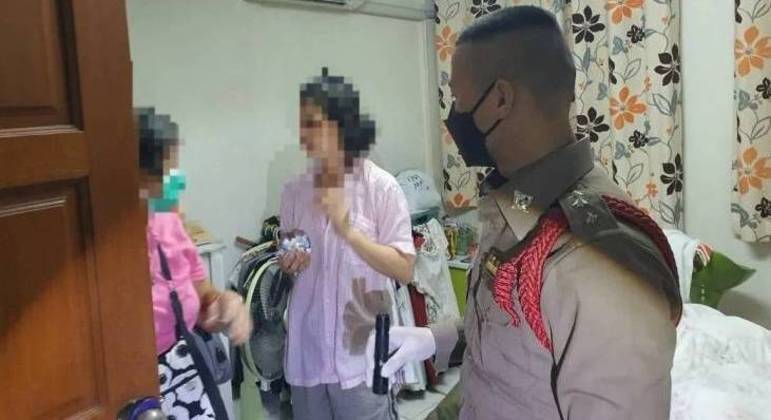 Woman is trapped in bathroom for three days and writes message on wall: ‘Nobody heard me’ – News

A 54-year-old woman was trapped inside her own bathroom after the faulty doorknob fell off the door. The resident of Bangkok, Thailand, who has not been identified, survived three days locked away with just water from the sink.

On August 22, she entered the room without her cell phone or anything else. She cried out for two days for help, hoping to be rescued, but eventually gave up.

Without any help, she decided to write a message on the bathroom wall with skin care products, so that when someone found her, it was possible to know what had happened.

Luckily for the 54-year-old woman, her sister noticed her disappearance and lack of contact. Worried about her relative, she decided to call the police and report the woman’s disappearance.

The authorities were directed to the prisoner’s house, where they called but got no response. The police decided to raid the property and broke down the bathroom door to find her.

Despite being very weak, the Thai was alive and managed to survive because of the water in the sink. She was taken directly to the hospital. The police found the message left by the Thai woman on the wall.

“I’ve been stuck in the bathroom since August 22nd. If I die, please let Jay Lek handle my will. Please give Tua Toon Tum ownership of Tuk. I drank tap water to survive. Without water, I’d be I tried to force and break the door, I tried to scream, but no one heard me,” the message read.

After a battery of tests, doctors said she was fine and should soon leave the hospital.

Previous Could The Merge Lead to a Bitcoin Collapse? By Investing.com
Next Watch the movie trailer with Mila Kunis – Geek Journey