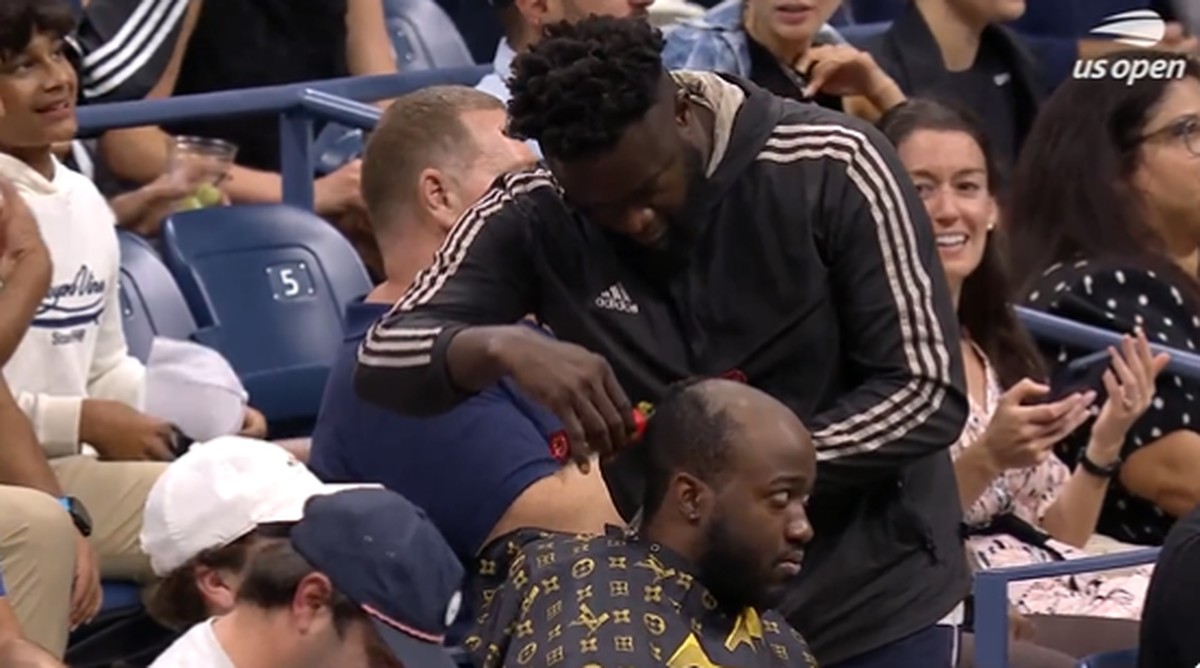 Fan cuts hair in the stands during the US Open game; see | sneakers

Cutting their hair is usually an activity that many people do to get their style done at an important event. However, a fan decided to combine the two occasions and cut his hair in the stands at the US Open while watching a quarterfinal match. The event is the last Grand Slam of 2022, one of the most important competitions in the tennis world.

At Arthur Ashe Stadium – center court of the tournament that is held in New York, in the United States – the fan was cutting his hair in the second row while watching the game between Russian Karen Khachanov (#31 in the world) and Australian Nick Kyrgios (# 25).

At the moment of the act, the match started the second set, after the Russian had won the first set by 7/5 and the Australian had asked for medical attention. Whoever wins will face Norwegian Casper Ruud, who is still fighting not only for his first Grand Slam title, but also to finish at the top of the world rankings.

The character involved in the haircut is digital influencer JiDion. He has more than 12 million followers joining the main social networks and is known for producing videos involving humor and sport. On that occasion, he chose one of the world’s top sporting events to steal the show and make him laugh as he appeared on camera at the stadium.

But this was not the first haircut at a major event. Jidion starred in the same scene in a 2021/22 NBA Western Conference regular season match between the Minnesota Timberwolves and the Dallas Mavericks (116-95).

Previous Libertadores Final 2022: teams, date, stadium, time, awards and more of the decision
Next Meet international stars who, like Hailey Bieber, have a Brazilian family