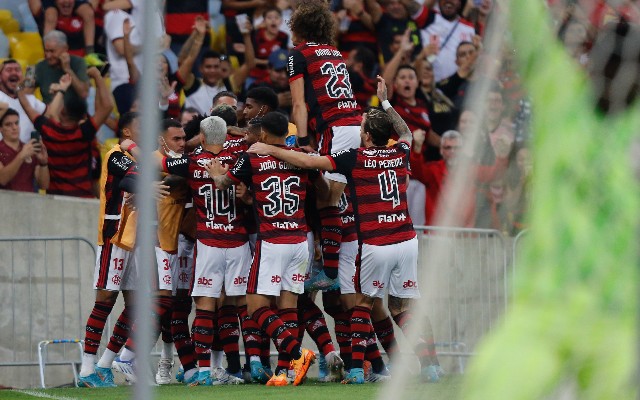 Flamengo thrashed Vélez Sarsfield (ARG) 4-0 in Buenos Aires last week, in the first leg of the Libertadores da América semifinal. The result gave tranquility to Dorival Júnior’s men, but also to Fla’s board. That’s because, the triumph sent a millionaire prize with the possible trip of Mengão to the single final of the continental tournament, which will be played on October 29, in Guayaquil, Ecuador.

If confirmed in the Libertadores decision, Flamengo will pocket at least 6 million dollars (about R$ 31.4 million). This is the amount the runner-up earns in the international tournament. Now, if Mengão lifts the competition trophy, the value rises to 16 million dollars (something around R$ 83.9 million).

It is important to mention that, in the budget projection for the current season, Flamengo decided to reach the semifinals of the Libertadores da América and the Copa do Brasil. In other words, both objectives have already been achieved. The amounts received if you make it to the finals of the knockout tournaments would be a “plus“financial one”extra” to the coffers of Mengão.

In addition to the semifinals of the knockout competitions, Flamengo plans to be, at least, in second place in the Brazilian Championship. Currently, Mengão already occupies second place in the ranking, with 44 points, seven behind leader Palmeiras, who has 51, and one ahead of Corinthians, third in the table, with 43.

Returning to Libertadores, Flamengo and Vélez enter the field at 21:30 (Brasília time) this Wednesday (07). The match will be played at Maracanã, for the second and decisive clash of the semifinal of the international competition. As they won 4-0 in the first leg, Fla only hopes to confirm the classification to the decision of the continental tournament soon.

Previous The woman who saw BRL 47,500 disappear from her account after leaving her wallet and cell phone in the gym’s locker room
Next GeForce RTX 3090 and RTX 3080 prices continue to plummet