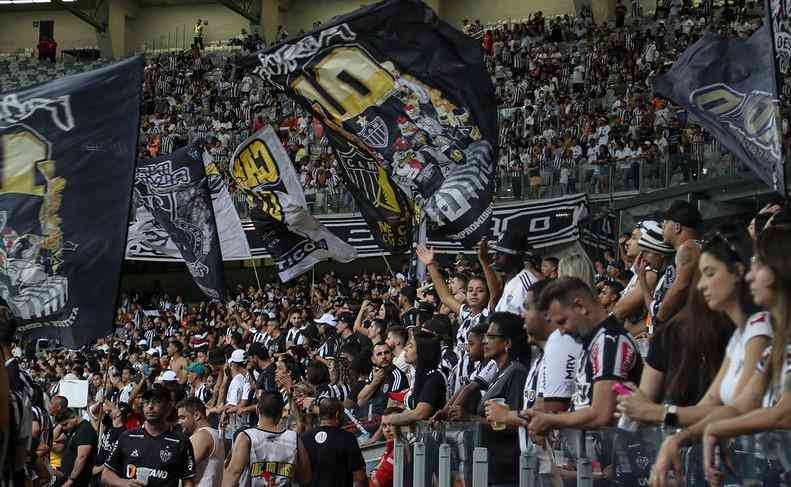 Full house promise! Atltico reported, on the afternoon of this Tuesday (6/9), that it has sold more than 26,000 tickets for the match against RB Bragantino, for the 26th round of Serie A of the Brazilian Championship. The game will take place at 5 pm this Wednesday (7/9), in Mineiro, in Belo Horizonte.

The victory of Galo over Atltico-GO, 2-0, last Sunday (4/9), renewed the spirits of the fans and put the Minas Gerais team closer to qualifying for the 2023 Copa Libertadores.

With the result, Atltico remained in 7th position, now with 39 points, and saw most of the competitors at the top of the table stumble. Now, Cuca’s team seeks victory against RB Bragantino to continue strong in the dispute for a spot in the continental tournament.

“We are the second best visitor in the Brazilian Championship. We are in debt playing at home. That’s what we are failing. So, we ask the fans, as always, to encourage. And we know they will encourage so that we can reduce this delay that we are playing at home”, said Cuca.

“Wednesday is a holiday, a wonderful day for fans to go, and we, God willing, have a great game. Bragantino’s game against Palmeiras was very good. A great team, which also proposes a game. everything to be a great match Wednesday. Hopefully we can have an evolution compared to today and have a sequence of victories, which is what we need to move up the table”, projected the coach.

Previous Daesh claims terrorist attack on Russian Embassy in Afghanistan
Next 🚨 Buy the Galaxy S22 Ultra now with R$ 2,100 off