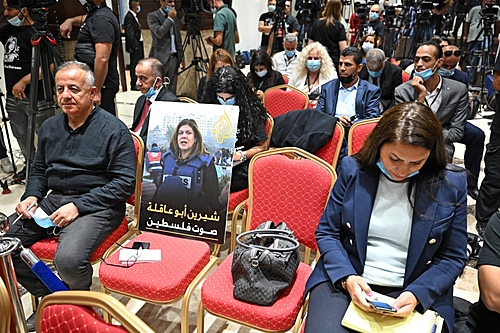 The Israeli army admitted in a report released on Monday that there is a “high possibility” that Palestinian-American journalist Shireen Abu Akleh was killed by a bullet fired by an Israeli soldier.

The conclusion was released by the Israel Defense Forces (IDF) nearly four months after the murder of the Al Jazeera reporter during a military operation in the Jenin refugee camp in the occupied West Bank.

Abu Akleh was shot to the head while wearing a bulletproof vest with the word “press” on it and helmet.

“There is a strong possibility that Abu Akleh was hit by an IDF shot fired at suspects identified as armed Palestinians,” reads the Israeli army report, which admitted for the first time the possibility of guilt in the journalist’s murder.

Despite the document stating that “it is not possible to unequivocally determine which shot killed her”, it points out that “there is a high probability that she was shot by an IDF soldier who did not identify her as a journalist”.

In the hours following the assassination, the Israeli government even publicly insinuated that Abu Akleh might have been killed by “armed Palestinians”.

An investigation by the UN Human Rights Office in June concluded that the fatal shot came from Israeli security forces.

The army report noted that there was a “relevant possibility” that the reporter was shot by Palestinian fire, but said the Israeli soldiers’ shots were aimed at “neutralizing terrorists”.

The Israeli Military Prosecutor’s Office will not open a criminal investigation into the case, and no Israeli soldier will be punished for the journalist’s death.

After the release of the report, Palestinian National Authority (PNA) spokesman Nabil Rudeinah said that this is a “new attempt by Israel to evade responsibility for the murder”. “All the evidence, facts and investigations conducted so far prove that Israel is guilty of this crime,” he added.