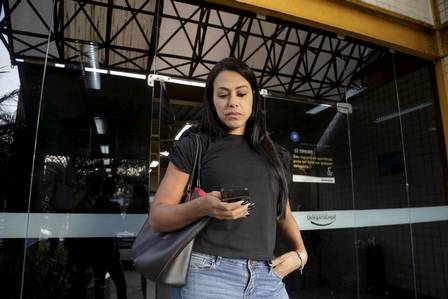 Taking advantage of the allegation of working in the production of Rock in Rio and in the city hall of Rio, Lívia da Silva Moura would have applied a blow to her childhood best friend. The sister of former soccer player Léo Moura, who has already used his name to give credibility to other negotiations, claimed to be from the festival’s production and sold each ticket for R$1,200. Lawyer Silzi Custódio, 41, says that the trio grew up together in Vila Kennedy, in Bangu, in the West Zone of Rio, and that because Lívia organizes parties, she decided to pay almost R$5,000 for five VIP tickets. The lawyer wanted to take her daughter to see Dua Lipa and Ludmilla’s concerts. And she says she fell for a scam.

Rock in Rio: Damage caused by Léo Moura’s sister with the sale of fake event tickets could reach R$500 thousand

More than one case: Lívia Moura’s history of blows, sister of a former soccer player

— I’ve known Lívia since I was 15 years old. We are born and raised in Vila Kennedy. Her family is good-natured. Not only for that reason that I looked for it to buy. I bought it because I had contact with her, even though I knew about her past. People always believe it was an isolated event (the crimes she is accused of committing). If the person has committed a certain crime, continues to work for the city, providing services, you believe that he has a good nature. And the way she went, I believed she would be able to buy it – says the lawyer.

Silzi says that all along Lívia claimed to work in the city hall of Rio and in the production of Rock in Rio.

— Because I saw that she worked at the city hall and because she was in charge of several events that I usually attend, I believed she would get the tickets. I didn’t want anything for free or cheaper. I just wanted to get the ticket because I couldn’t buy it on the website. And as she said it was possible, I believed and bought five tickets: for me, my daughter, my husband, my niece and my stepson. This is the thing that pisses me off the most. My daughter was counting on the event. When I saw that report, I was so in disbelief that I texted her asking if it was true.

According to Silzi, she would have paid more than R$900 for each entry. The amount was paid in some transfers by PIX.

— I paid just over R$900 for Dua Lipa and Ludmilla’s concerts during the day. I wanted to take my daughter early for her to enjoy. She said that after paying the pix, an email would arrive from the production and I had to put in the data: full name, ticket quantity and such. She kept responding and only stopped responding when it exploded (the Civil Police operation). But I had already warned her that I was not able to send the answer. On Monday my sister called me and said that we had fallen for the scam. I didn’t believe it. I sent messages to her and nothing — says the lawyer, who explains how Lívia would pass on the tickets:

“She explained that she got these tickets, that other people had them. She said she didn’t have tickets anymore, but she could get someone else. I would pay for PIX and she would send the tickets.

At the door of the 16th DP (Barra), where more than 25 people have already registered a case against Lívia, Silzi vents again:

“I’m here to file a police report. But I already bought other tickets, all right, all right. It’s frustrating. I’m feeling like a sucker. Money doesn’t solve frustration. I bought others. She took me from a clown. I’m not weird. She knows where I live. She knows about my family. It’s sad. It was the first time I bought. But I knew she sold tickets to various parties.

Previous Bridge collapsed as it was being inaugurated by authorities, in the Republic of Congo – Metro World News Brasil
Next Which Selena Gomez song best suits your zodiac sign?