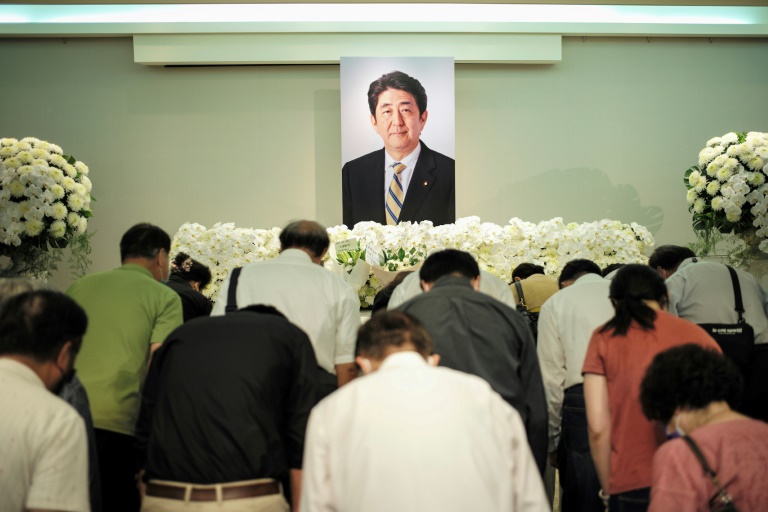 Japan plans to allocate 1.7 billion yen ($12 million) to the state funeral of former prime minister Shinzo Abe, who was assassinated in July, the government announced on Tuesday.

Abe was killed during an election rally in July. The government expects dozens of rulers and former rulers to attend the September 27 funeral service in Tokyo.

But recent polls indicate that nearly half of Japanese voters are against the publicly funded event.

Security is expected to cost nearly 800 million yen, plus 600 million for accommodation and 250 million for the ceremony, explained government spokesman Hirozaku Matsuno.

“Delegates from over 190 (countries and regions) can participate,” Matsuno told a news conference.

The funeral will take place at Tokyo’s Nippon Budokan, a venue used for music concerts and sporting events but which also hosted the last Japanese state funeral in 1967.

A funeral like this for retired leaders is rare in Japan. A survey published over the weekend by the Yomiuri Shimbun newspaper revealed that 56% of respondents are against the event and 38% support the tribute.

Other recent polls have indicated similar levels of opposition. Kishida stated that he is willing to answer Parliament’s doubts on the topic.

The government’s approval rating for the current prime minister has dropped in recent weeks, in part because of the funeral decision.

Some critics do not accept the use of public money to honor a politician, while others consider that a state funeral minimizes Abe’s nationalist views and his alleged favoring of those close to him.

Tetsuya Yamagami, accused of killing Abe and who is currently in prison, reportedly attacked the former prime minister for believing he had ties to the Unification Church.

Yamagami’s mother reportedly made several donations to the church, which, according to her son, caused financial difficulties for the family.

After Abe’s death, a small private funeral was held in Tokyo. Thousands of people laid flowers and expressed their condolences.

Previous Security throws a flag on the track in the Netherlands; organization denies intent | formula 1
Next Jason Momoa, the Aquaman, finally cut his hair; see how it turned out