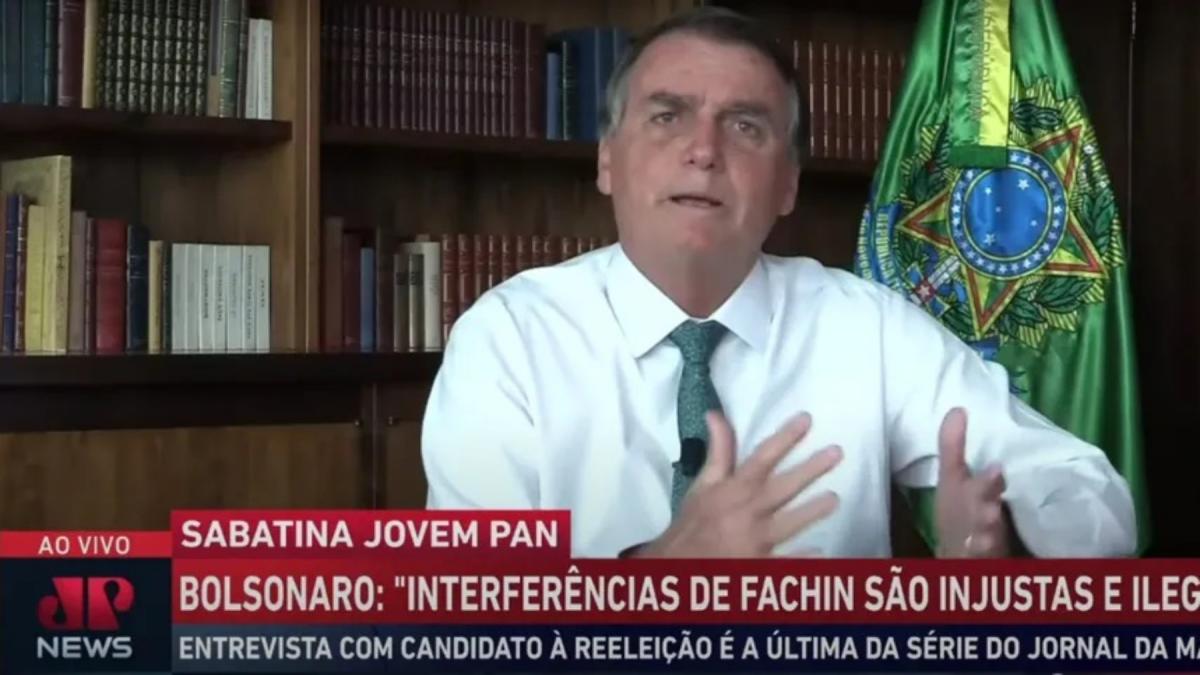 The source of the complaint was not revealed, according to the portal. But, justice authorities were at Jovem Pan’s headquarters, in São Paulo, to deliver the document. One of the points to which the TSE draws attention is that the station did not hear the PT’s version of the facts.

3 em 1 is a program anchored by Paulo Mathias, with the participation of Fábio Piperno, Rodrigo Constantino and Jorge Serrão.

One of the fake news that generated complaints was given by Constantino, involving Lula and maids, last Friday (2).

The Electoral Justice would also have understood that the broadcaster spends excessive time praising Jair Bolsonaro and relaying live talk about the President of the Republic.

According to Notícias da TV, Jovem Pan is analyzing the document and will try to avoid sanctions. One of the punishments would be for the channel to be off the air for 24 hours.

The president returned to attack women on Tuesday morning (6). In an interview with Jovem Pan, the representative was questioned by Amanda Klein about the purchase of real estate in cash by him and his family members.

After hearing the question, Bolsonaro spoke about the journalist’s personal life. “Amanda, you are married to a person who votes for me,” she said.

The Chief Executive continued: “I don’t know how you live in your house with him.”

The first round of elections will be held in October 2nd, a Sunday. The second round – if necessary – will be played on October 30, also a Sunday.