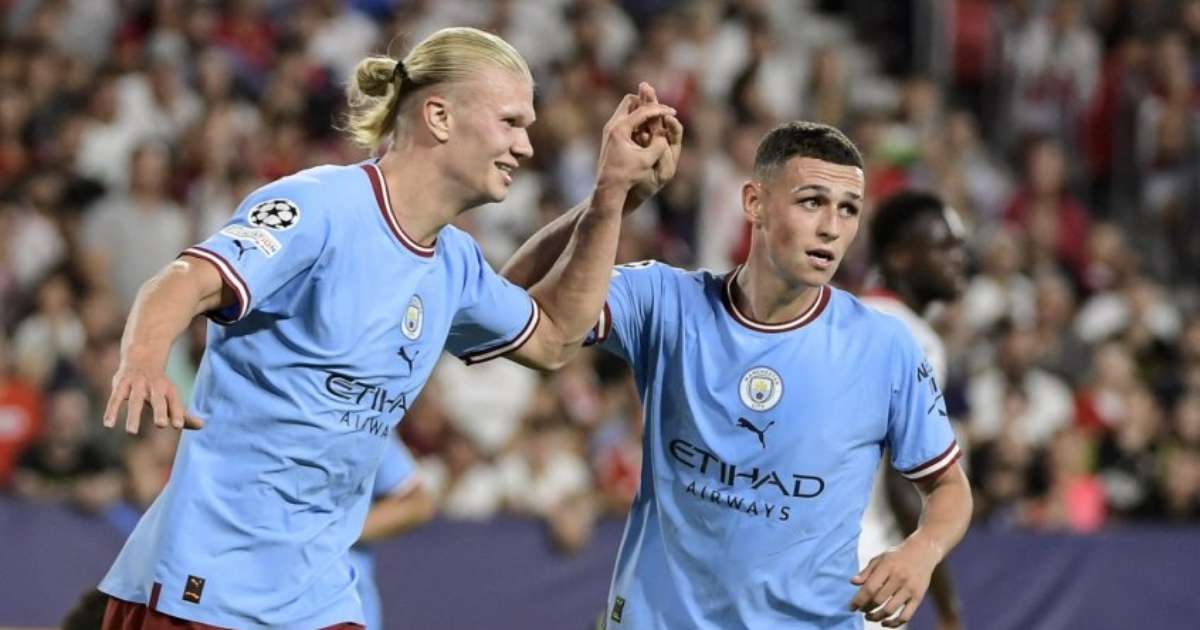 The Shark started out hungry. This Tuesday, Manchester City debuted in the Champions League, and Pep Guardiola’s team took no notice of Sevilla. In a game played at Ramón Sánchez Pizjuán, the English won 4-0, with goals from Haaland (twice), Phil Foden and Rúben Dias.

The duo between Kevin De Bruyne and Erling Haaland, who had already worked in the Premier League, needed just 20 minutes to appear in the Champions League. The Belgian invaded the area, went to the back and crossed for shirt 9 to play first in the small area.

In the final stage, De Bruyne had the chance to extend, but stopped in defense of goalkeeper Bono. Shortly after, at 13, João Cancelo made a move on the right and played for Phil Foden. The shirt 47 dominated, cleaned the marking and hit with class in the corner to score.

THE BALL LOOKS FOR

Haaland showed why he is one of the great candidates to be the top scorer in the Champions League. In the 22nd minute of the final stage, the shirt took advantage of Foden’s kick that stopped in defense of goalkeeper Bono and, with the goal open, only pushed into the nets to make the third. In extra time, Rúben Dias made the fourth and closed the account.

Sevilla and Manchester City return to the field for the Champions League next week, against Copenhagen and Borussia Dortmund, respectively. Before, however, the two teams play for their national championships.