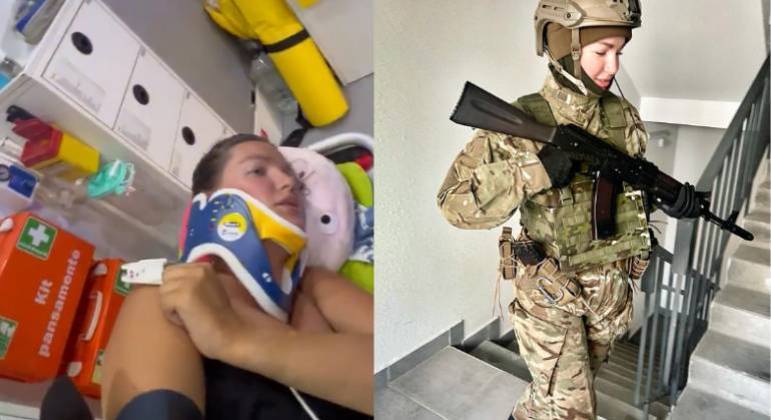 
Anastasiia Lenna, Miss Grand Ukraine in 2015 who enlisted to defend her country against the invasion of Russia, suffered a bus accident on August 27 while traveling between Istanbul, Turkey, and Kiev. In a post on her Instagram account last Monday (5), she said that she has been in the hospital for a week.

The model says that the accident occurred in the city of Focsani, Romania, when the bus fell into a ditch on the road. “There were only two drivers and this is a route that starts at 9 am one day and ends at 5 pm the next day”, he explains.


When passengers asked one of the drivers to stop driving to rest for two hours, he refused and just reduced speed. According to Anastasiia, “the accident could have been avoided”. She says that of the 43 people on the bus, 23 were injured, four of them in serious condition.


“The carrier Gunsel Group bears great responsibility for the accident and will have to answer for what it did. Interestingly, for now, the company is avoiding communication. I want to know why?”, he concludes.

On Instagram, Gunsel Group posted the following statement: “We are deeply saddened by the event that took place on August 27, 2022. Unfortunately, the circumstances behind which most common road accidents in the transport industry occur are diverse and unpredictable. and are not under our control. We were with our passengers from the first moment of the accident and we will continue to support them constantly in a moral and material way.”


After the news that the former Miss Ukraine was fighting Russian forces circulated on the internet, right at the beginning of the Russian invasion in February, rumors arose that the information was false. However, in her Instagram posts, Anastasiia confirms that she is in combat.

“The reliability of the Armed Forces of Ukraine is with us. The concern of the volunteers is with us. With us is the courage of every peaceful citizen who defends the rear and resists the armed occupiers”, he wrote in a publication in which he appears in a military uniform holding a gun.

Lenna also answered questions on Instagram about her role in the Ukraine-Russia war.

Millions of students return to school in Ukraine still at war