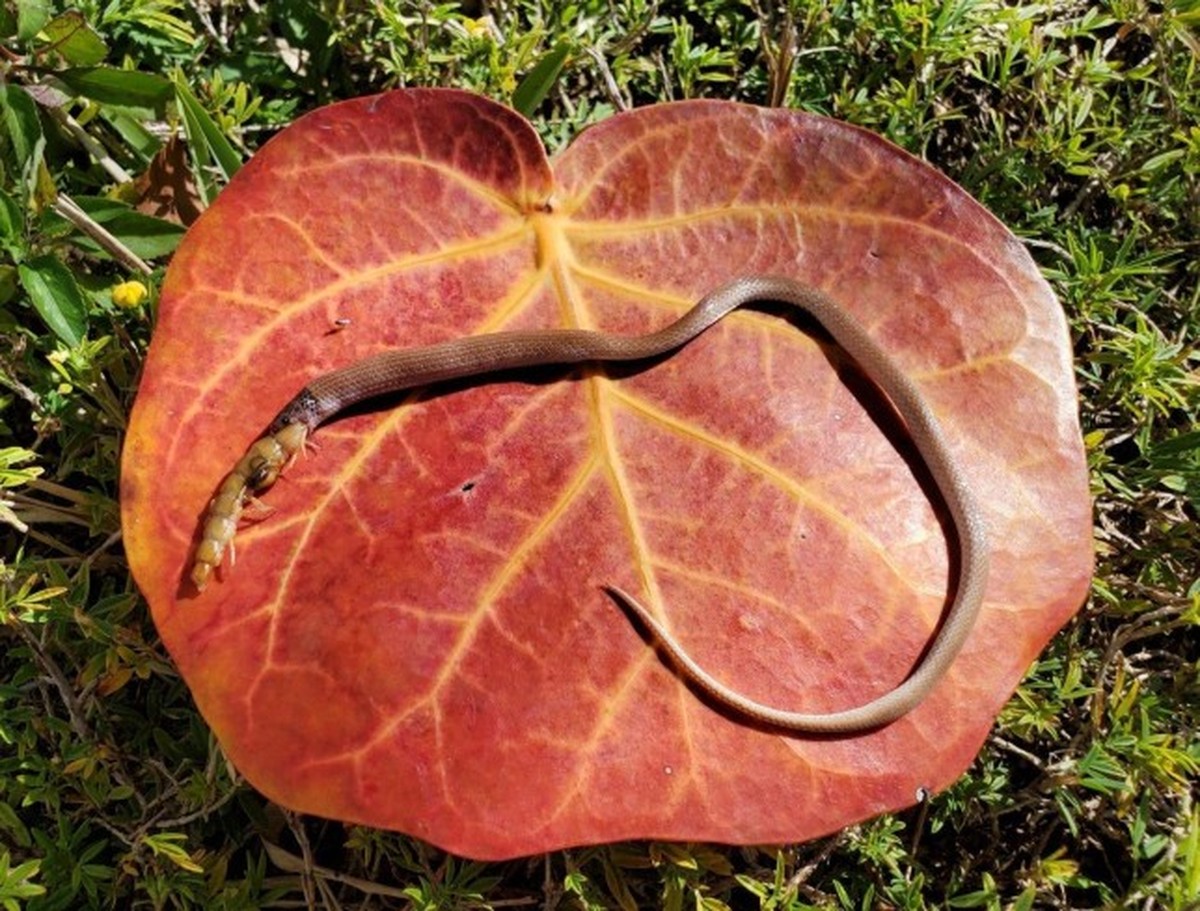 The rarest snake in North America, Oolitic tantilla, was recently spotted in a park in the Florida Keys archipelago of tropical islands in the United States after a four-year hiatus. While this is normally cause for celebration among conservationists, the snake sighting has brought disbelief. That’s because the snake was found dead after fighting a giant centipede, which it couldn’t swallow whole.

The fatal duel marks the first time scientists have observed this snake’s eating habits. It is known that closely related species have a preference for centipedes, but the T. oolitica it is so rarely seen that, until now, no one had a definite idea of ​​what she ate. Researchers at the Florida Museum of Natural History took CT scans and published their results Sunday in the journal ecology.

“I was blown away when I saw the photos for the first time,” said co-author Coleman Sheehy, manager of the herpetology collection (the branch of science that studies amphibian groups) at the Florida Museum. “It is extremely rare to find specimens that died while eating prey, and given the rarity of this species, I would never have anticipated finding something like this. We were all totally stunned,” he explained to the museum’s website.

The snake was initially found alongside a trail by a hiker who alerted park staff. The specimen quickly arrived at the Florida Museum, where researchers hoped to determine the exact cause of death.

The most obvious explanation, given that the centipede was a third the size of the snake, would be suffocation. But snakes are known to devour prey much larger than themselves. Unlike the jaws in humans and most other vertebrates, which are directly attached to the skull, snakes’ jaws are held in place by flexible ligaments and muscles that allow them to wrap their head around food.

To be sure, researchers would need to take a look inside. In the past, this would require a dissection, which causes irreversible damage that could make future studies difficult. More recently, however, scientists have turned to CT technology, which provides an unparalleled view of an organism’s anatomy without physically altering the specimen.

The model revealed a small wound on the snake’s side, likely caused by the centipede’s powerful venomous pincers. It is believed that centipede-eating snakes have some resistance to the caustic venom mixture, but that assumption has not yet been definitively demonstrated, Sheehy said. The bite seemed to cause some internal bleeding, but neither that nor the toxin was enough to stop the snake from killing and partially swallowing its prey.

Instead, the final blow appears to have been caused by the relative size of the two organisms. Close inspection of the CT scans showed that the snake’s trachea was pinched at the approximate location where the centipede’s circumference was the greatest. This likely cut off the snake’s air supply, resulting in suffocation.

Previous US iPhone 14 only works with eSIM, saying goodbye to the physical chip – Tecnoblog
Next Kate Walsh returns to the cast of the new season of “Grey’s Anatomy” – Comma