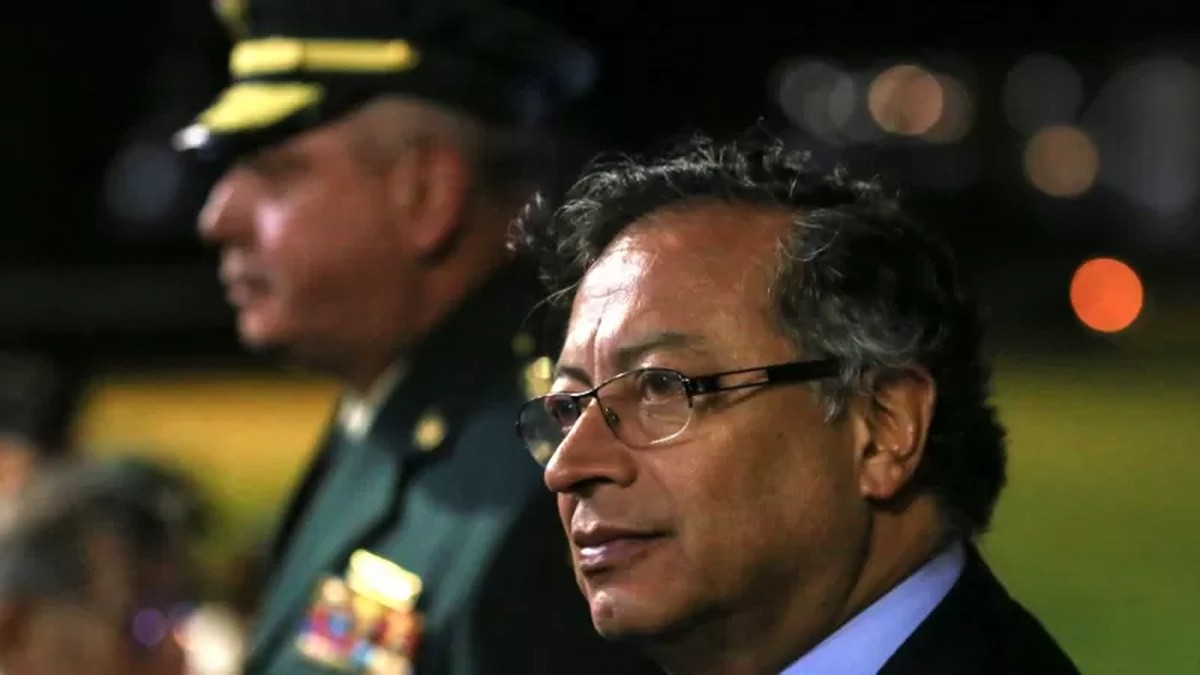 ‘Purge’ in command and limit bombing: how Gustavo Petro’s measures shake the military in Colombia | World

The defense and security policy of Colombia’s new president, Gustavo Petro, has been described as “ambitious”, “bold” and, to critics, “provocative”.

Petro came to power announcing that he had two purposes in mind: “total peace” and “human security”.

The first consists of negotiating and signing peace treaties with the nearly 30 armed groups in the country. The second will try to provide security not through surveillance or pursuit of criminals, but through opportunities, access to basic services and infrastructure.

The adjective ambitious is, without a doubt, the one with the most consensus. 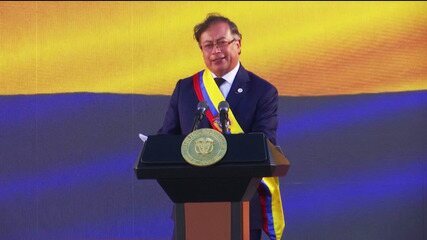 Gustavo Petro takes over as president of Colombia

Petro arrived at the presidency after a virtuous political career denouncing corruption and human rights violations. His plan for peace in Colombia follows this line: leaving behind the war strategies and persecutions inherited from the Cold War, promoting an international debate on the legalization of drugs and transforming the root of the unequal economic model that, according to him, promotes discord. in the country.

The worsening of violence in Colombia continued in the month that Petro came to power: in the period, 12 of the 73 massacres that have been reported so far this year were recorded and 13 social leaders were murdered.

On Friday, an ambush against the police left seven agents dead and increased pressure on a government that, according to experts, is not clear on how it will achieve peace in the midst of the war that the state is still waging against guerrilla groups and drug traffickers, despite the peace agreement signed with the FARC in 2016.

For his project, Petro needs the Armed Forces on his side, but his first military and police initiatives seem to have generated more concern than trust.

“Everything that happened in this first month was a roller coaster ride that left everyone not knowing where we’re going,” says John Marulanda, an influential colonel in the Army’s active reserve.

Security expert Jorge Mantilla points to a similar concern. “There is a high degree of improvisation and disarticulation in the announcements of measures, and this makes the relationship with the Public Force (an institution that includes military forces and the National Police) difficult, whose role in the security strategy is unclear (…) human security, which in theory proposes to expand the supply of State goods and services, goes beyond the attributions of that institution.”

“The conflict in Colombia has changed and it was necessary to rethink the State’s strategy to face it. Petro’s first decisions were necessary, they sent clear messages about priorities in relation to the issue and had to be taken quickly, at a time of popular support , political and legitimacy.”

“The idea of ​​human security is a positive initiative,” adds Alejo Vargas, an expert on security and violence.

“But the first part of the government must be focused on comprehensive security that includes public security in the (conflagrated) regions, because if there is no forceful response from the State and society rejecting violence against the police, we will continue in the common logic of these groups. to test the government to see how it reacts.”

The murders of the seven police officers could create more conditions for talking about peace, but also increase skepticism towards Petro within the Armed Forces.

Since announcing his defense minister — Iván Velásquez, a human rights jurist who has denounced military crimes for years — Petro has made his peace agenda his number one priority.

Last week, he presented a broad legislative project to advance the issue. Even the rapprochement with the government of Venezuela, where some guerrillas are taking refuge, can be seen as part of this strategy.

Below, understand Petro’s four measures in security and defense, unprecedented in the recent history of this country at war, that shook the military sector.

Created to face riots, Esmad is considered an institution designed under the logic of conflict — Photo: Getty Images/Via BBC

1. Purge at the top of the Public Force

All Colombian presidents tend to reorganize the hierarchical structures of the Armed Forces as soon as they come to power. No change, however, was as big as Petro’s.

In less than a month, at least 70 army and police generals and colonels — more than half — were removed from their posts. Some because they are accused of crimes; others without explanation. Announcements have been made gradually, without formal mechanisms. There was one group that was informed of his resignation at midnight. Another whose appointment was soon suspended.

The experts’ concern is improvisation and disregard for the formal, traditional and academic mechanisms that used to define the guidelines for departures and appointments.

In place of those who were removed, Petro appointed colonels and brigadiers who supported the peace process with FARC guerrillas signed in 2016, who are not accused of crimes and who, at least apparently, do not respond to any of those questioned. power structures that managed the Armed Forces for decades.

Local media also reported that Petro’s interest is in promoting more women to the summit.

The result is that, at the moment, the National Police, an entity that Petro wants to remove from the Ministry of Defense, has only eight generals to lead almost 200,000 members.

“The removal of up to 70 generals and colonels, although many of them are not guilty (of crimes) or under investigation, and also having placed two members of his former guerrillas in key institutions (intelligence and victim protection), sends a message force to the military and complicates what is to come”, says Marulanda, referring to the appointment of two former members of the M19, a guerrilla to which Petro belonged in the 1970s.

After the attack on police on Friday, Petro announced that about 2,000 Colombian National Police officers will be relocated to less violent parts of the country.

Minister Velásquez announced last week that a crucial operation in the strategy the military has used to fight illegal armed groups will be reformulated: bombing.

The minister’s goal is to prevent civilians from dying in attacks on suspected guerrillas — especially children, who are often forcibly recruited and used as a shield.

A report by the Legal Medical Institute estimates that one in three bombings has killed minors in recent years.

“Conscripted minors are victims,” ​​Velásquez told a news conference. “Therefore, any military action that is carried out against illegal organizations cannot put the lives of these victims of violence at risk,” he assured.

The measure shows concern for human rights. The Army detailed that the bombings will not stop, but will have new protocols.

However, experts say that in the military mentality this is not the case: for them it is normal for there to be collateral damage and they consider bombing to be the most effective weapon to corner the guerrillas.

Some of the FARC’s historic leaders — Alfonso Cano, Raúl Reyes and Mono Jojoy — were killed in air strikes.

3. Reform of the riot squad

The new government also said it intends to reform — but not eliminate, as some have called for — the Mobile Police Shock Squad (ESMAD), a body prepared to contain protests.

During the social unrest of 2019 and 2021, Esmad was questioned for the misuse of force and for causing the death of dozens of protesters. The UN has blamed police for 28 deaths in the 2021 protests.

Some experts at the time considered that the agency operated under the logic of armed conflict, in which all dissidents in the system were seen as insurgents, and therefore it was necessary to reform the entity with more civilian than military guidelines to face operational situations.

The new director of the Police, General Henry Sanabria, gave some clues of what this reform could be: colors less intimidating than black in the uniforms of the agents, tanks converted into ambulances and a new name for the squad, which would be called Dialogue and Monitoring Unit for Public Manifestation.

“There has to be a change, of course, clarifying that every police force requires a unit that can contain a demonstration that turns violent,” says Sanabria.

An internal communiqué from the Armed Forces reported this week by the website La Silla Vacía assured that the Damascus Doctrine, a civil code of conduct for the institution, devised by then President Juan Manuel Santos after the signing of peace with the FARC, will be implemented.

Another policy that could be a substantial difference between the Petro and previous governments has to do with drug trafficking, a problem that has historically been addressed from the areas of security and defense in alliance with the United States.

“Peace is possible if the policy against drugs seen as a war is changed by a policy of strong prevention of consumption in developed societies,” Petro said in his inaugural address on Aug. 7.

What appears to be a health policy is, however, a change in the military field, as the suspension of programs for forced eradication of coca crops and studies to resume aerial spraying of crops with glyphosate were announced.

Both are policies that contrast with the government of Iván Duque, which was generally more in tune with most military directives.

Petro, however, said that “stopping aerial fumigation for illicit crops is not permission to sow more coca plants.”

“The PNIS (Program for Substitution of Illicit Crops) must be implemented immediately, along with land replacement and agro-industrialization projects for licit crops owned by the peasantry”, assured the president.

In addition to the convenience or otherwise of these new measures, experts are skeptical about the way in which they were announced, because they point out that there was a lack of prior dialogue with the military sector and, above all, the lack of a plan that allows understanding how all these new initiatives will be articulated. Meanwhile, violence in the country continues to escalate.

Mantilla, from the Ideas for Peace Foundation, concludes that “if Petro does not quickly adopt a clear security policy accompanied by differentiated territorial intervention plans in which the Public Force has a specific role, his good intentions will only be good intentions”.

This text was published at https://www.bbc.com/portuguese/internacional-62814436