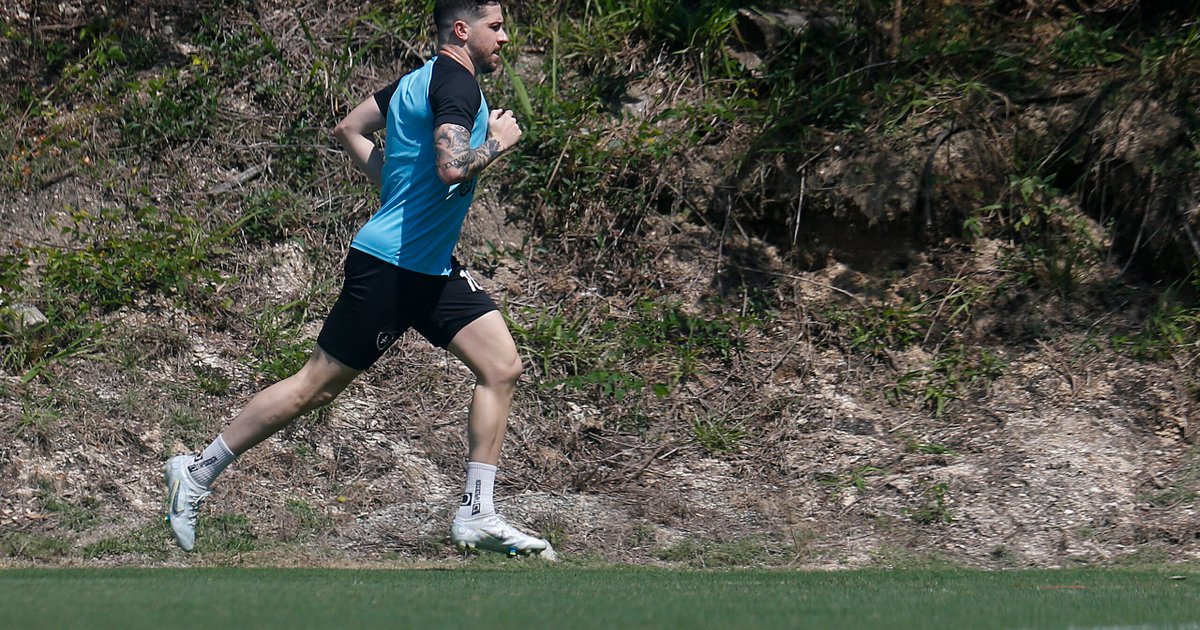 Sauer in transition, Cuesta without a mask and Tiquinho juggler: see photos of Botafogo training this Tuesday

After the well-deserved break on Monday after the victory over Fortaleza at Arena Castelão, Botafogo played again this Tuesday at Espaço Lonier and started preparing for the confrontation against América-MG, next Sunday, at 11 am, at Estádio Nilton Santos.

The club released images of the activity carried out this Tuesday, clicked by the photographer Victor Silva. In them, it is possible to perceive the presence of Gustavo Sauer participating in the warm-up, but not yet training with the ball. The attacking midfielder is in transition after recovering from an ankle infection and, according to “O Globo”, should return to play only at the end of the month.

Another novelty in the training was the presence of the defender Victor Cuesta without the protective mask that has accompanied him since he underwent face surgery, after a shock in the game against Cuiabá, on July 10th. El Patrón had been playing with the equipment since the game against Ceará.

in the images, Tiquinho Soares appears juggling the ball, in those photos that the star Vitor Silva always likes to take. Botafogo’s number 9 debuted last Sunday and showed great credentials. Will his first goal come against América-MG?

There was also the famous “Polish runner” of the players for the birthday boy of the day, the performance analyst Nuno Baptista, one of the Portuguese members of Luís Castro’s technical commission. After a great victory and moving away from the relegation zone, Botafogo is finally enjoying a week of peace.

After the rout (6-1) over Switzerland, Fernando Santos, coach of the Portuguese team, spoke at …