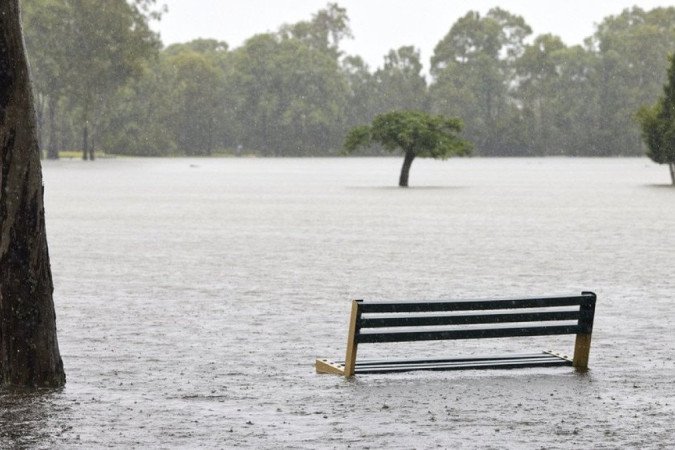 The World Meteorological Organization (WMO) has warned that there is a risk that 2022 will have the third consecutive episode of the La Niña weather phenomenon.

The meteorological agency of the United Nations (UN) has warned that there is a 70% probability that this phenomenon will continue during the months of September and November this year.

If that happens, it will be the first time this century that there’s been a “triple episode” of La Niña.

If it lasts until the end of the year, it will reach three consecutive winters, which is why it is considered a “triple episode”.

The WMO also estimated that there is a 55% chance that La Niña will continue until February 2023.

What is La Nina?

The La Niña and El Niño phenomena are the two opposing phases of the same weather pattern, known among scientists as the El Niño-Southern Oscillation (Enso).

Enso is a natural phenomenon in which the surface temperature in the Pacific Ocean, near the equator, changes. And this has important consequences for the climate around the planet.

El Niño is the warm phase and usually appears first.

It occurs when air pressure conditions change, weakening the trade winds in the Southern Hemisphere of the Pacific.

This is how the winds that usually blow from east to west in that ocean are known, from high pressure subtropical regions to low pressure equatorial zones.

Trade winds carry warm surface water from the equatorial zone off the coast of South America towards Asia across the Pacific.

This causes the waters from the depths, which are cooler, to rise towards the surface.

But when those winds weaken, or blow in the opposite direction, they carry warm water from Southeast Asia to South America.

La Niña is just the opposite: when the trade winds are very strong, the rise of cold deep waters is accelerated and the sea temperature drops below normal.

That’s why La Niña is considered the cold phase of the phenomenon.

Generally, between the two phases, there is a period known as the “neutral zone”, in which neither event is notably active and temperatures average.

Climatologist Alfredo Alpio Costa, a specialist in climate change at the Instituto Antártico Argentino, explains that the Enso is very irregular. The cycles of beginning El Niño and ending La Niña can take between two and seven years.

But these two phenomena do not always alternate on a regular basis. Sometimes, as is happening now, only one of the phases repeats itself several times, without the opposite appearing.

Costa points out that Enso impacts much of the world because “the extent of the equatorial Pacific Ocean is so vast that it ends up affecting weather patterns on a global scale.”

About La Niña, he says that the event causes changes in the Americas, Asia, Africa and Oceania, “but not so much in Europe”, where the climate is affected by other meteorological factors.

“The effects of La Niña in the world are very varied: in the east of Argentina, in the south of Brazil and in Uruguay, it produces drought”, he details.

“However, in northeast Brazil, northern Australia and Southeast Asia, the opposite is true, with increased rainfall. And parts of China, India and Japan, as well as western Canada and southern Alaska (USA) are affected by temperatures lower than expected”, he says.

“East Africa is also hit by drought,” he warns.

In a report on “the first triple La Niña episode of this century”, WMO Secretary General Petteri Taalas highlighted the impact that the phenomenon will have on this continent.

“Unfortunately, the most recent data on La Niña confirm regional climate projections that pointed to a worsening of the devastating drought in the Horn of Africa, whose consequences will affect millions of people”, he writes.

An estimated 18 million people face severe famine as a result of the region’s worst drought in 40 years.

The UN clarifies that Enso is not caused by climate change.

“This is a recurring natural phenomenon that has been going on for thousands of years,” says the agency.

However, she points out that “some scientists believe that [El Niño e La Niña] may become more intense and/or more frequent as a result of climate change, although it is still not 100% clear exactly how this all happens”.

“Climate change is likely to affect El Niño and La Niña in terms of extreme events. Additional research will help to separate natural climate variability from any trends related to human activities,” the report concludes.

– This text was published in https://www.bbc.com/portuguese/internacional-62806797

Previous To preserve submarine cables, Anatel opposes the construction of a plant in Fortaleza
Next Anne Hathaway undergoes appearance change as ‘end of an era’