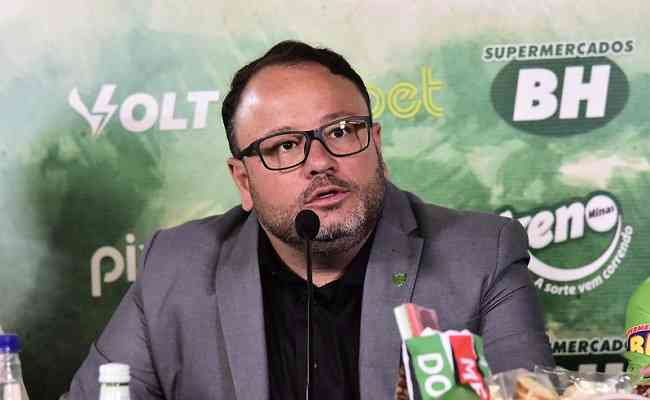 America’s football director, Fred Cascardo explained the negotiations for Pedrinho’s stay at the club. In an interview this Thursday (9/8), the manager confirmed that Coelho talked to Red Bull Bragantino, but was unable to match the proposal from Lokomotiv Moscow, from Russia, for the striker.

According to Fred, America tried to establish fixed values ​​when hiring the 22-year-old player on a loan, something that was denied by the São Paulo club. On Tuesday afternoon, Bragantino communicated Lokomotiv’s proposal so that Coelho could match the values.

“We got together as soon as we received it and evaluated the possibility of Pedrinho’s stay. We made contact with Bragantino again and, also yesterday afternoon, we had a meeting with Thiago Scuro (Bragantino’s football director, who was in Belo Horizonte) and we made a proposal for Pedrinho to stay. This proposal was a purchase right of 50% of the purchase of Pedrinho’s pass”, explained Fred.

As found out by Jorge Nicola, columnist for supersportsAmerica proposed to finance 2 million euros (about R$ 10.5 million) for 50% of Pedrinho’s economic rights, which would be the most expensive company in the history of the Minas Gerais club.
However, Lokomotiv’s proposal was fixed at 5 million euros (R$ 26.3 million), in addition to 1 million euros (R$ 5.3 million) linked to performance bonuses. The high values ​​and the percentage that would be acquired made it impossible for America to reverse the attacker’s exit.
“We tried, according to what was planned within the budget, responsibly, we made a counter-proposal, which Bragantino, in its board, did not agree”, he said.

“Their interest was the sale of 100% of Pedrinho’s rights. From that, we obtained the right to receive a window fee for his stay yesterday afternoon”, explained Fred.

The striker leaves Coelho as one of the team’s highlights of the season. The team’s top scorer in 2022, he scored eight goals and provided three assists in 34 games.

Previous Fans are blasting Harry Styles after new movie trailer
Next Without Dynamic Island: ZTE teases Apple after the launch of the iPhone 14 Pro