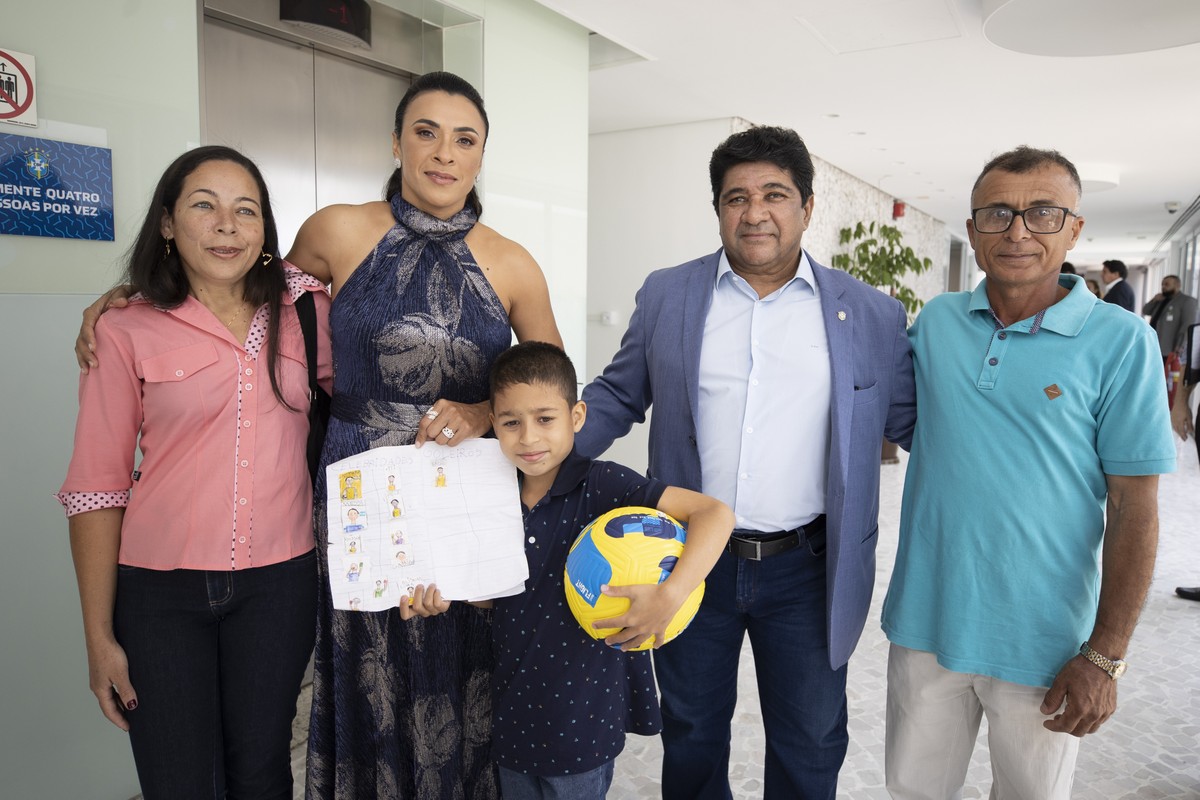 john gabriel and Pedro Maron were received by Marta and Tite, in addition to the president of the entity Ednaldo Rodrigues and received gifts.

The two were accompanied by their parents and went up to the auditorium stage to receive the gifts. They all received national team shirts and the boys also received an album from the Qatar Cup with several figurines.

Eight-year-old João Gabriel appeared in the media after making his own version of the sticker album, as his parents were unable to buy the original. Pedro Maron, on the other hand, went viral after adapting the book and the stickers to Braille. The boy has been visually impaired since birth, after being diagnosed with ACL (Leber’s Congenital Amaurosis).

– Football is love, it’s passion, but it’s also a lot of social inclusion and that’s what you saw today with the story of these two families, these two children. Fantastic and inspiring stories. And that we have to use the sport tool more and more to include these people – commented Marta.

* Intern, under the supervision of Daniel Mundim