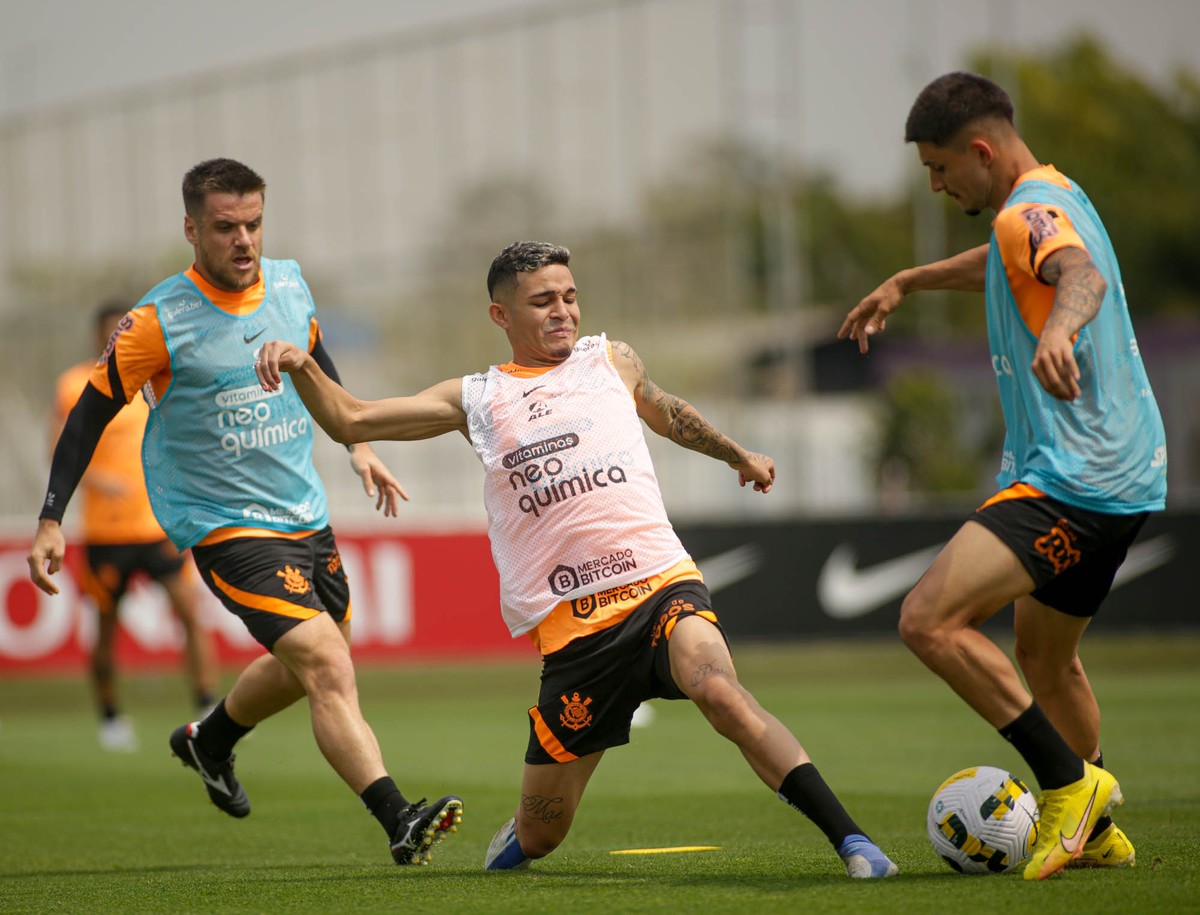 The good news continues to appear in the Corinthians CT. A day after Fagner and Renato Augusto went to the field to participate in training, three other players who were in the DM appear in the images of this Thursday’s activity: Adson, Robson Bambu and Lucas Piton.

The activity was the third in the preparation for the classic on Sunday, at 4 pm, against São Paulo, in Morumbi, for the 26th round of the Brazilian Championship.

Adson had been away for two and a half weeks due to pain in the inguinal region (near the abdomen). The tendency is for him to be reinforcement in the match. Lucas Piton, absent over the weekend due to swelling in his right thigh, also appears in the day’s images and should be listed.

Adson in a ball dispute with Ramiro and Léo Maná at Corinthians — Photo: Rodrigo Coca/Ag. Corinthians

Bambu, who was out of the games for complaining of pain in the rectus femoris muscle in his left leg, also trained. The day also featured Fagner and Renato Augusto in the activities.

Of the players in the medical department, are still absent: Paulinho (who will only return in 2023), Rafael Ramos, Maycon, Júnior Moraes and Raul Gustavo. (see in detail each case of injury at Corinthians).

Midfielder Du Queiroz, who was suspended against Internacional, will be a reinforcement in the classic.

This Thursday, coach Vítor Pereira promoted ball possession work in a reduced space. Then everyone integrated a tactical activity.

If Vítor Pereira does not spare anyone because of the decision next Thursday, against Fluminense, for the Copa do Brasil, a possible Corinthians may have cassio, Fagner, Balbuena, Gil and Fábio Santos; Fausto, Du Queiroz and Giuliano; Róger Guedes, Gustavo Mosquito and Yuri Alberto.

On Friday, again in the morning, the squad continues the preparation for the game. In the Brasileirão, Timão occupies the third place, with 43 points.