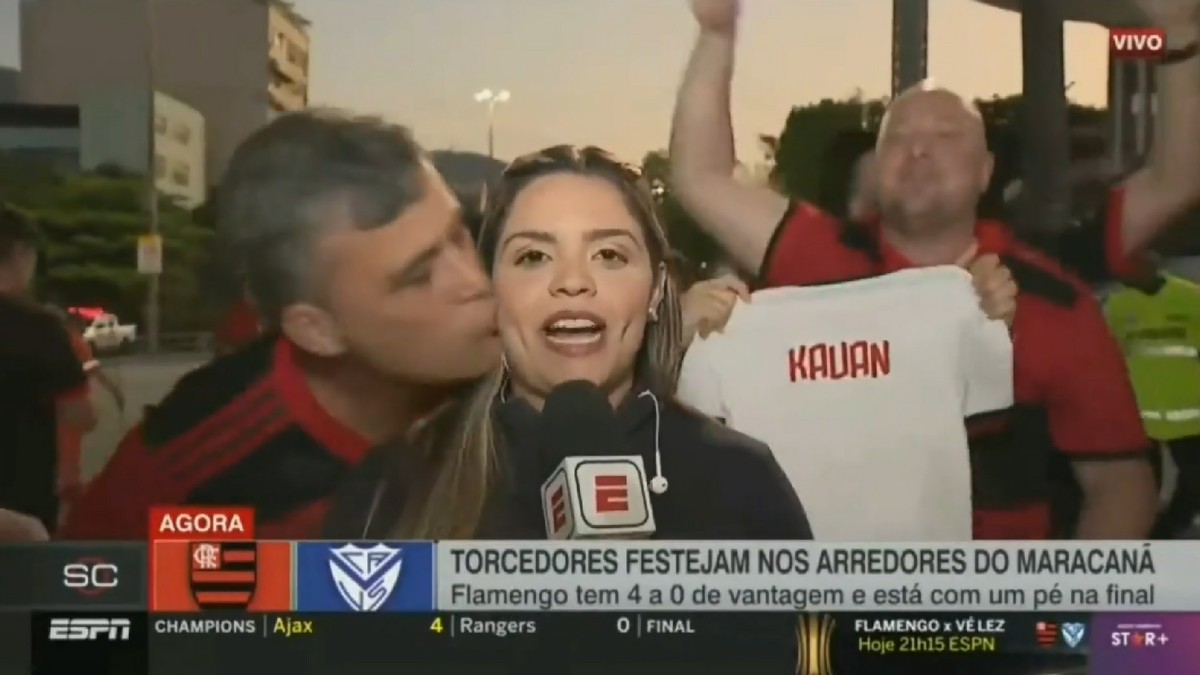 In a statement to the police, ESPN reporter Jéssica Dias said that Marcelo Benevides Silva, the fan who harassed her during a live report at Maracanã, was already molesting her before appearing on the air, cursing and kissing her shoulder. The information was published by g1.

Marcelo, who had gone to the stadium with his son, was arrested in the act. At the custody hearing, the Special Criminal Court maintained the arrest and converted it into preventive.

As well as the g1O ge had access to Jessica’s statement. The journalist said that, around 6 pm, when he was waiting for his turn to go on the air, Marcelo “started screaming, cursing, complaining about the delay in starting the report”.

Jessica turned to him and asked him to stop cursing and calm down. Marcelo approached, apologized, but put his hand on her shoulder and kissed him.

The reporter dodged, and Marcelo, now in front of the camera, tried to kiss her again. The film reporter who was filming her intervened, ordering the fan to leave.

Jessica then entered the air—with Marcelo behind her.

Jessica went on to narrate the arrival of the crowd outside the stadium. Marcelo and other red-blacks shouted and jumped. At the end of the reporter’s entrance, he, without authorization, gave her a kiss on the cheek.

According to ESPN, the team that accompanied Jessica managed to hold Marcelo and asked the PMs to take him to the police station.

“The Regatta Club of Flamengo repudiates the harassment committed by a red-black fan with ESPN journalist Jessica Dias during a report before tonight’s match. It is unfortunate that disgusting acts like this, which do not represent the Red-Black Nation, still happen.”

Also in a statement, ESPN stated that “reporter Jéssica Dias was the victim of harassment at the door of Maracanã, where she worked covering Flamengo x Velez”.

“Attitudes like that don’t fit on our planet today, whether at a football game or at any woman’s house. Our team that accompanied Jessica managed to arrest the aggressor and asked the police to refer him to the Maracanã police station.

Jessica, as every woman should do, filed a police report. ESPN and Disney repudiate any type of aggression against women. The company will fully support our reporter and we hope that the aggressor will be punished with all the rigor that the law allows.”

“The Court of Justice of the State of Rio de Janeiro confirms that the arrest of Marcelo Benevides Silva was converted into preventive custody after a hearing held at the outpost of the Juizado do Torcedor e dos Grandes Eventos, during the shift at the Maracanã stadium on Wednesday ( 7/9).” 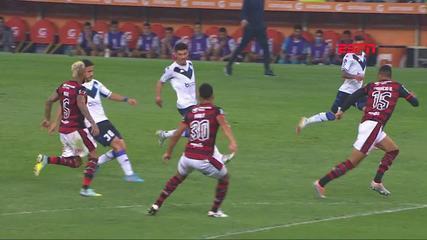