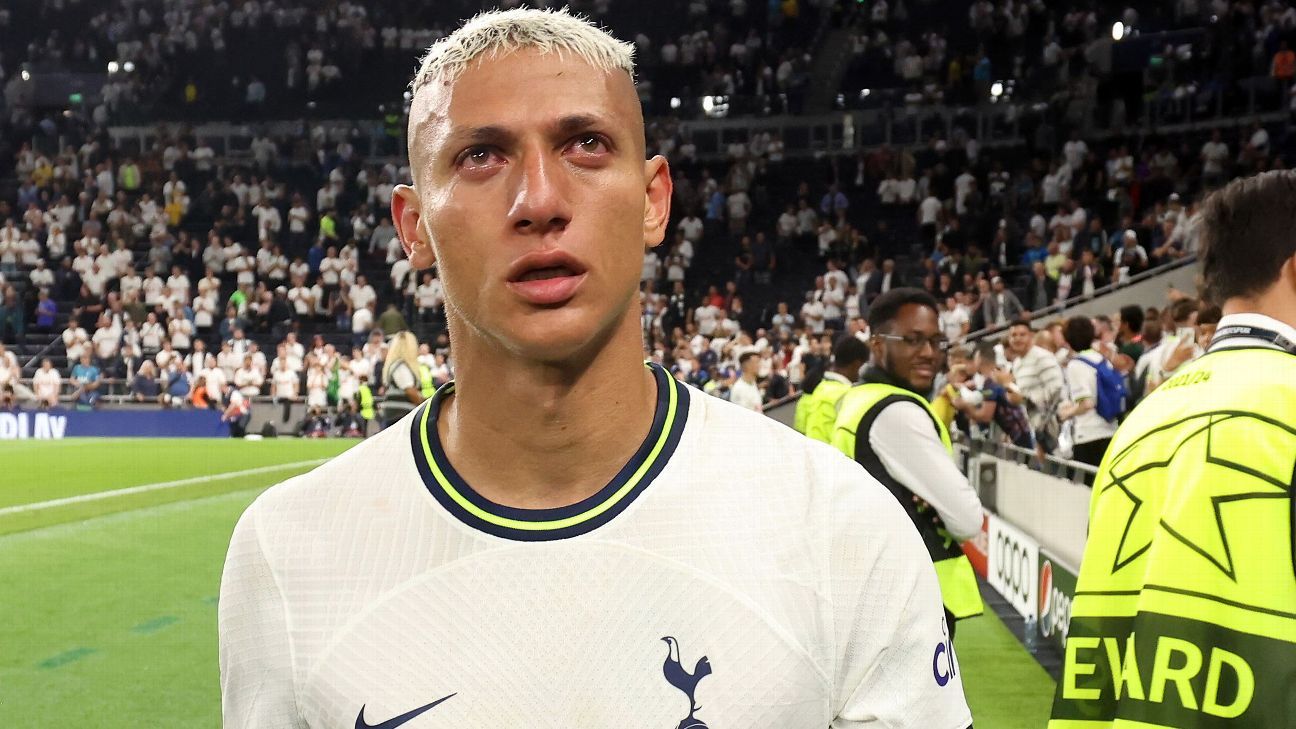 Richarlison gets emotional in his Champions League debut, cries when celebrating a goal with his father and is praised by Conte: ‘A fighter’

richarlison played his first game Champions League this Wednesday – and what a debut the Pigeon had! For the 1st round of group D, the Brazilian scored the two goals in the victory of tottenham over the Olympique de Marseille 2-0 at Tottenham Hotspur Stadium in London.

The feat brought great emotion to the Brazilian after the end of the match. When hugging his father, present at the stadium, shirt 9, chosen by Uefa as the best on the field, could not hold back his tears.

Still moved, the Brazilian talked about cryingin an interview with TNT Sports. “I dreamed of this moment. Today my father and my brothers were present. Very happy to be able to fulfill this dream. For me, this is a very big achievement, I hope to continue like this, working hard to achieve greater things.”

“For my struggle, my day-to-day delivery, everything I went through to get here, I think it’s deserved. For me and all the team that helped me on the field (the prize). Very exciting to arrive at the stadium. Music time, I was looking forward to this moment“, said.

Richarlison also made a point of talking about Antonio Conte’s work at the club. “Commitment, we work hard every day to give our best. Conte encourages us, scolds us and does everything so that we can improve every day”.

The Italian coach, even, did not spare praise for the Brazilian. In an interview with the club, Conte said that Richarlison deserved the goals for his work and even remembered the striker’s arrival.

“I am very happy for Richarlison, he deserved to have this night, this satisfaction of playing in a Champions League. He’s a really good guy, a fighter,” he stated.

“I remember very well when we hired him, I read his interview. He said he couldn’t wait to hear Champions League music. Today, I remembered what he said and I told him: ‘you deserve to live this moment, you’re doing your best”, he concluded.