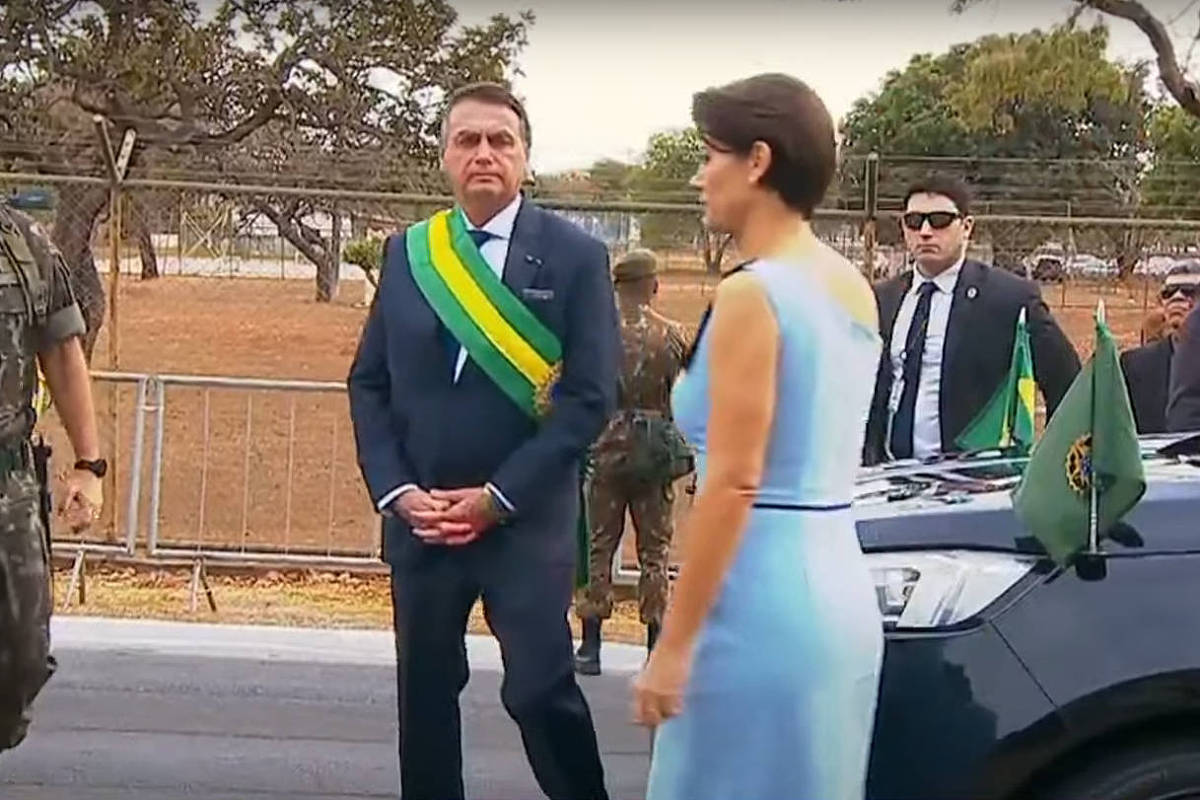 The episode took place when the presidential convoy was preparing to leave the Palácio da Alvorada towards the Esplanada dos Ministérios, where the Bicentennial of Independence parade took place.

Bolsonaro arrives next to a car, in which Michelle was already in, and opens the front door, while TV Brasil journalists narrate the moments before the parade. The two have what appears to be a tense conversation and the scene plays until someone interrupts and lowers the camera.

Campaigners said the episode had more potential to harm the campaign than his proclaiming himself “unbroken” in a speech hours later. The cut excerpt is already being shared on social media.

Michelle has been seen as an asset by bolsonaristas to win the female vote, in addition to the evangelical and conservative. She started to play a leading role in the campaign: she has already starred in one of the electoral propaganda pieces and has often spoken with her husband.

It is important, therefore, that the two manage to convey an image of harmony and harmony. That’s why he worries that the episode can be read as a rift between the couple.