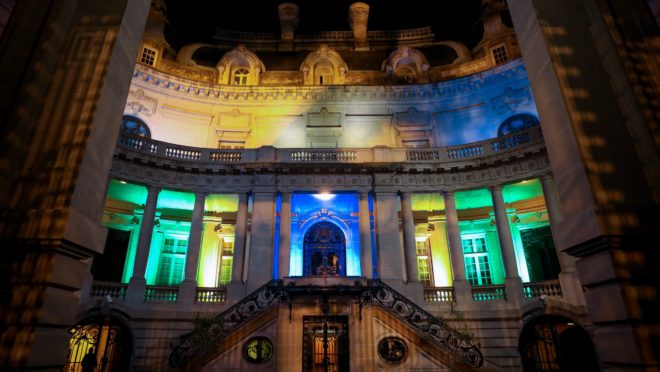 World leaders speak out on the bicentennial of Independence

Leaders from several countries greeted Brazil, this Wednesday (7), on the occasion of the 200th anniversary of the country’s Independence. Among prime ministers and secretaries of state, some of them took the opportunity to highlight the good relationship with Brazil, such as the US secretary of state Antony Blinken and the Canadian prime minister, Justin Trudeau.

The Argentine Minister of Foreign Affairs, Santiago Cafiero, emphasized friendship and cooperation between the two nations “above any difference”, in reference to political differences between the countries’ rulers.

Leaders from China, the United Kingdom, Peru and Mexico also spoke. See the statements below:

In a note, US Secretary of State Antony Blinken congratulated the country on the bicentennial of Independence and highlighted the good relationship between the two countries.

“As the two largest democracies in the Western Hemisphere, Brazil and the United States share a commitment to supporting democracy throughout the region and demonstrating its benefits to all peoples,” the note reads. “Brazil and the United States continue to work on deepening our vital strategic and economic relationship. Together, our countries can ensure regional peace and security, advance human rights and racial justice, and build a safe, healthy, sustainable and prosperous future for generations to come,” concluded Blinken.

Queen Elizabeth II also sent a message to the country on the occasion of the bicentennial. Through the charge d’affaires of the United Kingdom Embassy in Brazil, Melanie Hopkins, she also recalled her coming to Brazil in 1968.

“Amidst the celebration of the important occasion of the 200 years of Independence, I would like to congratulate Your Excellency and send my congratulations to the people of the Federative Republic of Brazil, remembering with affection my visit to the country in 1968. May we continue to work with hope and determination to overcome global challenges together”, reads the Queen’s message.

In a post on social media, Hopkins highlighted that the message is “another symbol of the importance of Brazil to the UK”.

On social media, the Chinese embassy in Brazil broadcast a message from Chinese dictator Xi Jinping. The president said that “being the largest developing country in the western hemisphere, Brazil has followed the path of peaceful development of independence and autonomy, and has an important projection in regional and international affairs”.

The Argentine Ministry of Foreign Affairs also used its official Twitter profile to greet Brazil on the bicentennial of its Independence. “We salute the Brazilian people and their government on the occasion of the commemoration of the 200th anniversary of their independence. We will continue to work towards an increasingly stronger integration”, says the publication.

At dawn on Wednesday, the San Martín Palace, the ministry’s headquarters, and the Kirchner Cultural Center were lit up with the colors of the Brazilian flag. “We are fraternal peoples of the Great Fatherland, united by friendship and cooperation above all differences”, said the Argentine Minister of Foreign Affairs, Santiago Cafiero.

The Ministry of Foreign Affairs of Peru also used social media to greet the Brazilian people. “Peru celebrates the Bicentennial of the Independence of Brazil, celebrates its history and culture and wishes for an increasingly full Peruvian-Brazilian brotherhood, with democracy, prosperity and sustainable development,” reads the post.

In a statement, Canadian Prime Minister Justin Trudeau congratulated Brazil and said he recognized “the many contributions that the Brazilian people have made around the world”. Trudeau recalled that during World War II, Canadian and Brazilian soldiers fought as partners to help liberate Europe from Nazi Germany. This, according to the prime minister, created strong ties between the two countries that last until today.

“Over the years, ties between Canada and Brazil have been further strengthened through partnerships in regional and multilateral institutions such as the G20, the Organization of American States and the United Nations,” he said.

“Our two countries are united by strong interpersonal ties, with more than 120,000 descendants of Brazilians living in Canada today. His many contributions to our social, cultural and economic fabric help make Canada stronger, more diverse and more inclusive.”