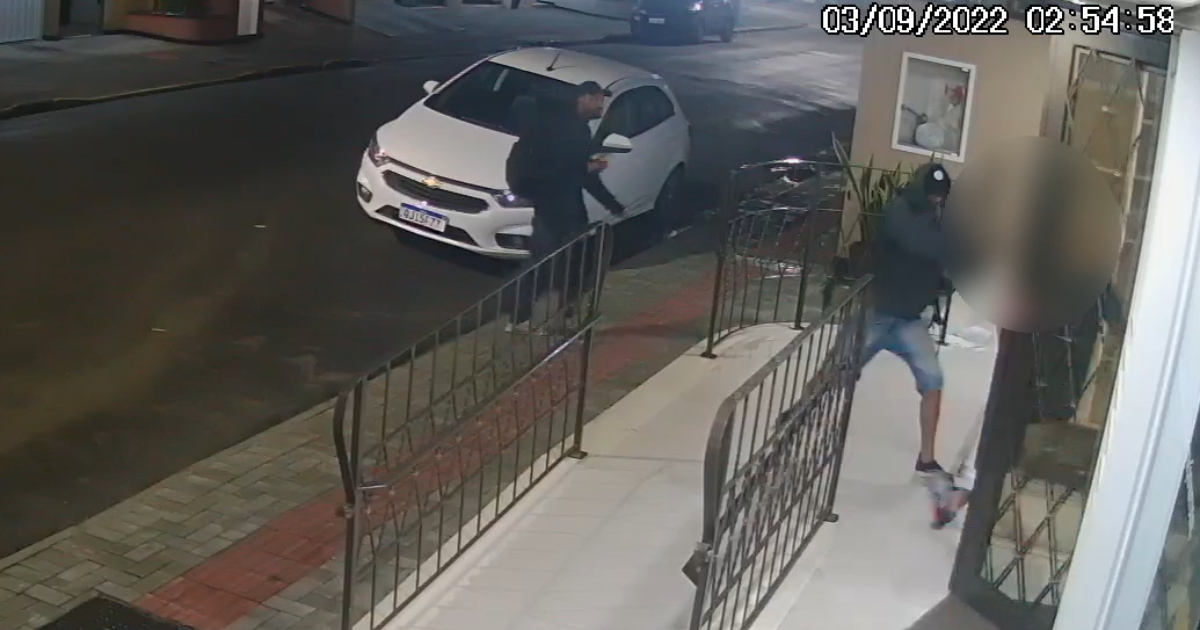 On the afternoon of this Wednesday, 7th, the Military Police recovered three stolen cell phones in Itapema. One of the devices belonged to a young man who was approached at the door of his house on Saturday, 3, in the Meia Praia neighborhood.

According to the record, the victim was arriving at the building where he lives when he was approached by two men. He was already with the door of the building open when the suspect took his cell phone from his hand.

The young man got into a physical fight with the man, but he was unable to retrieve the device. In the video, recorded by the building’s security camera, it is possible to see the moment of the criminals’ approach and escape.

Throughout the week, the young man helps the Military Police in the search for the device. Through the cell phone tracking system, the garrison managed to locate the 17-year-old suspect around 3 pm this Wednesday.

Along with the man, the police found three devices, one of them being the victim’s, which was wrapped in aluminum foil with the intention of blocking the tracking signal. Asked about the other cell phones, a pink iPhone 8 and a black iPhone 11, the suspect could not explain the origin.

The suspect was identified and was driven to the Itapema Civil Police Station for the appropriate procedures.

Victims of theft or theft of devices similar to the two recovered can look for the Civil Police of Itapema to verify the possibility that their smartphone has been recovered.

Read too:
– 37th Oktoberfest: full menu and more party news are presented in Blumenau
– 33-year-old man is arrested for rape of vulnerable in Indaial
– Pizza delivery man is robbed by a gunman in Rio do Sul
– Brazilians will be able to move balance in different banks with just one application
– Group that adulterated milk is condemned in SC; check sentence
– Elections 2022: meet all the candidates from Santa Catarina and Brazil

– Watch now:
Karsten family mansion has details that reveal the company’s origin and textile history in the region