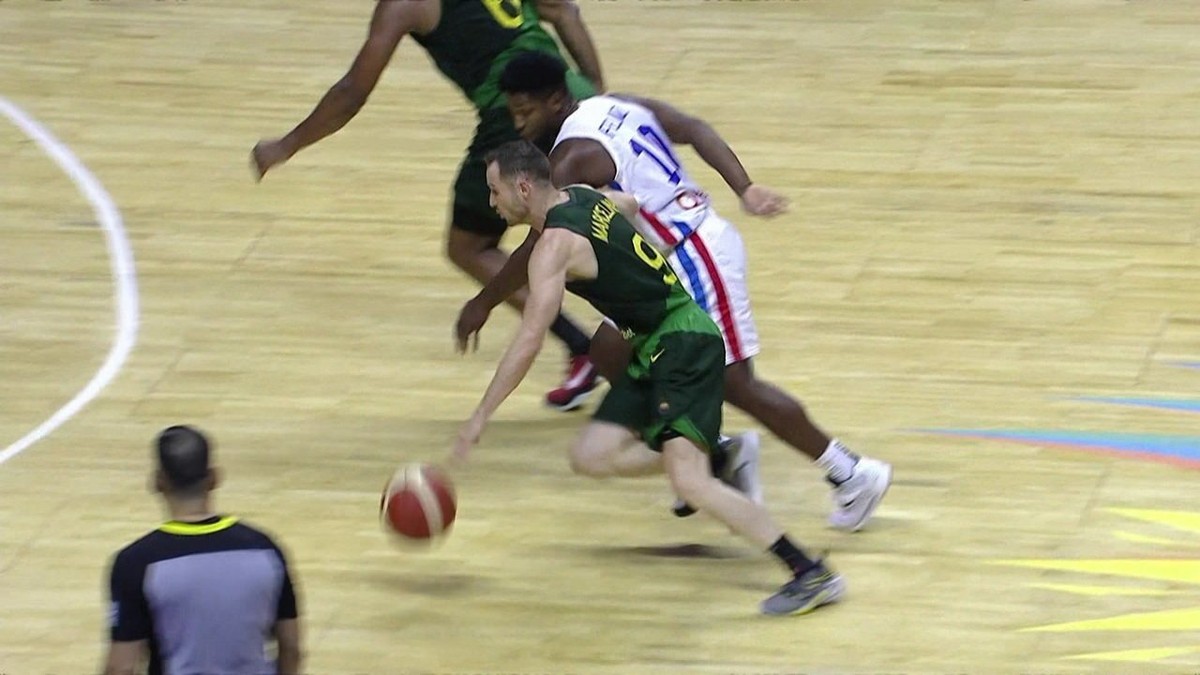 The dream of a five-time Brazilian championship in the Copa América de Basquete remains alive after a 80-68 victory over the Dominican Republic in the quarterfinals, on Thursday night, at the Geraldão gymnasium, in Recife. Now, Brazil faces Canada in the semifinals, who beat Mexico. The game will be Saturday (with Sportv broadcast).

Whoever passes the duel faces Argentina or the United States, which passed through Venezuela and Puerto Rico, respectively, in the quarterfinals this Thursday (see more details at the end of the article). 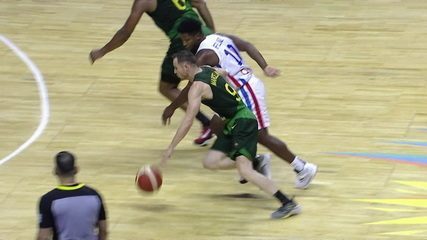 On the court, the team had difficulties, but managed to overcome the physical game of the Dominicans and scored a lot in the opposing lane, building good offensive movement that resulted in duels of their pivots against lower athletes. No wonder, Felício was the scorer of the game – and elected best of the match – with 16 points, and Lucas Mariano had 10.

Huertas, with 15, Leo Meindl, with 14, and Yago, with 11, also scored well. On the Dominican Republic side, Feliz and Rodriguez each had 14.

The team entered the game connected – unlike the apathetic start against Uruguay. The starters started well, with Lucas Dias scoring the first five points, Huertas and Felício scoring and Georginho and Leo Mindl standing out in defense. Brazil opened 14 to 4 and dominated the match.

That didn’t last long. The Dominican Republic changed the team, adjusted the marking and started hitting threes. In a matter of a short time, the Brazilian advantage fell to the ground and the visitors ended the fourth turning the score to 20-18. 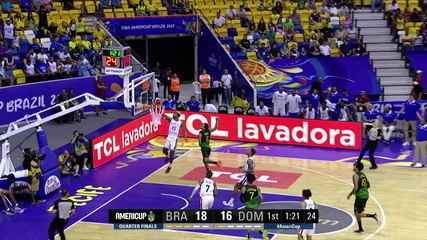 1st quarter: Yago is disarmed in the backcourt and Dominican Republic draws. 18 x 18

Brazil came back betting on infiltrations with Yago and Didi Louzada, but the Dominican Republic remained dominant in the offensive line – center Jeromy Rodriguez reached the mark of ten points – and opened 35 to 24.

The selection “returned to the game” betting on pick and roll plays that forced the Dominicans to change markings. Lucas Mariano made two baskets like that. In addition, the three-pointer dropped again, albeit timidly – with Leo Meindl.

The final score of the second quarter was 37 to 34 for the opponents. With the right to beef between Feliz and Yago after the final whistle, which generated an argument between players quickly resolved.

The third quarter was marked by balance, but a moment of lack of control by the Dominican team helped Brazil. Delgado got annoyed with a move in which he asked for a foul not given, made an aggressive gesture towards the referee – with a punch in the air – and ended up being sent off with two technical fouls.

In addition, after the selection converted the free throws, Rodriguez made an unsportsmanlike foul, which earned Brazil new points. The selection turned and extended the score to 51 to 47, but errors in the last possessions allowed the Dominican Republic to draw 55 to 55. 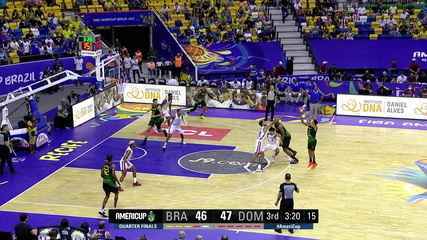 The last quarter saw Brazil hit their three-pointers again, with Huertas and Leo Meindl. The growth of the selection in the game raised the crowd, who pressed and the Dominicans seemed to feel it – missing ball possessions and three-point attempts.

Brazil did a great offensive work, confusing Dominican marking and giving duels in the lane between their pivots and the opponents’ lower players. Felício made the party in the last quarter, scoring points or taking fouls that resulted in free throws, and with that he ended up with 16 points. 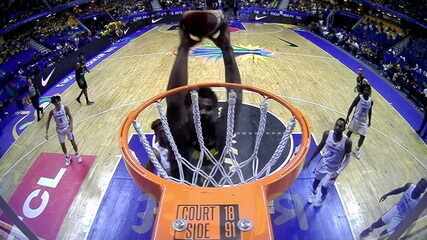 4th quarter: Felicio receives from Huertas and goes for the pin. 61 x 59

Brazil’s opponent in the semifinals, Canada beat Mexico 82-77. Mexican pivot Daniel Amigo was the scorer of the game, with 20 points, followed by fellow point guard Gabriel Giron, with 19. For the Canadians, Dalano Banton was the leading scorer , with 16, followed by Jahvon Henry-Blair, with 14.

USA wins in the last second

In a tough battle against Puerto Rico, the United States won by 85 to 84 with a basket in the last second, from point guard Norris Cole – who finished as the scorer of the game, with 20 points. Also point guard Jeremy Pargo scored 15. For Puerto Rico, point guard Tremont Waters had a double-double with 16 points and 12 assists. And guard Ethan Thompson also scored 16 points.

Quite calmly, Argentina passed through Venezuela to make the semifinal against the United States. The hermanos won by 76 to 53, with point guard Facundo Campazzo and wingers Juan Valet and Gabriel Deck all with 12 points. The Venezuelan Jose Materan was the scorer of the game, with 15 points.

Previous Only Murders in The Building Season 2
Next Caixa Tem: Learn how to unlock the account by WhatsApp