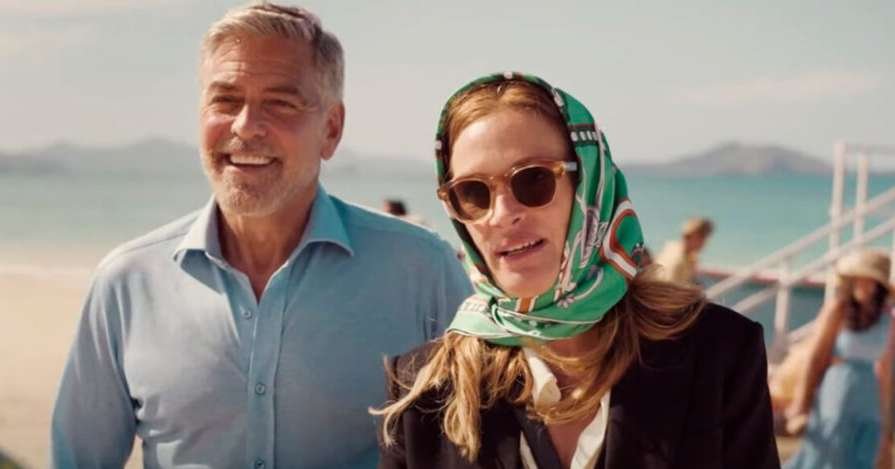 Oscar winner George Clooney and Julia Roberts return to the big screen as a divorced couple reunited thanks to a common mission. In “A Ticket to Heaven” they want to stop their daughter, completely in love, from making the same mistake they did in the past – getting married.

The romantic comedy aims for the imagined: the sweet surprise of second chances. Lily, played by Kaitlyn Dever, is the couple’s daughter, a recent graduate of the University of Chicago. She travels to a graduation in Bali and falls abruptly in love with a local Balinese. She impulsively decides to get married and the young woman’s unexpected decision makes her parents decide to hastily travel to the island, to try to prevent their daughter from advancing the idea. From then on, actions and reactions can end up bringing the two together again, being an opportunity to rethink, after the daughter’s marriage, the relationship itself. Directed by Ol Parker, the same as “Mamma Mia: Here We Go Again!”, “A Ticket to Paradise” was filmed in Queensland, Australia, and had incentives from the Australian Federal Government and the film agency Screen Queensland, through the Production Incentive Strategy program.

Men – Faces of Fear
The other novelty on the big screen comes with suspense, in the feverish and mutant style of “Men – Faces of Fear”, by the provocative British director Alex Garland. In the plot, after a tragedy in her marriage, young Harper, played by Jessie Buckley, retires alone to a country house looking to find a place to heal from the cold. What begins as a proposal for a bucolic and invigorating experience turns into a context of tension and fear. When someone or something from the surrounding forest appears to be chasing the girl, the seething dread “becomes a complete nightmare inhabited by her darkest memories and fears.”

Moving from tension to dramatic comedy, from France comes “The Next Step”, which has already brought more than 1.5 million spectators to cinemas in France. The direction is by French director Cédric Klapisch, the same as “The Spanish Hostel” and “Russian Dolls”. The plot follows the process of rediscovering and overcoming a promising dancer after suffering a painful trauma during a performance. Marion Barbeau, a member of the Paris Opera Ballet company, appears on screen in her first role as an actress. “The Next Step” was part of the selection of the Varilux French Film Festival 2022 and received several important accolades from the public and critics.

Rich in beautiful movements and choreography, the film features important names in French cinema such as Denis Podalydès, Muriel Robin, Pio Marmai and François Civil. To pack the movements giving even more realism to the scenes, there is also the participation of the Israeli choreographer, dancer and composer Hofesh Shechter as part of the cast and responsible for the choreography and music of the film. All to drive the plot, focused on Elise, a young and talented dancer who tries to move forward in her daily challenges, even though her body and heart are wounded.

Check out Marcos Santuário’s comments about the news in cinema:

Previous Charles III: crowd welcomes king with tears in Buckingham – 09/09/2022 – World
Next Club World Cup 2022: FIFA plans to host tournament in the US in 2023 | international football