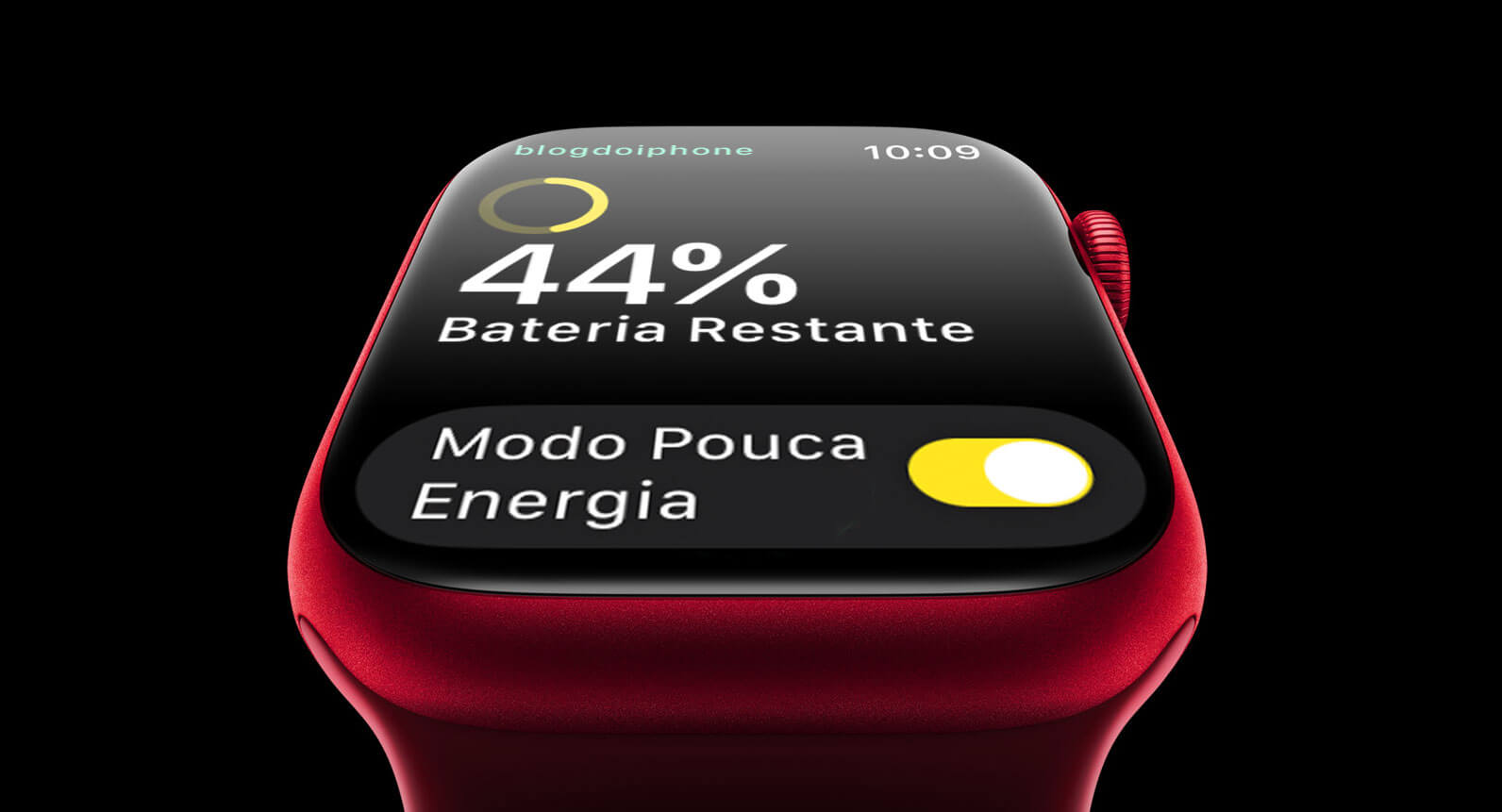 how it works and what models are compatible » iPhone Blog

The Apple Watch’s big “Achilles heel” has always been the your battery life.

Year out, year in and the fact that we have to take our watch off our wrist every day to recharge is something that bothers a lot of people.

But after a long 7 years since its launch, Apple finally includes in the Watch a mode of low energy consumptionsimilar to what exists on the iPhone.

See in this article how it works and which Watch models support the feature.

In the same year that it launched the Watch, Apple also included a new feature in iOS 9: the Low Power Mode.

The goal was to allow the user to choose a state of the device that uses the processor less, thus using less battery during that period.

Although this good alternative exists on the iPhone, on the watch Apple had never applied the same solution. Which is surprising given that battery life is vital for the smartwatch.

The only thing Apple proposed was a Power Reserve modewhich was extremely limited.

When activated, all functions were blocked and the user only had access to the time, nothing else.

This is happily over.

The resource Power Reserve was replaced in watchOS 9, giving way to Low Power Modesimilar to the iPhone’s namesake feature.

But the big difference is that the user will be able to continue using the watch and its apps, without the screen being turned off.

We tested the feature on an old Series 4 with already degraded battery health (72%) and mode virtually doubled the duration that day.

We haven’t tested it on newer models yet, but this feature really gives the battery life. 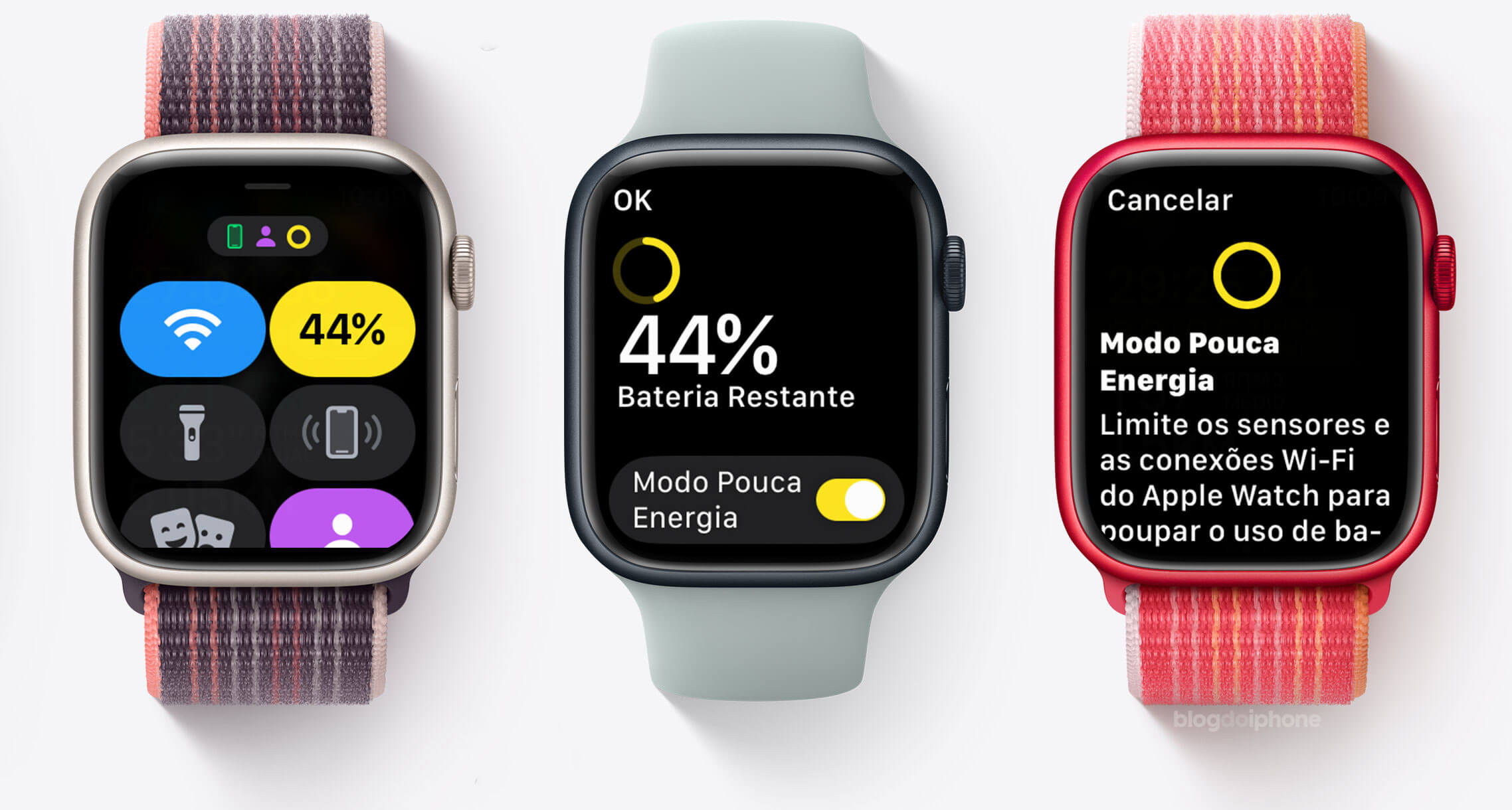 By activating this feature, the Apple Watch will disable some functions that are not a priority.

This includes the always on screenO automatic exercise start, heart health notifications and even cellular network connectivity (on compatible models). It will also limit sensors and Wi-Fi connections.

Therefore, it is worth evaluating whether it is worth leaving this mode ever active, as with the iPhone. That’s because the watch will stop working on what makes it famous: warning about occasional heart problems that the wearer is unaware of.

Bear in mind that this mode is mainly aimed at specific situations, such as a short trip or a trail where you are far from an outlet and need the battery to last as long as possible until it is recharged.

When activating, the user can choose a specific period: 1 2 or 3 days. Or activate it definitively until it turns off manually.

Rumors said that this Low Power mode would be exclusive to new models released this year.

In fact, the watchOS beta did not show this functionality active.

But the final version of watchOS 9 has been released brings the function to all watch models.

So, the Apple Watch models that support Low Power mode are:

The Series 3, which was sold by Apple during mid-2022, will not receive watchOS 9 and therefore will never have this new power saving mode.

Previous Club World Cup 2022: FIFA plans to host tournament in the US in 2023 | international football
Next Relationship with Diana was a challenge for Queen Elizabeth II