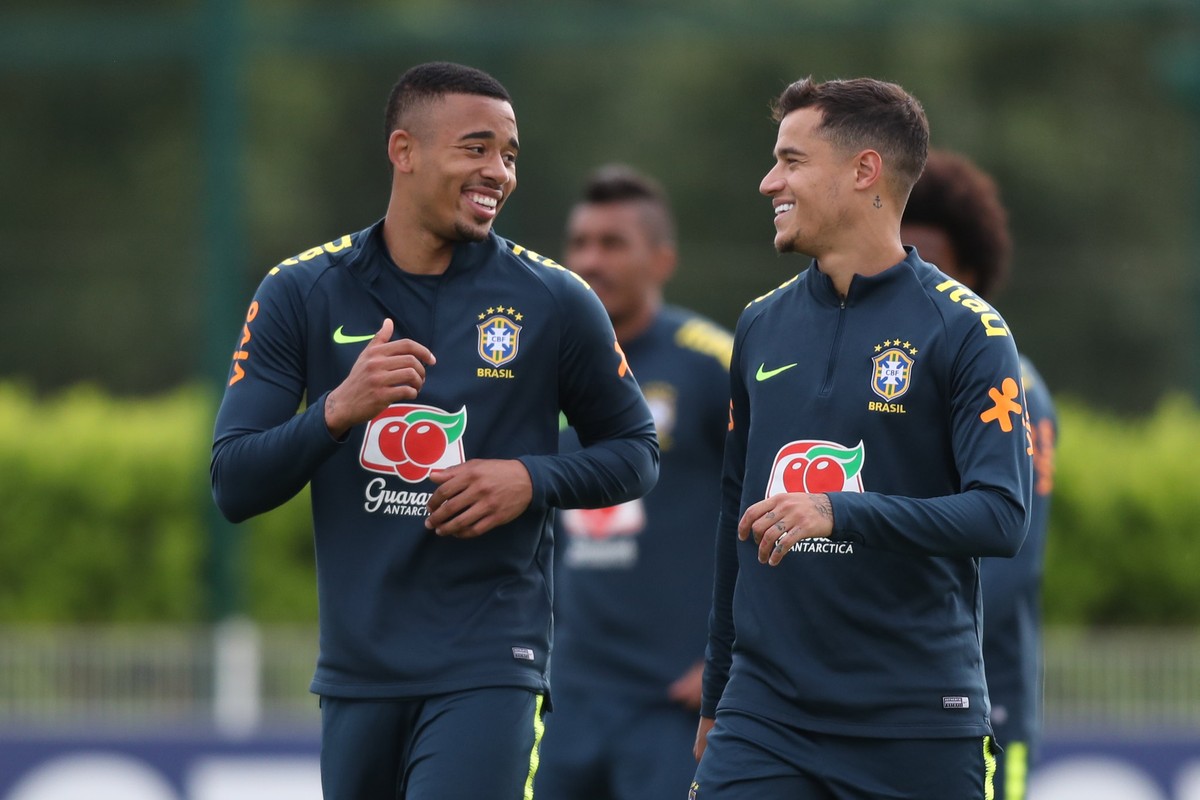 Understand why Coutinho, Daniel Alves and Gabriel Jesus were left out of the squad’s call-up | Brazilian Team

Frequent names in the call-ups of the Brazilian national team, right-back Daniel Alves, midfielder Philippe Coutinho and striker Gabriel Jesus were some of the most notorious absences in the list released by coach Tite this Friday, for friendlies against Ghana and Tunisia, in the days 23rd and 27th of September.

While Daniel Alves and Coutinho were hampered by physical issues, which impacted their technical performance, Gabriel Jesus is in a different situation – and also less worrying for him in terms of his chances of going to the World Cup.

The fourth athlete most often called up by Tite (23) – tied with Casemiro and behind Alisson, Marquinhos and Thiago Silva -, Jesus has a great start to the season for Arsenal. In seven games he scored three goals and provided three assists.

The moment is even better than others when he was called up to the Selection in the past. The absence of this call-up has more to do with making room for final tests before the Qatar World Cup than with the player’s current performance. For these games, Tite opted for Pedro, Roberto Firmino and Richarlison, who can act in the same role as the Arsenal athlete.

– Gabriel Jesus is in great shape and running. Absolutely yes. This call served to give opportunities to others – justified the coach of the Selection, in a press conference.

The situation of Daniel Alves is already quite different. The 39-year-old winger joined Pumas, from Mexico, a month ago and since then has played every minute of the team’s nine matches. However, early on, he had gastroenteritis, which made him lose weight and, consequently, hampered his performance.

César Sampaio, Tite’s assistant, and physiologist Guilherme Passos were in Mexico recently and followed the situation of the side, who had been present in the last three selections for the Selection.

In an interview before the release of Tite’s list, Daniel Alves minimized the problem faced:

At Pumas, Dani has been playing almost always as the first man in midfield, which has little effect on his chances in the national team, according to Tite.

– We know what he can do, but at the moment he is not in a position to be with us for these two games. But, when it comes to the World Cup, he can come back, yes – commented the physical trainer Fábio Mahseredjian.

In the absence of Daniel Alves, Tite chose to call only one right-back, Danilo, and called up five defenders, one more than usual – if necessary, Éder Militão should be moved to the side.

See too:
+ Tite’s last list in 2018 had five players who didn’t go to the Cup
+ Meet the two rookie defenders of the Brazilian team

Philippe Coutinho also had physical problems at the start of the European season. He played in seven matches and, in two of them, was substituted with cramps. The player was a reserve on three occasions and has yet to score or assist.

The Aston Villa midfielder, currently 30 years old, was in the recovery phase with the hopscotch, being present in the last four calls up until then.

Unlike Daniel Alves, Coutinho faces greater competition in his sector. In that call-up, Tite called up Éverton Ribeiro, who had been left out of the last two lists.

Previous In which episode does Arya kill Walder Frey in Game of Thrones?
Next Photographer who took last pictures details encounter