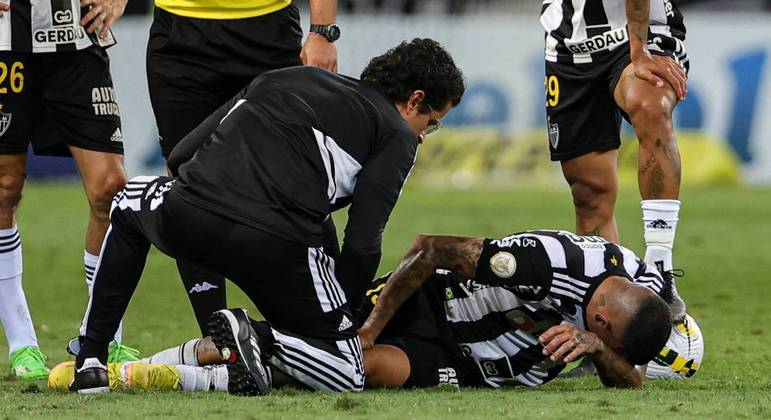 Unfair entry not only took the World Cup away from Guilherme Arana. How it ended up with trading for English football – Prisma


“It is with a heavy heart that I write this message! It’s a very complicated moment. Year of the World Cup. Representing my country in this competition is a dream I’ve had since I was a child. And that dream was getting closer and closer to being accomplished. These are football things, a sad fatality.”


“Now, as always, I will lean on God, my wife, my son, my parents and my brother. We will overcome this moment and we will come out of this, even stronger and united. I thank you all and ask that God bless every person who sent me messages of support and affection.”


“You guys are super important and fill me with motivation to move forward with my head held high. Let’s go. #13.”

It was in this way, sincere, but trying to convey optimism, that Guilherme Arana assumed the terrible injury he suffered.

Multi-ligament injury, compromising the posterior cruciate and medial collateral ligaments, in addition to a tear in the medial meniscus and cartilage.

The player will undergo a very invasive surgery that, at the very least, will take him off the pitch in six to eight months.

Arana would go to the World Cup. He would fight for the starting position with Alex Sandro, from Juventus. Without him, Tite will have to choose Alex Telles, as his replacement. He will not travel to Qatar thanks to a very violent and unnecessary entry by Carlos Eduardo, striker of RB Bragantino.

It was 47 minutes into the second half, at Mineirão. The side guarded the ball sideways. And Carlos Eduardo, who was running, even increased the speed of his body. He swung to the side, and with the force of his right shin, tore apart the cruciate and collateral ligaments, meniscus and cartilage.

The striker not only ended Guilherme Arana’s dream, at the height of his career, at the age of 25, of going to the World Cup.

As it also sabotaged a negotiation that Atlético Mineiro was already articulating for after the World Cup. Guilherme Arana was negotiating a move to West Ham, an English club, from January 2023.

Of course, with the severity of the injury, everything was canceled, since the transaction had not been closed.

Striker Carlos Eduardo is also 25 years old. He failed at Palmeiras, at Athletico Paranaense and will not stay at Red Bull either.

He had his social media attacked by outraged Atlético Mineiro fans.

And so far, two days after ending Guilherme Arana’s dream, he hasn’t deigned to publicly apologize.

It was the least he could do.

It was an ‘accident at work’, for sure, he wouldn’t try to jeopardize a colleague’s career so much.

But it would be up to him to explain himself.

The whole situation is pitiful.

With deep damage to Atlético Mineiro, to the selection.

And Arana, who dreamed of playing in a Cup since childhood.

Previous Nursing professionals act in favor of the law that sets minimum remuneration for category
Next Rising cryptocurrencies; LUNA in rally of more than 100% By CriptoFácil