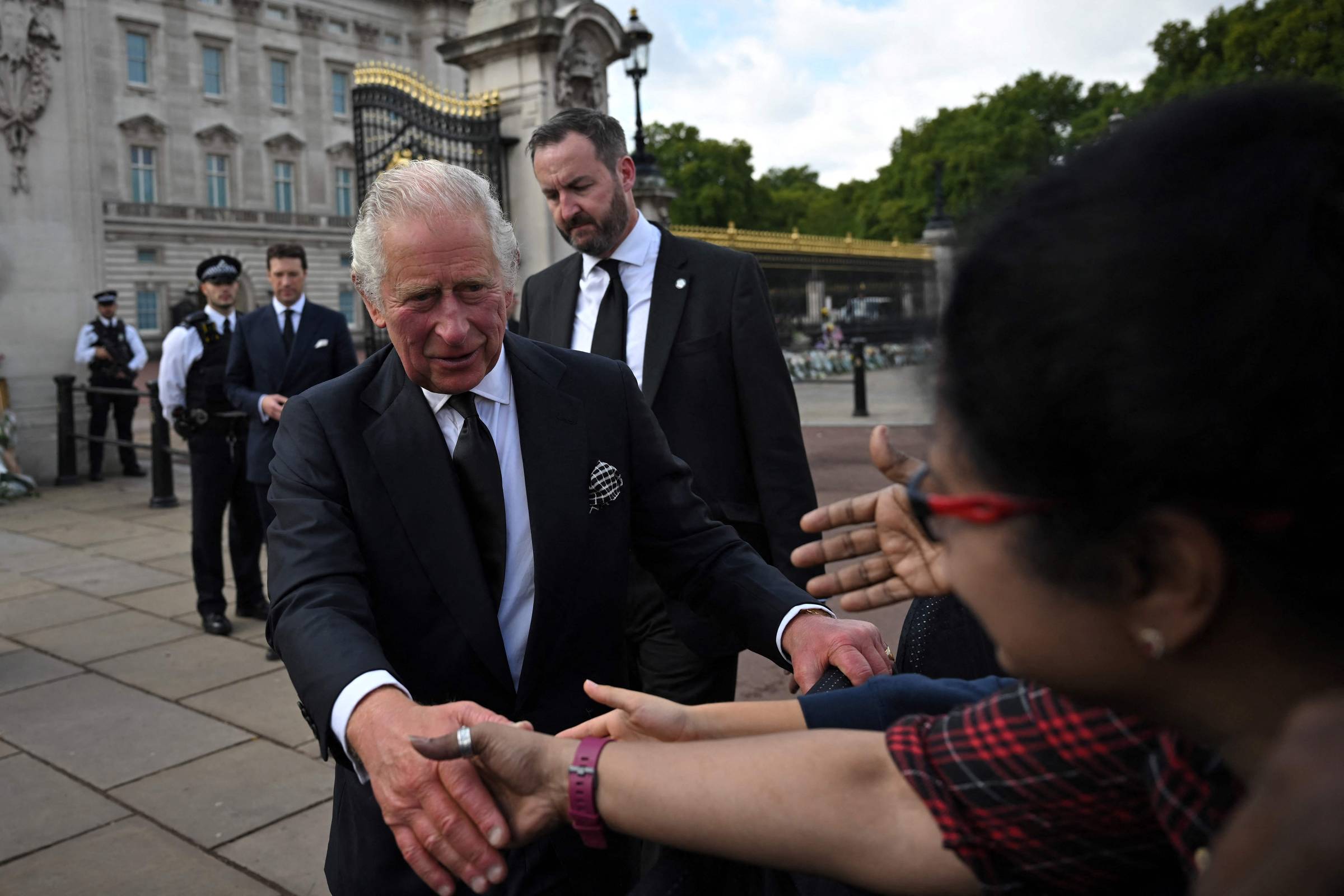 The queen had celebrated her Platinum Jubilee earlier this year, as she became the longest-serving British monarch in office.

The moment the Queen died, the throne immediately passed to her heir, Charles, the former Prince of Wales.

Charles is due to be officially proclaimed king on Saturday (10), at St. James, London, in front of the ceremonial body known as the Ascension Council.

What does the king do?

The King is the head of state of the United Kingdom. However, his powers are symbolic and ceremonial, and he remains politically neutral.

He will receive government dispatches daily in a leather box, such as information before important meetings, or documents that need his signature.

The prime minister normally meets with the king on Wednesdays at Buckingham Palace to keep him informed on government matters.

These meetings are completely private and there is no official record of what is said.

The king also has a number of parliamentary obligations:

In addition, the king receives visiting heads of state and meets with ambassadors and senior foreign officials with posts in the United Kingdom. He will normally lead the annual Remembrance Day event (in honor of the sacrifices of soldiers and civilians in wars since World War I) in November at the Cenotaph (war memorial) in London.

However, since Barbados became a republic in 2021, a number of other Commonwealth domains have indicated they can do the same.

The image of King Charles III will replace his mother’s image on royal stamps and Bank of England notes. Words inside British passports will be updated to “your majesty” in the masculine form (in English, the expression has gender and will be changed from “her majesty” to “his majesty”).

How does succession work?

The order of succession determines which member of the royal family takes over as monarch when the current one dies or abdicates. First in line – heir to the throne – is the monarch’s eldest daughter or son.

As Queen Elizabeth’s eldest son, Charles became King on the death of his mother, and his wife Camilla became Queen Consort.

Succession rules were modified in 2013 to ensure that sons do not take precedence over older sisters.

King Charles’ heir is his eldest son Prince William, who inherits the title of Duke of Cornwall from his father. However, he doesn’t automatically become the Prince of Wales – something that will need to be granted by the king.

William’s eldest son Prince George is second in line to the throne, and his eldest daughter Princess Charlotte is third.

What happens at the coronation?

Coronation is the ceremony in which the monarch is formally crowned. It takes place after a period of mourning for the former sovereign.

Elizabeth 2nd became Queen from 6 February 1952 when her father King George 6th died, but was not crowned until 2 June 1953.

His coronation was the first to be shown live on TV, and was watched by over 20 million people.

The coronation has been taking place at Westminster Abbey for 900 years – William the Conqueror was the first monarch to be crowned there, and Charles will be the 40th. It is an Anglican religious service, conducted by the Archbishop of Canterbury.

The monarch is anointed with “sacred oil” and receives the orb and scepter, symbols of royalty. At the culmination of the ceremony, the Archbishop will place the crown of St. Edward on Charles’ head – the crown is made of gold and has been the same since 1661.

The crown is the main one of the Crown Jewels in the Tower of London, and is only worn by the monarch at the time of coronation.

Unlike royal weddings, the coronation is a state event – ​​it is the government that pays for the event and chooses the guest list.

Who else is part of the royal family?

Where do members of the royal family live?

King Charles and the Queen Consort are due to move to Buckingham Palace. They previously lived at Clarence House in London and Highgrove House in Gloucestershire.

Prince William and the Duchess of Cornwall and Cambridge recently moved from Kensington Palace in East London to the Adelaide Cottage on the Windsor Royal Estate.

Prince Harry and the Duchess of Sussex live in California, USA.

What do the British think of the monarchy?

The result suggests that there has been a decline in the monarchy’s approval over the past decade: in 2012, approval was 75%.

While there is majority support for the monarchy among older people, the approval rating drops among younger people.

Two Ipsos Mori polls from 2021 gave similar results, with one in five Britons believing that abolishing the monarchy would be good for the UK.

Previous Turnowski, former head of the Civil Police of RJ, is arrested
Next After being applauded at the Venice Film Festival, Brendan Fraser receives a message from The Rock