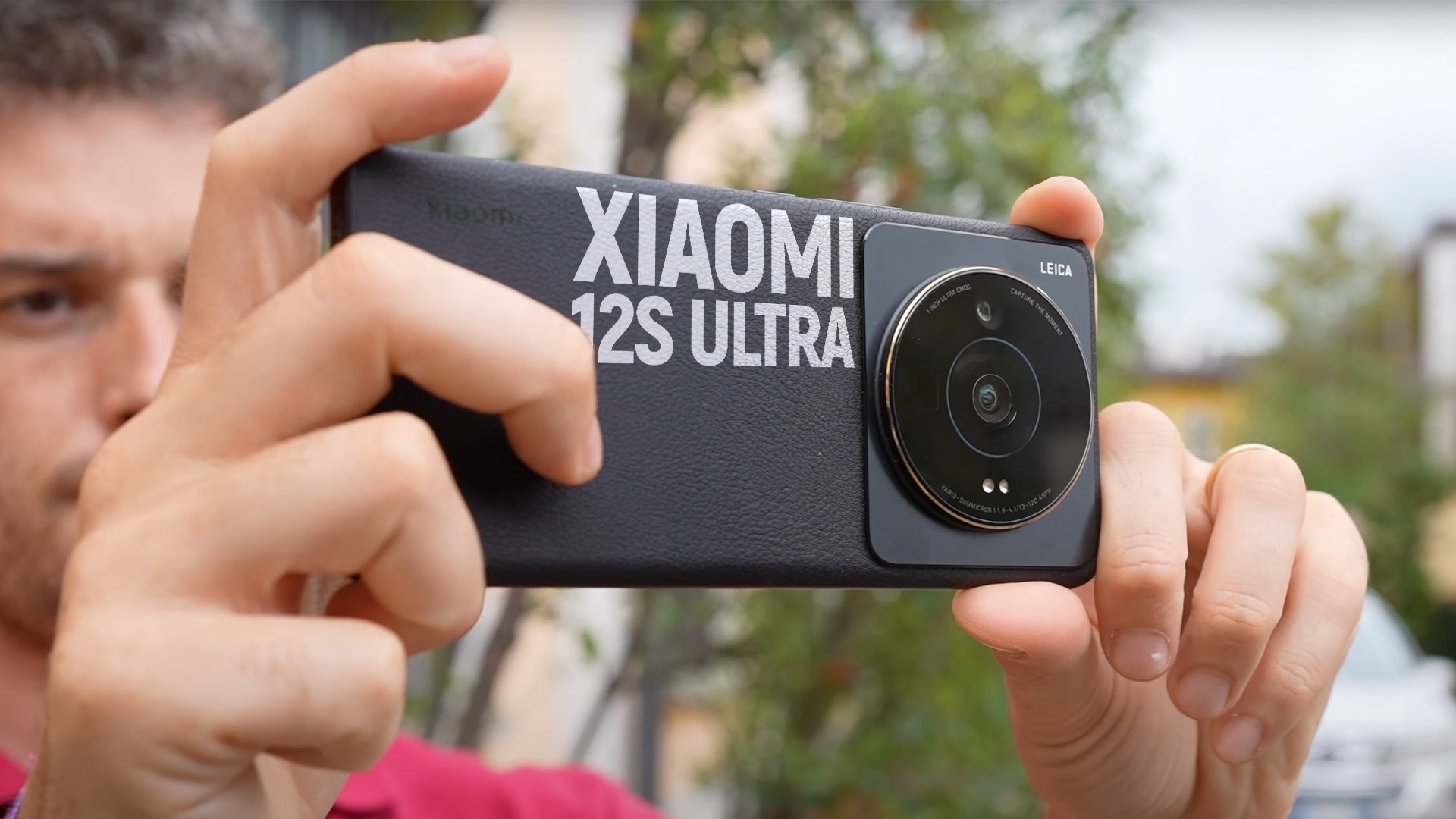 Xiaomi 12S Ultra, the most powerful cell phone from the Chinese manufacturer, was launched in July 2022, but it is not part of the brand’s global product catalog, which indicates that we will not see the novelty officially arriving in Brazil. Of course, that didn’t stop us from taking a look at what this powerful device with a giant sensor and professional camera has to offer. Check out now a preview of TudoCelular from Xiaomi 12S Ultra in partnership with our Italian brothers from HDBlog. 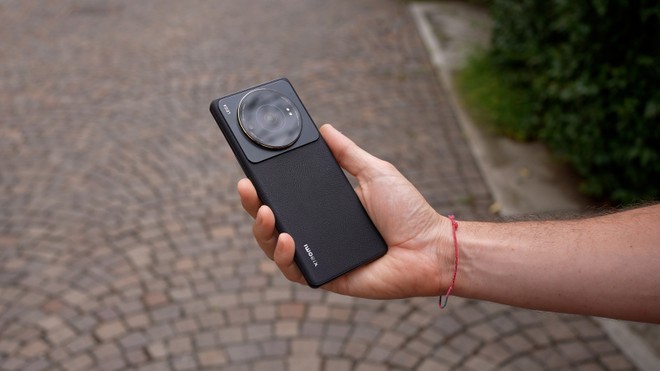 The great appeal of the Xiaomi 12S Ultra is its huge photographic sensor, not in the sense of size, but in the great ability to absorb light and capture maximum details. The 12S Ultra may seem to be the first to come with this powerful sensor from Sony, but the Japanese brand itself has launched the Xperia Pro-I, in addition to Sharp that has the Aquos R6, both limited to the Asian market.

Xiaomi made the biggest fuss about the 12S Ultra camera, even before the device was launched and with that came the expectation that it would be the new king of DxOMark, a website specializing in photographs. In the end, the new Chinese top ended up losing to the Xiaomi Mi 11 Ultra. Is it all just marketing or is the 12S Ultra’s camera really innovative?

Before we go straight to the most important aspect of Xiaomi’s new flagship, let’s first check out the device’s design. It is at this point that we have a big change and the design has been radically reworked to a giant circular module that houses all the sensors and leaves that secondary screen of the Mi 11 Ultra aside. 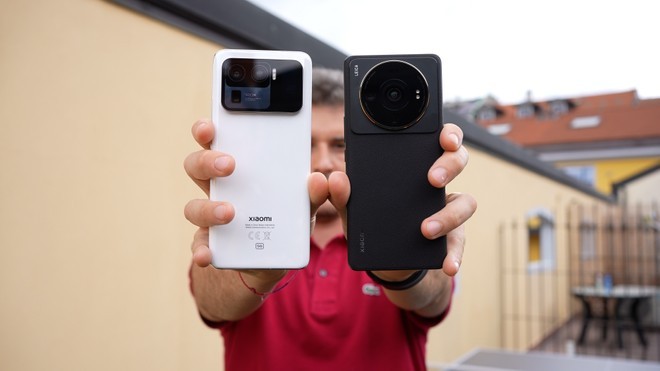 Part of the design change may have been due to the new partnership between Xiaomi and Leica, an acclaimed lens maker that drew inspiration from classic cameras. This is made clear not only by the giant circle of the camera module, but also by the golden bezel and the leather-textured back.

Despite this more classic appeal, Xiaomi has not abandoned important technologies and the IP68 certification is still present to guarantee resistance against water and dust. The front also had changes and the selfie camera hole moved from the top left corner to a more centralized position – just like on the Xiaomi 12 Pro. 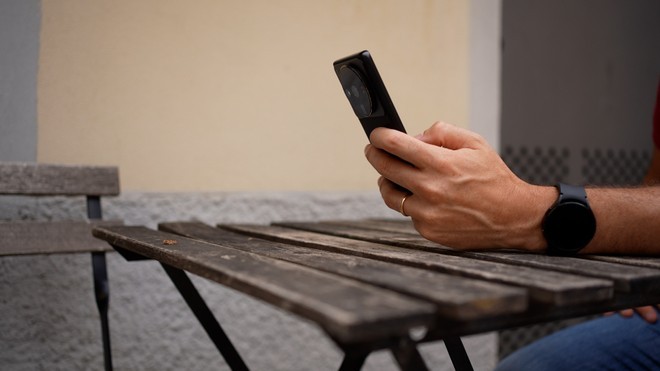 The screen is still curved at the edges, like its predecessor, and has a thin bezel that makes good use of the front of the device. The biometric sensor remains on the screen in a high position for good ergonomics. It is optical type and responds well as expected from a device of this size.

The metal side structure is the same as the Mi 11 Ultra, as is the location of the physical inputs and buttons. The 12S Ultra still lacks headphone jack and memory card space. In terms of connectivity, there is also nothing new, while wireless charging is limited to a maximum of 50W.

It comes with a traditional 67W charger in the box, as well as a clear silicone case to protect the giant glass block on the back. 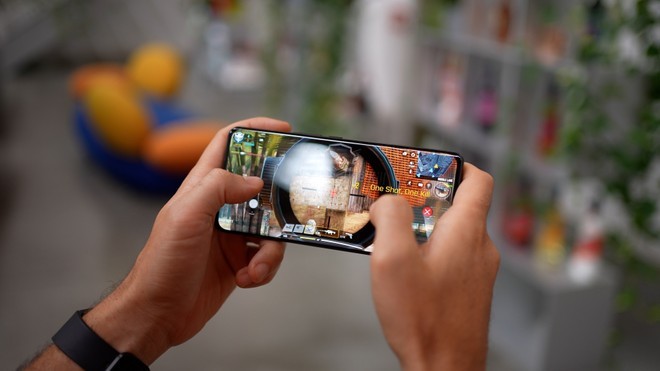 The screen has shrunk compared to the Mi 11 Ultra and is now 6.73 inches, which still makes its display big enough for a good experience with movies and games. Interestingly, this is the same screen size as the Xiaomi 12 Pro, which could indicate that the company has taken advantage of the same component in this one.

The panel is second-generation LTPO-type AMOLED, which allows the refresh rate to switch between 1 and 120 Hz for greater battery savings. Quad HD+ resolution and support for technologies like HDR10 and Dolby Vision ensure you can get the most out of streaming services like Netflix and Disney Plus.

To complete the sound experience there are two speakers with the brand Harman/Kardon, another partnership that Xiaomi has been maintaining in its more advanced releases. The result of this is not just a stereo sound, but powerful and well-balanced and that surpasses devices like the Galaxy S22 Ultra, despite not beating the iPhone 13 Pro Max.

The rest of the set is also worthy of a current and quite advanced device. The platform responsible for the performance of the 12S Ultra is the latest from Qualcomm, the Snapdragon 8 Plus Gen 1 combined with up to 12GB of RAM and a maximum of 512GB of storage.

As the body of the device is slightly more compact than its predecessor, the battery ended up being compromised and dropped from 5,000 mAh to 4,860 mAh. It might sound disappointing, but since Qualcomm’s new hardware is more energy efficient, the battery should perform just as well as its predecessor.

Xiaomi promises that the 67W charger that comes with the device can fully fill your battery in just 40 minutes. It really is a great time, but considering that the company has already launched phones with chargers above 100W, we were expecting to see the 12S Ultra also come with one of these in the box. 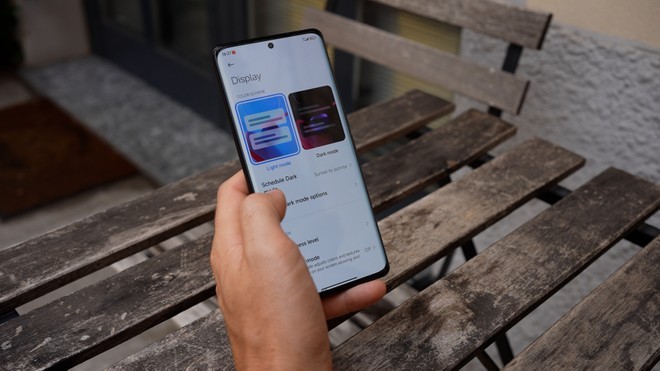 As it is a launch focused on the Chinese market, Xiaomi 12S Ultra comes with the Chinese version of MIUI 13 based on Android 12. The software is more crowded with pre-installed apps compared to the global MIUI, but luckily it is possible to uninstall most of them. manually.

For those who have already had a cell phone with Chinese ROM from Xiaomi, you know that the device does not come with Google apps and services pre-installed. The good news is that it’s easy to get around this and install the Play Store manually via the third-party app store to gain access to the entire Google ecosystem.

It’s also good to remember that the native keyboard follows the Chinese language pattern, nothing that a Gboard can’t solve, but the system language leaves Portuguese out. At the end of the day, it’s the same MIUI found on other Xiaomi phones and there’s no unique feature on the 12S Ultra that isn’t focused on the device’s camera. 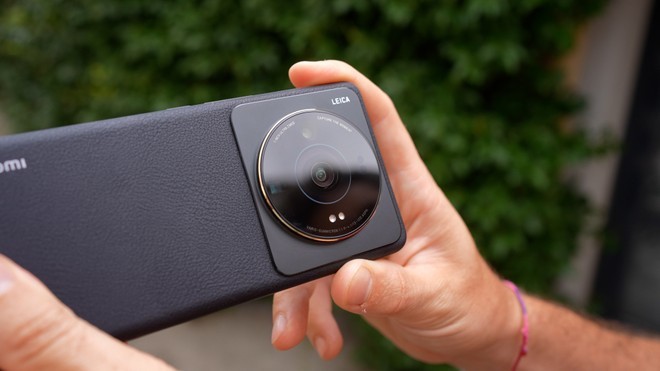 Speaking of camera, we come to the most important point of the Xiaomi 12S Ultra. The main sensor is the Sony IMX989 with an inch and a maximum resolution of 50 MP. It may not seem impressive when we already have Xiaomi’s own mid-range phones with a 108 MP sensor, but this one from the 12S Ultra is 30% larger than the one from the Mi 11 Ultra and that means sharper photos with more details captured.

The rest of the set that makes up the rear cameras is nothing new and we have the same 48 MP sensor with 5x optical zoom of the Mi 11 Ultra, while the 48 MP ultra-wide was also inherited from the predecessor and seen in other devices. from Xiaomi. The front presents a small evolution and now has a resolution of 32 MP by incorporating a new OmniVision sensor, but it lacks a fixed focus.

When you open the camera app for the first time, you’ll have to choose between two styles of interface: Leica Vibrant and Leica Authentic. Of course, you can modify it later if you don’t like the choice you made. In vibrant mode you will have more saturated colors, while in authentic a more neutral and closer to reality capture.

The Xiaomi 12S Ultra captures images that are rich in detail and with vibrant colors. Contrast and dynamic range are close to ideal, despite shadows coming out darker than they should be. The photos are clean and you will rarely see any noticeable noise in well-lit places.

Another great advantage of this powerful Sony sensor combined with the Leica lens is that the 12S Ultra blurs scenes naturally even if you don’t use portrait mode. It’s something we have in professional cameras and the result is really impressive, especially in more complex scenarios.

There is not much to say about the ultra-wide, as it is the same sensor as other Xiaomi smartphones, the quality of the capture is already known. The telephoto camera does a great job even with the maximum 5x zoom applied we see little loss of quality and lots of detail recorded.

The front camera records good selfies, but it doesn’t impress as much as the rear camera. Portrait mode has a stronger blur effect than we see in others from Xiaomi, but it could be to match what is naturally achieved by the large sensor on the rear.

The camcorder records in 8K at a maximum of 24 fps, has a good stabilization system and agile focus.

The Xiaomi 12S Ultra really is an advanced phone that has a lot to offer, but its main focus is the powerful camera with a giant sensor and LEICA lens. Other than that, it’s just a traditional top of the line that doesn’t bring anything innovative, but it delivers a set that’s right for a great experience overall.