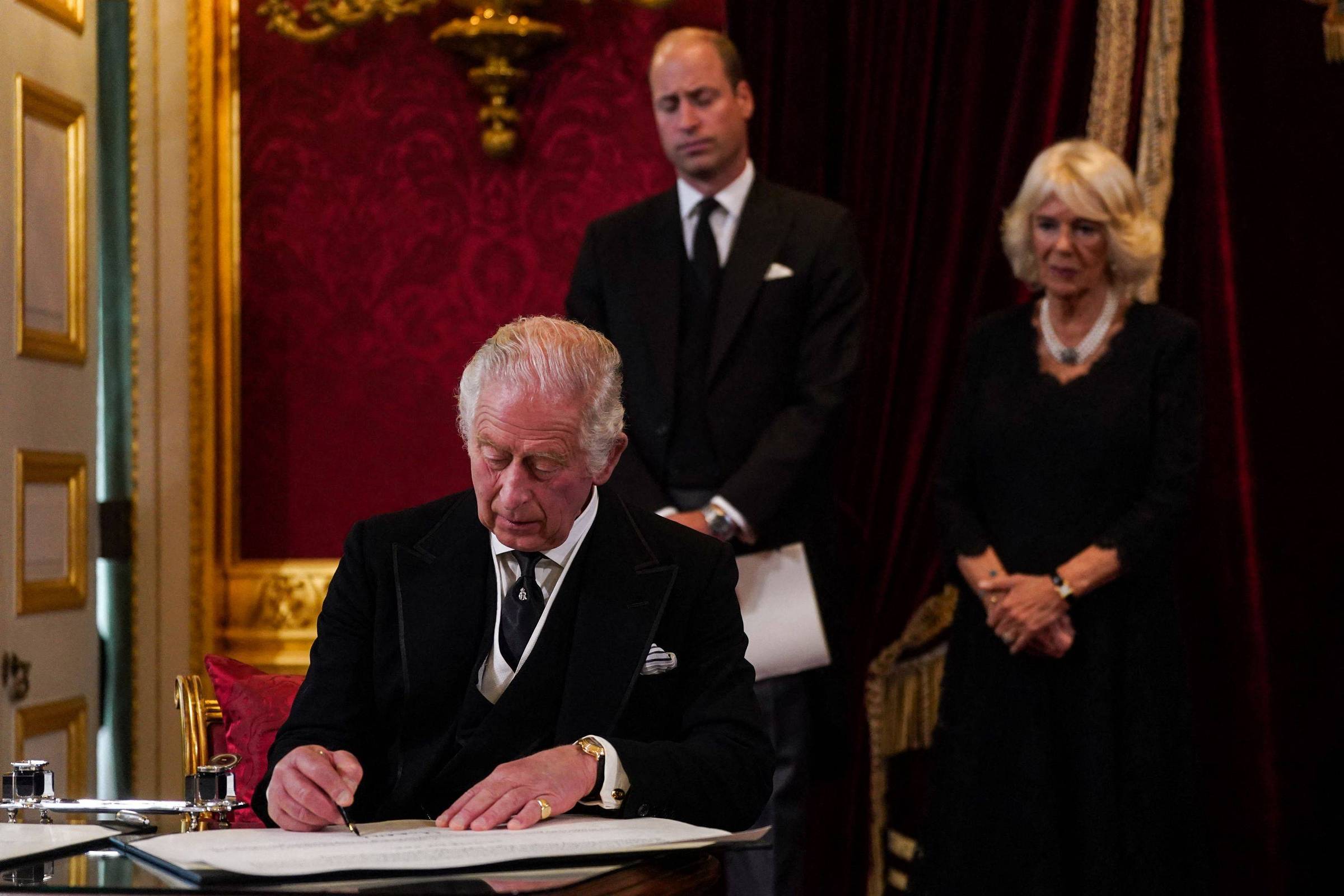 For 70 years and 214 days, the British awoke, worked, feasted and rested under the unobtrusive but constant presence of Elizabeth II. For many, she embodied the sense of continuity in a rapidly changing world, as defined by the Archbishop of Canterbury and head of the Anglican Church, Justin Welby. Her greatest contribution to the institution of the monarchy, however, was, more than stability, a certain capacity for change.

It is this facet that transformed the character of the institution, perhaps the main challenge for the mission of continuity assigned to the now King Charles III, proclaimed this Saturday (10th).

When the Queen ascended the throne in 1952, the British were still facing the hardships of World War II. Meat and staples like sugar and canned goods were rationed. The NHS, the public health system that the British are proud of today, was taking its first steps after its foundation in 1948. More than 70 overseas territories were still part of the British empire – which was already in the process of dissolution.

Since then, the UK has changed radically. A less global power, but still the sixth largest economy in the world, it has become a multicultural, multiethnic society with a multiplicity of creeds. In this context, as described by The Guardian, Elizabeth II knew how to “adapt, cautiously and pragmatically, to change”.

“The secret of the monarchy’s continuity is that it represents stability, continuity and tradition, but also the nation for itself”, he tells Sheet Robert Hazell, Professor of Government and Constitution at University College London (UCL). “So she has to keep up to date.” The analyst draws attention to the changes in the queen’s own speech, whose accent lost some pomp as society evolved.

In the context of the dismemberment of the empire, Elizabeth II made the apparent maintenance of good relations with former colonies a priority of the reign – despite a series of traumas that remained here and there. The queen was enthusiastic about the Commonwealth, a community of 56 countries, most of them former British colonies, and one of her historic events was a trip to Ireland in 2011.

On the occasion, the first trip by a British sovereign to the country in a hundred years, Elizabeth II visited important landmarks for Irish nationalism and paid tribute to those killed in the war of independence. At the same time, she took to heart the lesson that successful monarchs, at least in Western Europe, must remain strictly neutral on political issues, limiting their role to giving opinions and warnings.

Internally, however, the scandals that have surrounded British royalty since the late 1980s have reinforced critics of the system. The rock bottom came in 1992, the year three royal marriages, including that of Charles and Diana, imploded in the eyes of public opinion, mired in lies and infidelity. By using the term “annus horribilis” in her Christmas message, Elizabeth sought to demonstrate that she understood the risks that reputational failures posed for the institution she headed.

“The main risk to the monarchy today is not republicanism, but the pressures of conflicting expectations about what is required of royal families, amplified by the intrusion of the media and the association between royalty and celebrities,” says Hazell.

“In an age when personality and behavior are more than ever under scrutiny, people’s inadequacy can easily bring the monarchy into disrepute.”

This explains the direction of change adopted by the institution to transform its image: to force the change from “monarchy” to “royal family”; different generations of royalty who appealed to different sectors of society.

According to Hazell, bringing the symbolism of the family into national life is one of the greatest advantages of monarchy over republics. In the latter, the rulers’ family rarely has unifying power, while the House of Windsor, for example, has elevated the symbolic role of family ceremonies such as weddings – in 2011, an estimated 2 billion people attended the union between the prince. William, now first in the line of succession, and Kate Middleton.

Elizabeth 2nd also surfed this pop wave. In 2012, she played opposite Daniel Craig in a parody of 007 at the opening of the Olympics, which ended with a stuntwoman parachuting over the stadium. Last May, she sat at the table and drummed a cup with Paddington Bear in another Platinum Jubilee skit.

Tessa Clarke, journalist and author of a book on the royal family and invasion of privacy, tells Sheet that the Queen managed to maneuver to unify British society “in all hues of cultural, traditional, modern and political opinion”. A poll by the YouGov opinion poll at the time of the Jubilee showed that 81% of Britons had a good impression of the sovereign; even among the youngest (18 to 24 years old), approval reached 60%.

Now it’s up to King Charles III to head the British monarchy. According to YouGov, in May his popularity was only 54% — and 35% did not think well of the future monarch.

Clarke says Charles comes across as a privileged and “rather old-fashioned aristocracy”, in contrast to European royal families who travel by bicycle. “Reports of your butler putting the paste on your toothbrush don’t sit well these days,” he says.

His reputation has also been tarnished by recent scandals, such as the revelation of donations from Saudi Arabia and Qatar to organizations he founded — Charles says he didn’t know about the money in the first case and the operation was legal in the second. Interestingly, the agendas that the now king is known for championing, such as environmental protection and a leaner monarchy and less dependent on public money, are popular.

Charles III begins his reign in a country that calls for profound changes, often in direct conflict with the monarchy he represents. Movements such as Black Lives Matter and attacks on statues of personalities linked to the slave trade demand a review of the British colonial past and question the role of the aristocracy. It is not yet clear how the adaptation to these new times would take place.

Another factor that eroded the monarchy was the decision by Prince Harry and his wife, Meghan Markle, to abandon the monarchy’s functions and move to the US amid accusations of racism within the Palace.

With Elizabeth grieving, those tensions could resurface and rekindle the flame of anti-monarchists, Clarke believes. In an editorial, the Guardian noted that the monarchy, “built on a system of hereditary privilege, is an anachronism in the modern age” and that a “controversial reflection on the continuing place of monarchy […] will come, and must come, soon.”

In his first statements on the throne, Charles III hinted at some of the challenges his reign will face. He indicated that he understood that his “new responsibilities” as monarch required strict impartiality in certain matters. In his first speech, he praised the role of son William and his wife, Kate, in the task of “inspire and lead the national debate” and even offered an olive branch to Harry and Meghan, citing, albeit less solemnly, their love for the couple “as they continue to build their lives” on the other side of the Atlantic.

It is too early to assess whether this will be enough to neutralize the antipathies to the monarchy and the republican impulse. “[A monarquia] It’s a popular institution right now, but we’re all curious to see if that will change now that Charles has become a monarch,” said Briton Peter Harris, who teaches international relations at Colorado State University in the United States.

“My guess is that it was easy to treat Queen Elizabeth II with deference. She was like the grandmother of the nation, while Charles — and William after him — will be like parents. People rebel against their father, but not their grandmother. ” Especially if she’s skydiving.