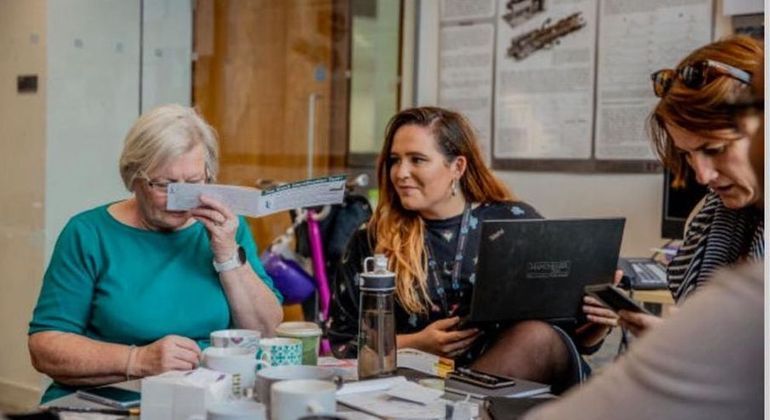 A test for diagnosing Parkinson’s disease that takes just three minutes is being developed by researchers at the University of Manchester, UK. Published in the Journal of the American Chemical Society, the work was inspired by retired nurse Joy Milne.

The woman has hereditary hyperosmia, a condition characterized by a very keen sense of smell, and can identify patients with the disease by smell alone.

It all started when Joy’s late husband Les was diagnosed with Parkinson’s. They began to attend patient support associations and to live with other people with the disease, which gradually impairs brain functions related to movement.

Then Joy realized that they all had the same unusual smell that she had smelled from her husband for 12 years, long before his first symptoms manifested.

She discussed the fact with a researcher and became involved in research that sought to assess whether her olfactory abilities could be used to identify the disease early, which would benefit treatment. The odor felt by the Scotswoman was greater in the region of the patients’ back, which is washed less frequently.

The alteration in the production of sebum by the sebaceous glands is a characteristic that is often observed in those who receive the diagnosis, who now have oilier skin. Research has found that sebum could be used to identify high molecular weight lipids that are more active in people with Parkinson’s.

how the test works

The fundamental principle of the test is to analyze the mass and chemical composition of the sebum molecules using a technique called mass spectrometry. For this, some of the substance is collected from the patient’s back in a simple and non-invasive way, using a cotton swab.

The tallow is then placed on a filter paper and given a drop of solvent and electrical voltage, which transfers its components to the mass spectrometer. According to the researchers, of the 4,000 compounds found in the solution, about 500 are different between people with and without Parkinson’s disease.

The next step for the research team is to make the test a clinical method for diagnosing the disorder.

“This trial has the potential to massively improve the diagnosis and treatment of people with Parkinson’s disease,” said study clinical coordinator Monty Silverdale in a statement from the University of Manchester.

To date, there is still no single test on the market capable of making the diagnosis by itself.

“We are tremendously excited about these results, which bring us one step closer to creating a Parkinson’s test that can be used in clinical practice,” said Professor Perdita Barran, who led the research.

According to the scientists, the results also open up new possibilities, such as the identification of other diseases through the analysis of sebum, which they found to be an efficient biofluid for diagnoses.

Parkinson’s disease is a degenerative disorder of the central nervous system. Chronic and progressive, it occurs when there is a significant decrease in the production of dopamine, a neurotransmitter substance that helps the cells of the nervous system carry messages between them.

The WHO (World Health Organization) estimates that 1% of the world population over 65 live with the disease, which causes symptoms such as difficulty moving, tremors and muscle stiffness. There is no cure, but medications to replace dopamine are part of the treatment.

The diagnosis is made based on clinical analysis, symptoms and patient history. Computed tomography and magnetic resonance examinations can be performed for differential diagnosis, which excludes other possibilities of diseases.


Seven bacteria and fungi that cause fatal diseases