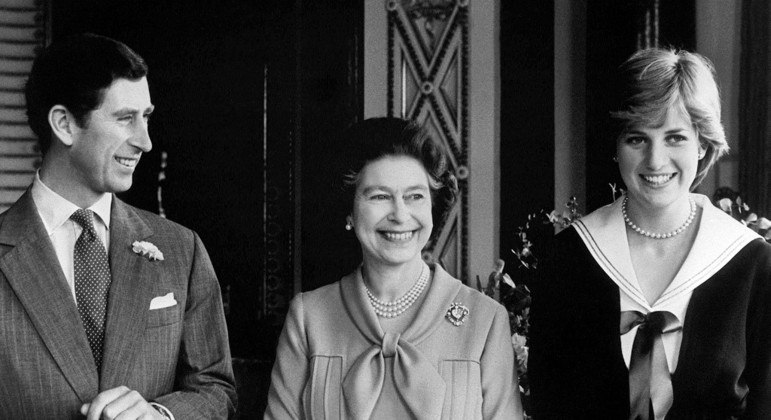 The complicated relationship between Princess Diana and Queen Elizabeth II has returned to the spotlight after the monarch’s death last Thursday (8). Through ups and downs, they tried to keep up their good looks as a mother-in-law and daughter-in-law.

What many people don’t know is that Diana was no “stranger” to British royalty. The queen was godmother to the princess’s younger brother, Charles Spencer, and Lady Di’s father had been the monarch’s squire.

But it wasn’t until 1981 that Diana was thrust into the global spotlight, when the then-20-year-old married the eldest son of Queen Elizabeth II and heir to the throne, then-Prince Charles, now King Charles III.

The wedding portrayed by the world press as a fairy tale, however, was surrounded by controversy. According to royal biographer Ingrid Seward, author of the book The Queen and Di (The Queen and Di, in free translation), when the princess suspected that her husband had never ended the affair with Camilla Parker Bowles, the current queen consort, she fell into depression and succumbed to bulimia without anyone helping her to overcome the problems of health.

Seward also points out that after Diana married Charles, the Princess and Queen Elizabeth II formed a strong bond, but the relationship deteriorated as the crisis in the marriage intensified.

The couple divorced in 1992, after 11 years of marriage, but the process was only made official in 1996. In an explosive interview with BBC in 1995, the then-Princess of Wales revealed that “there were three people” in the marriage, referring to her husband’s relationship with Parker Bowles.

By giving her own version of events – and admitting infidelity – Diana exposed the struggles she experienced within the royal family, criticized the monarchy and questioned Charles’s ability to be king.

In 1997, when the princess died after a tragic car accident in Paris, Elizabeth II was widely criticized for her lack of compassion.

While the grieving populace placed millions of flowers outside the gates of Buckingham and Kensington Palace, Prince Charles and the monarch remained at the Scottish castle at Balmoral.

Despite the wave of indignation that swept the country, the sovereign did not emerge from silence until the eve of the funeral, when she gave a historic televised speech.

For experts in the British royal family, Diana’s death was a milestone for Elizabeth II, who learned from this episode that it was important to be sensitive, especially to the pain of the British people.