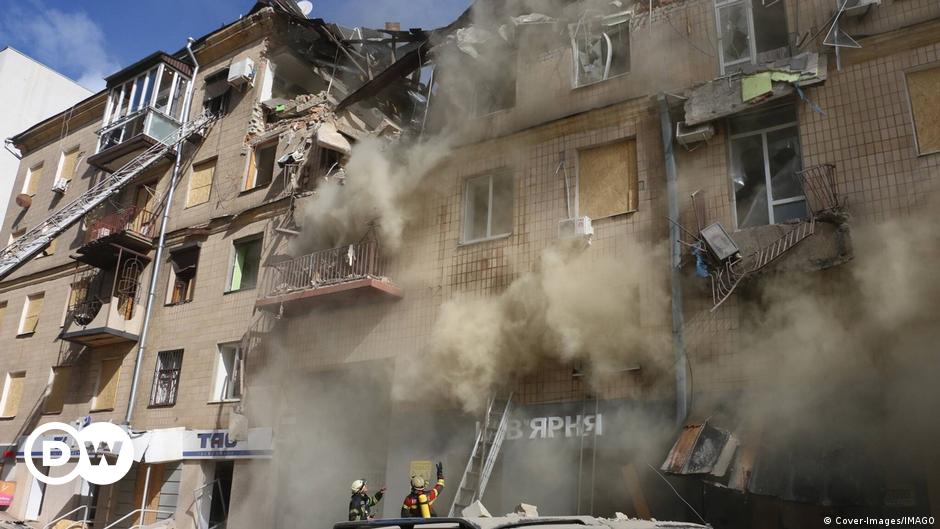 Ukraine will demand more than $300 billion from Russia in war reparations, the country’s Justice Minister Denys Maliuska said on Friday. To this end, Kiev intends to reach a resolution at a special session of the UN General Assembly in October to lay the foundations for an international compensation mechanism.

“We want compensation for all the damage done by Russia to Ukraine through its war of aggression. The direct damage caused by the destruction of infrastructure, residential buildings and industries totals more than 300 billion dollars,” Maliuska said in an interview with the German media Funke.

The damage caused by the Russian invasion of Ukraine is estimated to be much greater, but the amount of 300 billion dollars corresponds to the frozen assets of the Russian Central Bank as a result of the sanctions imposed on Moscow by the G7 countries.

Maliuska stressed that the assets of Russian state-owned companies such as Gazprom or Rosneft “should flow into this fund”, as well as money from the Russian oligarchs’ accounts and their assets abroad, which are also targeted by international sanctions.

The minister also mentioned “environmental damage” as well as “personal damage caused to war victims”, which he considered incalculable. “We assume that hundreds of thousands of people have died as a result of the war. Family members are entitled to compensation,” Maliuska said.

He also demanded information from Germany about the value of Russian assets in the country. At the same time, he asked for support from the German government to reach the resolution with the UN. Maliuska spoke with German Justice Minister Marco Buschmann this Thursday in Berlin.

Ukraine announced on Thursday that it had achieved military success in its counter-offensive against Russian troops. Kiev said its forces had made gains in the north, south and east of the country, retaking land occupied by Russia, which had hoped for a quick victory when it invaded the country nearly seven months ago.

On a surprise visit to Kiev, US Secretary of State Antony Blinken revealed that the US government will provide another $2.8 billion in military aid to Ukraine and other European countries threatened by Russia.

The war in Ukraine, which began on February 24, generated 13 million refugees, 6 million of whom were internally displaced and 7 million to neighboring countries, according to the latest UN data. The organization ranks this refugee crisis as the worst in Europe since World War II.

The Russian invasion – justified by Russian President Vladimir Putin, with the need to “denazify” and demilitarize Ukraine for Russia’s security – was condemned by the international community, which has responded by sending weapons to Ukraine and

imposition of sanctions against Russia in various sectors.

Previous Milton Neves says player who needed to be called up: “Obligation”
Next Afternoon Session – Find out which films TV Globo is showing this week