Why are royals buried in lead coffins?

After 70 years on the throne, the reign of Queen Elizabeth II came to an end. The monarch passed away last Thursday (8) and ended a long history on the Buckingham throne, giving way to her rightful heir, the now King Charles. The next few days will be devoted to funeral arrangements and celebrations across the UK regions, until the day Her Majesty will find her eternal rest in a lead-lined coffin. But what does this tradition mean?

The coffin with lead fodder has been a practice that has followed members of the royal family for centuries. These models are usually made of English oak, as were the coffins of Prince Philip, the Duke of Edinburgh, and Princess Diana Spencer, and are much heavier than normal coffins, reaching over 250 kilograms. However, the highlight is the coating, applied to keep the body in preservation for longer.

The material allows obtaining hermetic properties. With the opening seal made of heavy metal, the passage of air into the container is completely blocked, preventing the movement of particles with the potential to accelerate the degradation of the body for up to a year. 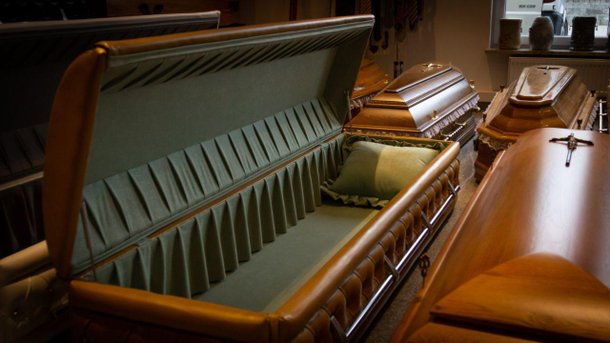 For at least four centuries lead coffins have been used in the burial of members of British royalty. Westminster Abbey records state that Elizabeth I (1533-1603) and Charles II (1630-1685) were buried in metal-lined molds, as was the noble Sir Francis Drake (1540-1596), famous navigator and vice admiral of the Kingdom of England, and the revered composer George Frederic Handel (1685-1759).

The escape from tradition

Previous documents point out that, recently, only Princess Margaret, the youngest daughter of King George VI and Queen Elizabeth, the “Queen Mother”, and known for her rebelliousness, has fled the traditions of lead. In 2002, the royal was cremated, demanding that her ashes could be placed next to her father’s coffin. According to a report in The Irish Times, this was the only way to bring family members side by side at Windsor Castle.

Soon, Prince Philip’s body, currently preserved in St George’s Chapel, is due to be transferred to King George VI’s Chapel, where it will stand next to the resting place of Elizabeth II and her predecessors.