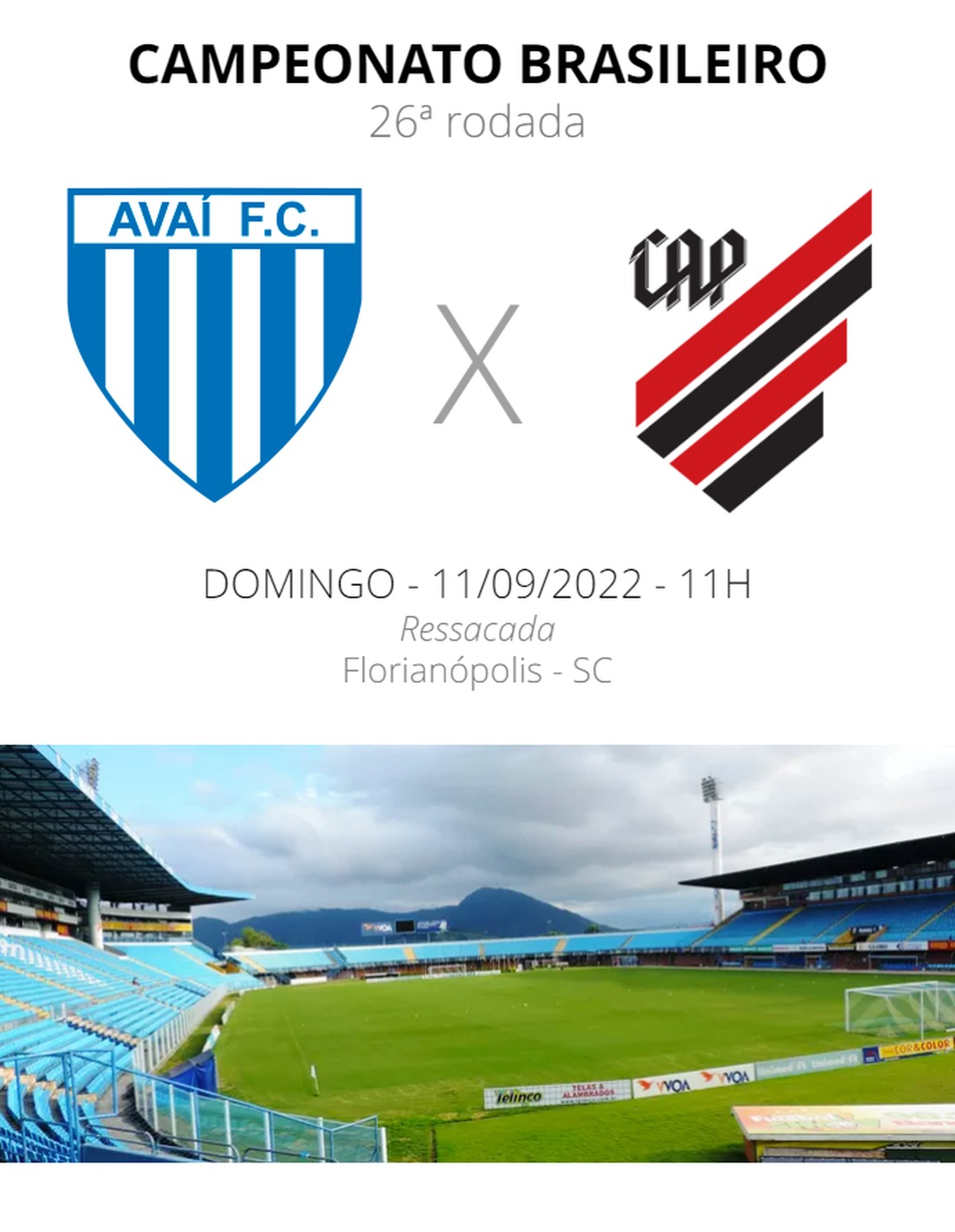 Avaí vs Athletico: see where to watch, lineups, embezzlement and refereeing | Brazilian series a

Avaí comes from a 1-1 draw against Juventude, and continues with a negative sequence. There are eight games without a win, with five defeats and three draws. After entering the Z-4, he was unable to leave and is now looking to regain the three points to have a chance to leave the stick.

Athletico tries to change the focus after securing a spot in the Libertadores final and seeking a spot in the Brazilian G-4. The club is in sixth place with 42 points. As a visitor, Hurricane wants to win again after two games.

Streaming: Premiere, with narration by Natalia Lara, comments by Marcelo Raed and Salvio Spinola, and reports by Carlos Rauen and Ronaldo Fontana.

Coach Eduardo Barroca will not be able to repeat the lineup of the last match. Kevin is suspended for the third yellow card and should be replaced by Renato. Bissoli, who belongs to Athletico, does not play for contractual reasons. Guerrero is quoted to start the match. Rafael Vaz should return to the defense, but Bressan, with discomfort, did not train and could be out. Raniele is the main option as a replacement centre-back.

Felipão should promote two changes in the team that advanced to the Libertadores final. Hugo Moura, who was suspended, replaces Erick in midfield. In the attack, Vitor Roque will be spared by a blow to the thigh, and Pablo takes the place. The coach still has one doubt: Alex Santana or David Terans, both tested during the week in the creative sector.

+ Other news from Athletico