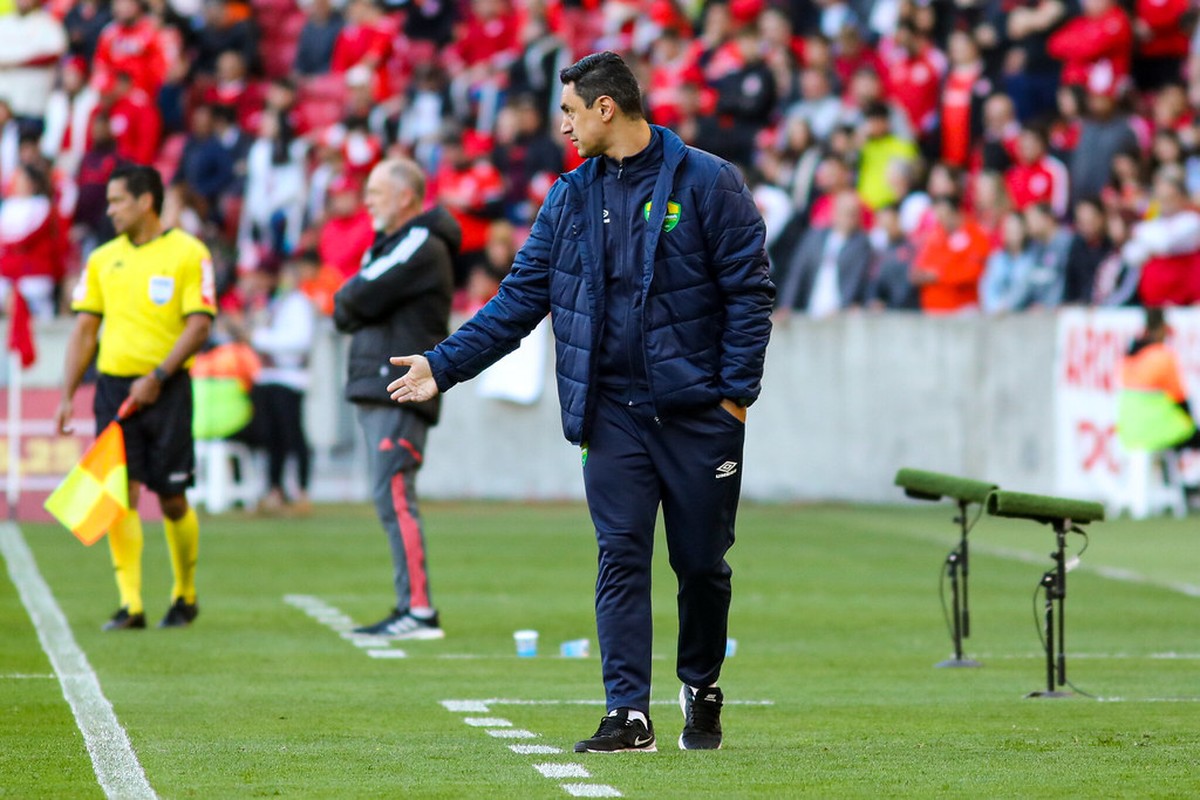 With the suspension of coach António Oliveira, assistant Bernardo Franco was responsible for leading Cuiabá in the 1-0 defeat to Internacional, on Saturday night, in Beira-Rio, in a duel valid for the 26th round of the Brazilian Championship.

In a press conference after the match, Franco regretted the setback, but acknowledged the poor performance of Dourado and stated that the opponent deserved the victory.

– Today we were in debt mainly in the first half, in which we were not able to maintain the same performance that we had been showing in other games. In the second part, we managed to balance things out, we improved in some aspects of organization, in our attitude. At the moment we conceded the goal, we were managing to have our arrivals, we had a dangerous chance with Valdivia. We conceded a transitional goal, which we know Inter are very strong. But today Inter deserved the victory.

The plot of the duel could have been different. In the 44th minute of the second half, the referee awarded a penalty by Edenílson on André, but the VAR recommended a review and the bid was annulled for lack of Valdivia on the Inter defensive midfielder at the origin of the play – Central do Apito said that the penalty should have been maintained. 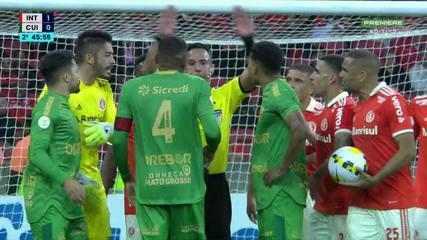 Referee scores a penalty for Cuiabá in the 44th minute of the 2nd half, but VAR recommends review

Dourado’s assistant criticized the refereeing and recalled the defeat to Palmeiras, in the 17th round, also surrounded by controversy. At the time, Cuiabá complained of a foul in Valdivia, but the video referee did not request a review.

– In the matter of refereeing, there is another controversy, we are uncomfortable with it, because it took a point from us today. Although we didn’t deserve the draw, in other games we deserved it and it was also taken away from us, like against Palmeiras at Allianz Parque, in which we suffered a clear foul and VAR didn’t even call for review and here they called.

– The feeling is of revolt. Once again, they got in the way of our goal. It was very important for us to leave here with a point. We clearly know that VAR acted. The referee was very confident in taking the penalty. He could have called the foul earlier, he was too close [do lance]. We reviewed the bid, it was not enough [para marcar falta]football is a contact game. 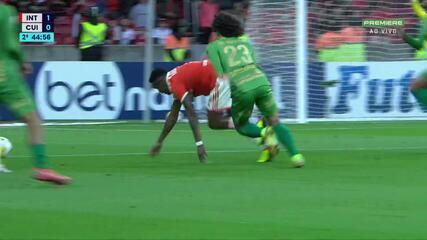 With the defeat, Cuiabá continues in 16th place in the Brasileirão, with 26 points, but can be overtaken by Coritiba and Avaí and return to the relegation zone. The next commitment is against Athletico, on the 18th, at Arena da Baixada, at 18:00 (MT), for the 27th round.