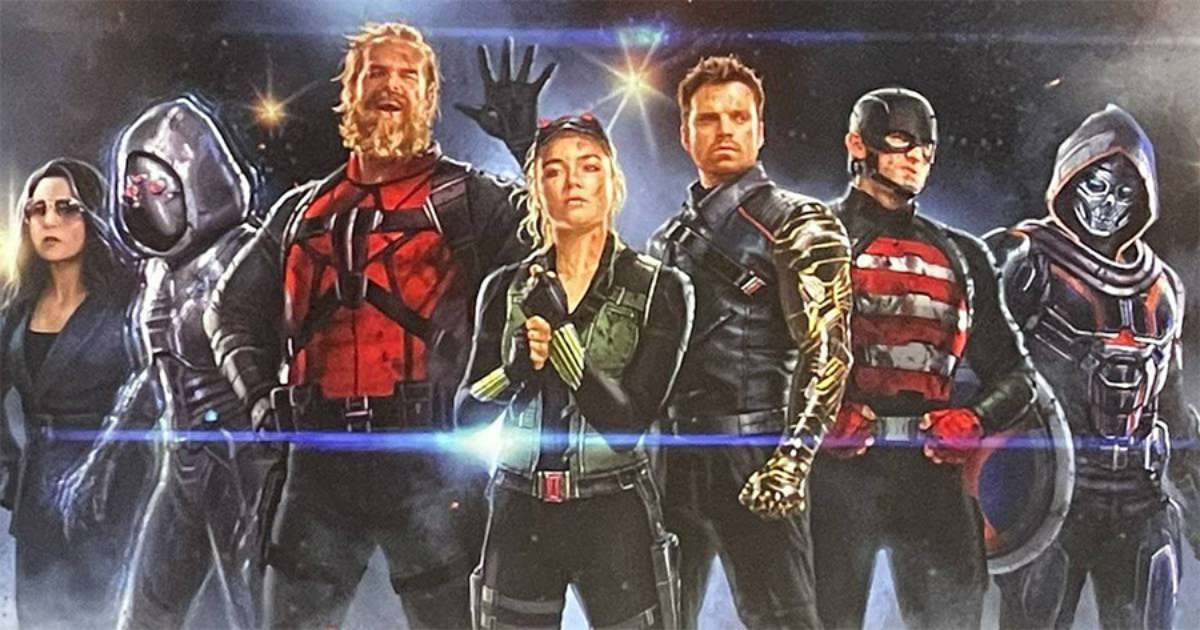 In an announcement made by the head of the studio, Kevin Feige, on stage at the event this Saturday (10/9), it was revealed that the film will bring together several well-known characters from the MCU (Marvel Cinematic Universe, such as the new Black Widow Yelena Belova (Florence Pugh). ), the Winter Soldier (Sebastian Stan), the Red Guardian (David Harbour), the US Agent (Wyatt Russell), the Ghost (Hannah John Kamen), the Taskmaster (Olga Kurylenko) and Valentina Allegra de Fontaine (Julia Louis Dreyfus) .

The revelation of Stan and Harbour, in particular, garnered a huge reaction in the auditorium, but no bigger than the name Pugh – absent as he was filming the “Dune” sequel in Hungary, who uploaded a video to greet the audience.

“That says a lot about the team when the beloved Winter Soldier is the most stable among them,” Feige joked during the announcement.

Jake Schreier (“Paper Towns”) is the director in charge of the film.

In the comics, the group was formed by Baron Zemo, who was not announced at D23. But this is hardly unexpected, given that the current theory was that the antiheroes were being brought together by Allegra de Fontaine, who recruited Yelena and the American Agent in the movie “Black Widow” and the series “The Falcon and the Winter Soldier”. Anyway, Zemo was seen in this same series.

Originally, the group presented themselves as superheroes, but were actually made up of supervillains, under guises that hid their true identities.

Among other characters, the rotating formation of the Thunderbolts has housed Absorbing Man, Crossbones, Bullseye, Ghost, Venom, Swordsman, Radioactive Man, Taskmaster, Batroc, Moondragon and some ambivalently motivated superheroes such as the Widow. Black, Winter Soldier, Hawkeye, Luke Cage, Moon Knight, Punisher, Ghost Rider, Elektra, Deadpool and members of the Inhumans – among many others. The vast majority of these characters have already appeared in live-action in the MCU (Marvel Cinematic Universe).

The film, however, is supposed to present the group as a team of antiheroes recruited to work for the US government or some supposedly benevolent secret organization.

“Thunderbolts” was written by Eric Pearson, screenwriter of “Black Widow”, and will be directed by Jake Schreier, of “Frank and the Robot” (2012), “Paper Towns” (2015) and music videos by Benny Blanco, Justin Bieber and Chance the Rapper.

The premiere was scheduled for July 25, 2024 in Brazil, one day before the US release.

Sebastian Stan returns as the Winter Soldier and joins the #Thunderbolts at #D23Expo pic.twitter.com/lndbeLeapx

Previous Top scorer of the Brasileirão with 15 goals, Cano equals Marcelo Moreno and reaches mark after eight years | fluminense
Next Fluminense performances: Cano shines again and is the best together with Ganso against Fortaleza | fluminense