The chance of Cruzeiro officially confirming their Serie A comeback in the 31st round dropped from 10.8% to 7.6%, calculated mathematician Gilcione Nonato Costa, from the website Probabilidades no Futebol, from the Federal University of Minas Gerais (UFMG).

In the 31st round, Cruzeiro will face Vasco, in Mineiro. The duel is scheduled for September 21, a Wednesday, at 9:30 pm.

Cruzeiro’s access to the 31st round now depends on two consecutive victories – over CRB and Vasco himself – and on expanding the advantage to 24 points in relation to the fifth-placed team, which today is Londrina. That difference could not be taken away in the final seven rounds.

Before facing Vasco in Belo Horizonte, on the 21st, Cruzeiro will visit CRB at Estdio Rei Pel, in Macei, on the 17th, at 8:30 pm.

In turn, Londrina, currently in fifth place, will face Tombense, on the 16th, in Muria, in the Zona da Mata of Minas Gerais, and Ponte Preta on the 23rd, at Estdio do Café, in the interior of Paraná. .

Due to the dates foreseen in the Serie B table, even if the combination desired by Cruzeiro occurs in these next two rounds, the “mathematical access” still cannot be celebrated by the fans in Mineiro, against Vasco, on Wednesday (21/9). that Londrina, currently fifth and momentary parameter, will only play for the 31st round two days later, on Friday (23).

If the results of the fifth place are positive in the next games, Cruzeiro will still be able to gain mathematical access in the 33rd round if they win, in sequence, CRB (outside), Vasco (Mineiro), Ponte Preta (outside) and Ituano (Mineiro) .

The team led by Paulo Pezzolano would reach 74 points in the 33rd round and could no longer be reached by the fifth-placed team with five games remaining in Serie B.

The request of supersports, Professor Gilcione Nonato Costa calculated this Saturday (10/9) Cruzeiro’s chances of gaining mathematical access in the next rounds. See below!

Current distance from Cruzeiro to Londrina

who are the owners of the little dance performed by Vini Jr. 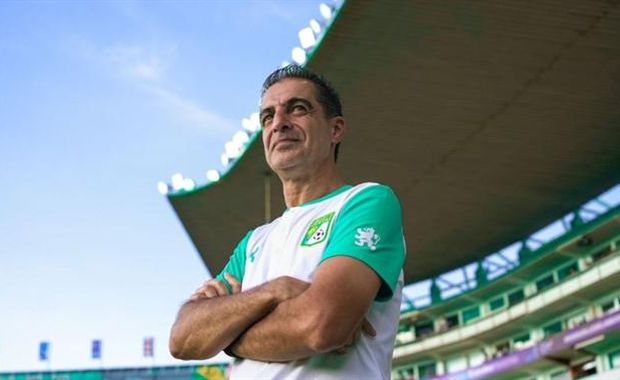