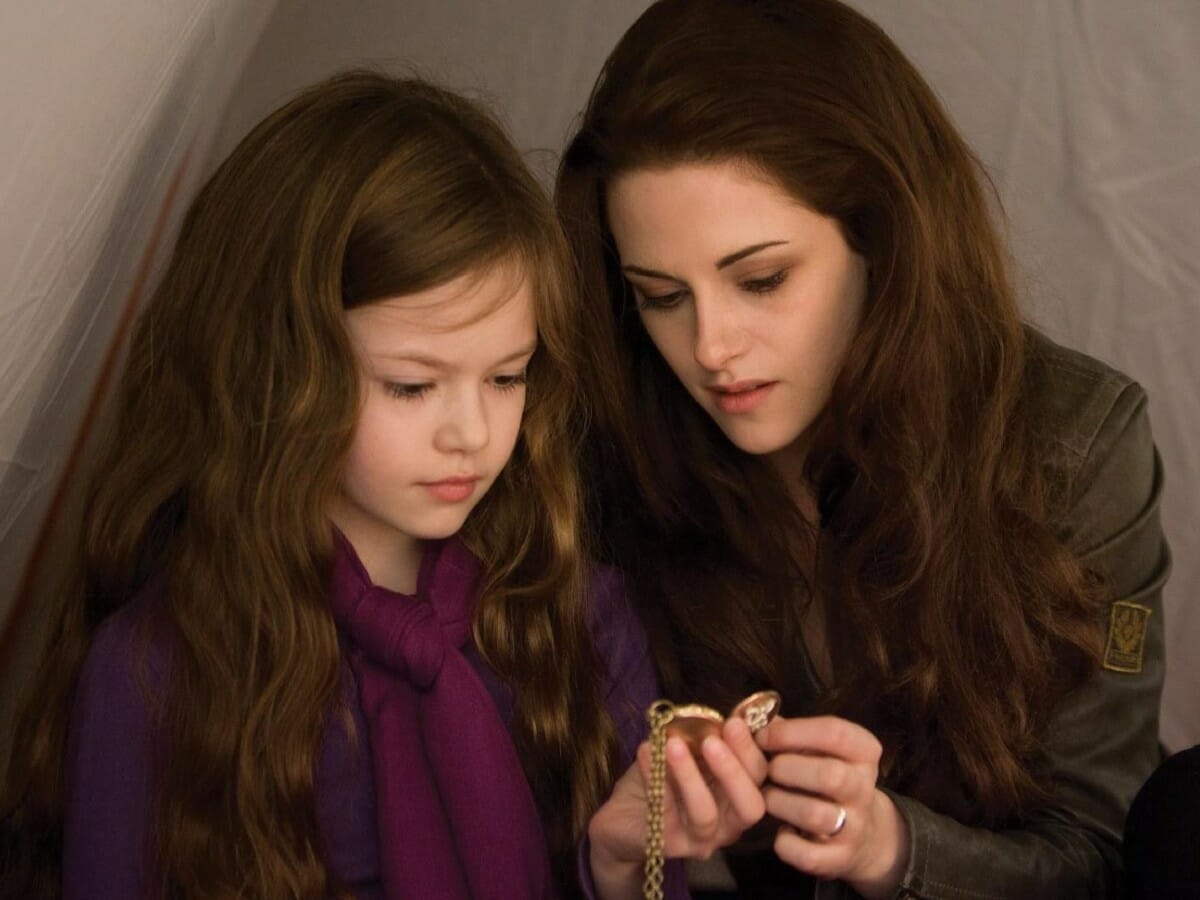 Twilight Girl has grown up and is gorgeous; Look

Fans of the Twilight movies may remember that Bella Swan and Edward Cullen, characters played by Kristen Stewart and Robert Pattinson, had a daughter on the big screen: Renesmee. The girl, like her parents, was inspired by Stephenie Meyer’s books. Even so, the role was widely commented in Hollywood.

Since his big screen debut, many fans may have stopped following Foy’s career. Currently, the actress already tells many important stories in Hollywood.

Before being discovered by the production of Twilight, Foy had a childhood like many children. She was just a girl who loved to run around the garden, wearing bathing suits or even with her belly showing, as the famous herself has already shown on social media. Like many girls, the young woman was “the Princess” of her father and mother.

Before debuting in the Twilight Saga, Foy had a career as a child model. The then-unknown worked for brands such as Ralph Lauren, Gap and Disney.

This contact helped the young actress to break into the Hollywood industry. First, she appeared in series like Hawaii Five-O. And just like that, she was discovered and got the role of Renesmee.

What happened to Foy?

The actress just added to her resume. Few fans may have noticed, but the famous one appeared in The Conjuring, 2013. In the horror, Foy played Cindy, one of the residents of a cursed farm.

It was also in this film that the actress gained one of her best friends. The famous worked with Joey King and the two are together to this day.

Moving forward in his career, Foy has had two more roles since The Conjuring. In 2014, he worked on the cult Interstellar. The girl plays Murphy Cooper, the daughter of Matthew McConaughey’s character. In addition to the star, the young woman still had the opportunity to act with Jessica Chastain and Anne Hathaway.

Then, in 2018, he acted in Disney’s The Nutcracker and the Four Realms. Foy is the protagonist Clara. The role put her on another new level within Hollywood, being one of the great promises of the new generation.

In 2020, the actress had her latest work, Black Beauty: A True Friendship.

In addition, the famous continues to work with famous brands. Still in 2018, Foy reunited with Kristen Stewart, the Twilight Bella. The two participated in the campaign for a special line by Chanel.

In his spare time, Foy has two passions. One is her dog Firefly, who always appears on her Instagram and the other is Taekwondo, in which the actress has a black belt.

Twilight movies are available on Netflix. Check out how Twilight’s Renesmee is today:

Previous Tourist is fined more than R$2,000 for eating ice cream next to a historic fountain
Next Top scorer of the Brasileirão with 15 goals, Cano equals Marcelo Moreno and reaches mark after eight years | fluminense