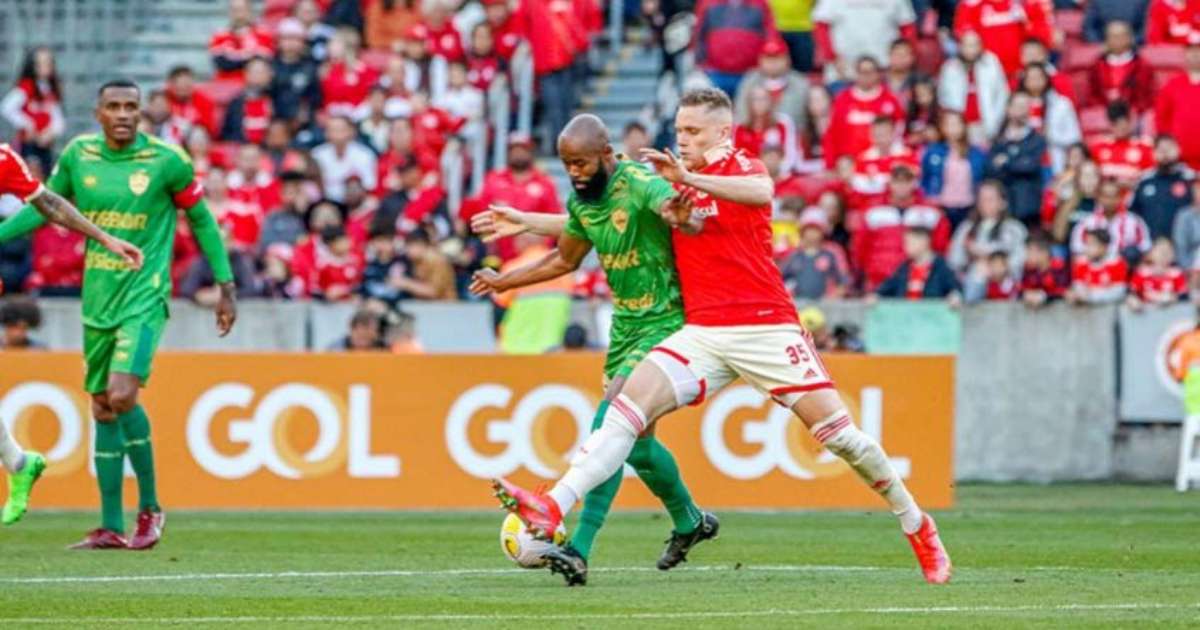 This Saturday, 10th, Internacional and Cuiabá opened the 26th round of the Brazilian Championship at Estádio Beira Rio. The Colorados were sovereign for most of the match, but managed to score only in the second half, with the German forward heading it.

With the result, the colorada team remains in the G4, with 46 points conquered. On the other hand, Dourado is left with 26 and can finish the round in the relegation zone.

The team led by Mano Menezes returns to the field only on the 19th, to duel against Atlético-GO, away from home. The day before, the golden team visits Athletico Paranaense, at Arena da Baixada.

The first half was all for the colorada team, who commanded the match, making a real attack against the defense. Under Alan Patrick’s mastery, the home team created some good scoring opportunities.

The shirt 10 received from Maurício, inside the area, kicked cross and stopped in a beautiful defense of João Carlos. A short time later, he gave a pass to Wanderson, who also stopped the archer.

Later, Alemão gave a pass to the forward, who stopped on the post and then the striker himself also hit the post.

Alan Patrick and Wanderson had more chances, but they also missed. The visitors could not finish in the opponent’s field.

On the way back from the break, little has changed. At five, Renê reversed the move, Bustos dominated the area and released a bomb, with danger. Soon after, Alan Patrick took a corner, Johnny went up alone and almost scored.

Cuiabá’s first opportunity in the match came in the 20th minute, with a shot by Valdívia at the entrance of the area. Then Pedro Henrique left at speed, crossed in the area and Alemão punctured. The ball returned to PH after getting lost and he sent a shower again. This time, Alemão tested for the back of the net and opened the scoring.

With the goal taken, Cuiabá began to be more present in the offensive field, but could not create great chances. Until at 44′, Edenílson got tangled up in the ball out, André stole it, was knocked down by shirt 8 and the referee scored a penalty. After being called by VAR, the referee canceled the penalty.