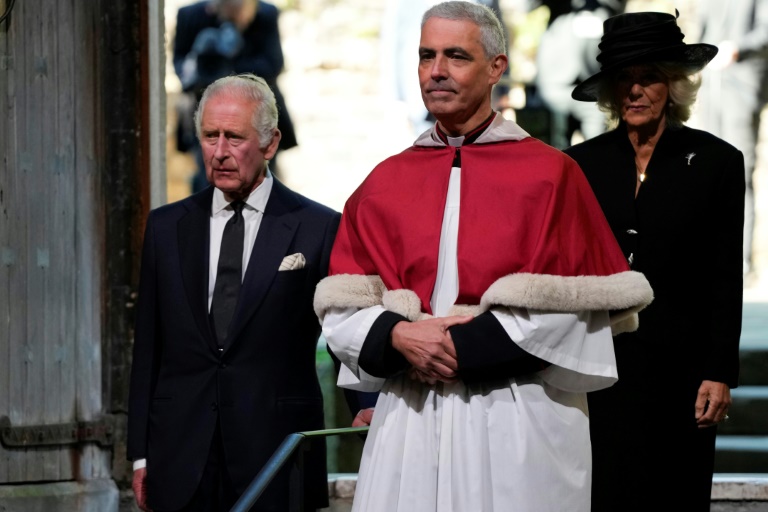 Charles III, defender of all religions in the ‘multi-confessional’ UK

In a quiet environment, about ten Muslims of all ages wait to sign a book of condolences for Queen Elizabeth II during a multi-faith ceremony held at the great Baitul Futuh Mosque in south London.

Some children run among the adults, but the atmosphere is respectful.

“I am a first-generation Muslim in this country” and “here we can practice our faith under the protection of our” monarch, said 19-year-old Danial Saeed.

In the UK, the king is not only head of the Anglican Church, but also a “defender of the faith”.

This title originally addressed Christianity, but Charles III, proclaimed King on Saturday, had already said that by taking the throne, he would defend all religions in the United Kingdom, which had become much more multicultural during his mother’s reign.

“Our loyalty to the king” will be “as strong as the one we show to the queen”, says Rafiq Hayat, president of the British Muslim community Ahamdiyya, in the act, which includes a prayer.

“We live in a country where freedom of religion is real. (…) Both the monarch and the government perpetuate this freedom of expression, of belief,” he later told AFP.

In Elizabeth II’s 70-year reign “we have seen our society become multicultural and multi-confessional,” Charles III said in his first speech as king on September 9, the day after his mother’s death.

This Friday, the monarch would receive representatives of the main religions of the United Kingdom at Buckingham Palace.

The British monarchy has its roots in Christianity. This religious character is strongly represented in the coronation ceremony – whose date has yet to be set – in which the king will be anointed with oil by the Archbishop of Canterbury.

However, Ian Bradley, professor of theology at St Andrews University, told AFP that “the monarch’s role is to hold the nation together in every way possible, especially in terms of faith.”

Rami Ranger, president of the British Sikh Association, believes that as a monarch, regardless of her subjects’ political parties, religions or backgrounds, Queen Elizabeth gave everyone “an enormous sense of security”.

The British monarch has a role as the nation’s “spiritual heart” and this “somewhat unconscious” spiritual bond manifested itself, according to Bradley, in “religious terms often chosen by many to express their feelings towards the Queen”.

The UK may have become “a very secular post-Christian nation, but many people still appreciate that the sovereign has a religious aura,” he adds.

“Some of the strongest supporters of the monarchy are members of religious minorities such as Jews, Sikhs, Hindus,” Bradley insists. And remember that while Charles III is a practicing Christian who “goes to church every Sunday,” he is also “interested in Islam and spirituality in general.”

Just as his advocacy for the environment accompanies the concerns of younger people, this interest in religions could connect Charles III to Britain today.

Among Christians, he showed a special predilection for the Orthodox religion, making several retreats to monasteries on Mount Athos in Greece. He moved the British Jewish community by visiting Israel – something his mother never did – even if it wasn’t on an official visit.

He also had “a wonderful relationship with the Muslim world as a prince, praising the teachings of Islam and often referring to verses from the Quran,” says Hayat.

“We believe that he will be a very good leader for Muslims and that he will bring together the different confessions”, not least because given his importance “when he speaks, people listen” and “this will have a lot of weight in the relations between the Muslim world, the Christian world and Jewish world”, he concludes.