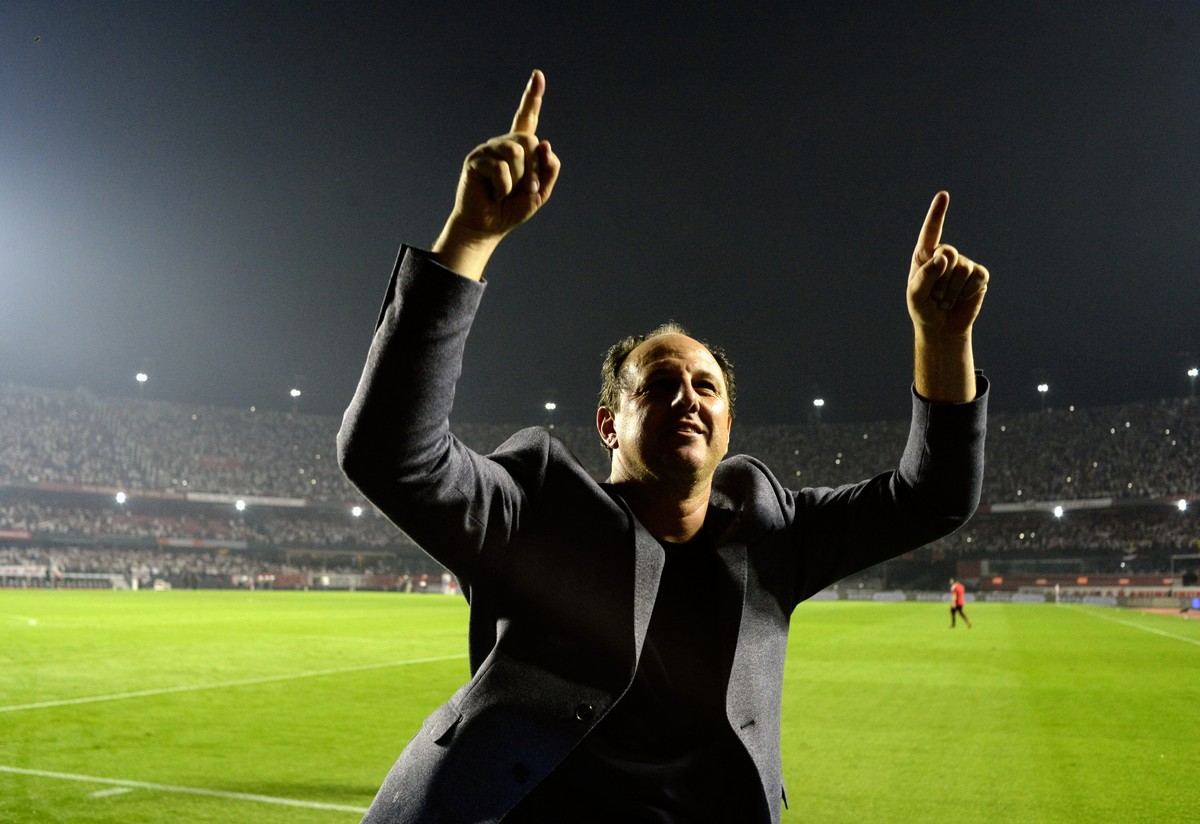 Director of São Paulo guarantees: “We’re going with Rogério until the end of 2023” | Sao Paulo

São Paulo’s director of football, Carlos Belmonte, assured on the podcast “Hoje, Sim”, by narrator Cleber Machado, that the club will keep Rogério Ceni as coach until the end of the contract, at the end of next year. To listen, click here or play the player below.

Last week, the coach made statements that cast doubt on his permanence in 2023 if the team loses the Copa Sudamericana final. Belmonte, however, ruled out any possibility of Tricolor changing coaches.

– We insisted on renewing with Rogério (until December 2023) before the game against Palmeiras, in the Copa do Brasil. We knew it was a difficult game, that we could be eliminated, and at that moment we already gave the signal that, regardless of what happened, we were going to renew. And we renew it – said the leader.

– Now I tell you clearly that there is no possibility of São Paulo changing coach for 2023. We are going with Rogério until the end of 2023.

According to Belmonte, the only possibility for Rogério Ceni not to stay is for the coach himself to opt out. But there are no indications of this: club and coach are already planning for the next season.

– If Rogério, for some reason, doesn’t want to stay, that’s another matter, an intimate one. Our relationship with Rogério is great, we are satisfied with the work. Our idea is to do the planning, we are doing it and we talked to Rogério today, including.

Ceni is seen as a key player in the club’s reconstruction process, which has a debt of around R$700 million.

At last Wednesday’s press conference, however, the coach left his stay for next year uncertain. In some lines, he did not guarantee that he will follow:

“We’ll have to look at next year if I’m here. We will analyze to try to format. We have to lower the cost of payroll. It’s a way. We must do. We have to bring together players who offer more options for different characteristics than we have, especially in the case of dribbling and speed. I think that, for next year, being here, when this year’s championship is over, we will have a greater spacing for the beginning of the season – he said.

The Copa Sudamericana title should be a watershed for the sequence of Rogério Ceni in charge of São Paulo. The coach has mentioned how the planning will change in case of conquest.

Previous Will there be a third Zombieland movie?
Next fintech decides to cancel public company registration in Brazil