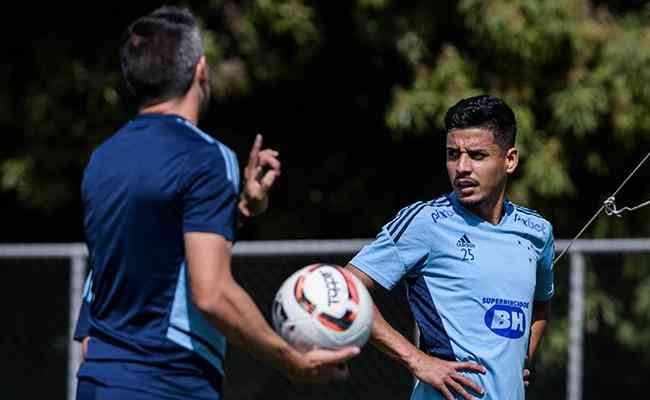 With an activity on the morning of this Friday (16), at Toca da Raposa II, Cruzeiro closed the preparation for the duel against CRB. The match for the 30th round of Serie B of the Brazilian Championship is scheduled for 20:30 this Saturday (17), at Rei Pel, in Macei, Alagoas.

Unlike other appointments, this time the celestial delegation will only embark for the game in Macei on the date of departure. The decision was taken to extend the preparation time in Belo Horizonte and to avoid medical problems.

Coach Paulo Pezzolano will have practically the entire squad available for Saturday’s game. The only absences are midfielder Joo Paulo and attacker Waguininho, in physical transition, and midfielder Willian Oliveira, who received the third yellow card in Cruzeiro’s 1-0 victory over Operrio-PR.

On the other hand, the Uruguayan has the return of Neto Moura, who served a suspension in the last round. A starter in 26 of Fox’s 29 games in Serie B, he should resume his starting position. This week, the midfielder had the economic rights acquired by the miners and signed a new contract until the end of 2025.

Cruzeiro remains the isolated leader of Serie B, with 62 points – eleven more than vice-leader Bahia and 18 more than Londrina, 5th place, the first club outside the G4. Raposa dreams of guaranteeing elite mathematical access in the next round, on September 21 (Wednesday), when they face Vasco, at 9 pm, in Mineiro.