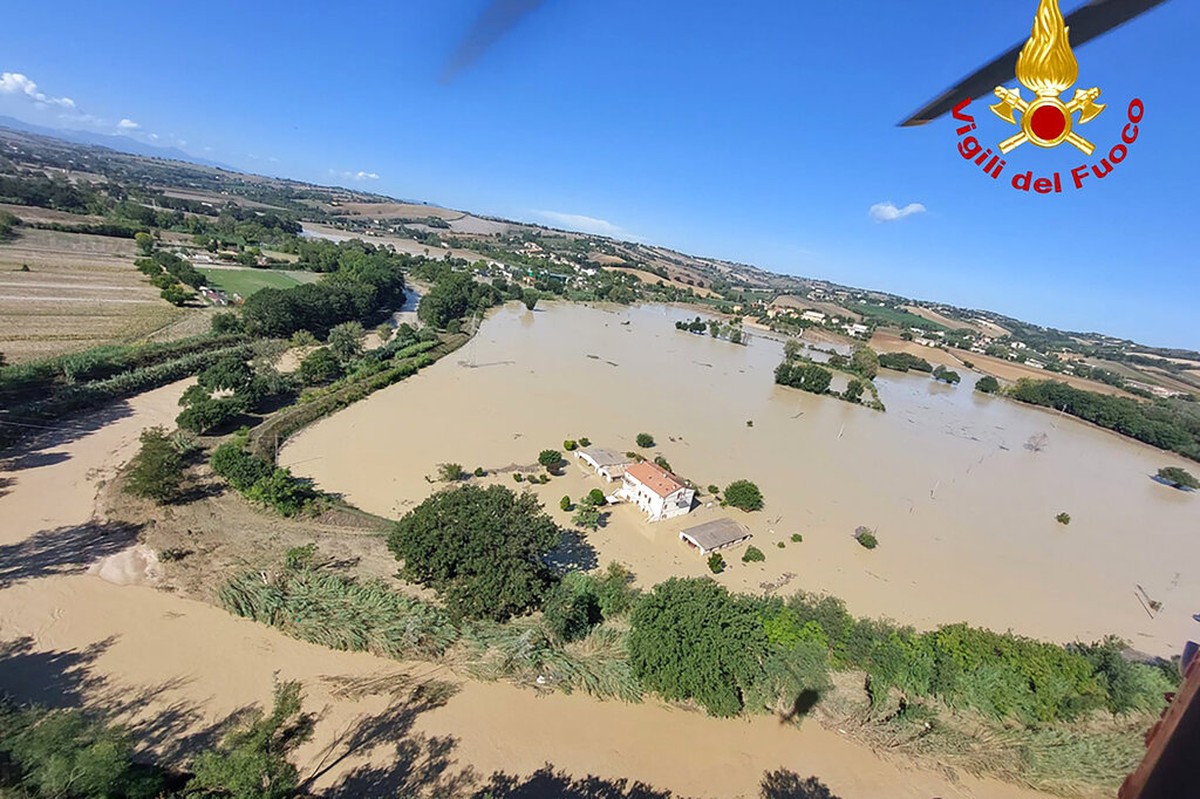 At least ten people died and four are considered missing in the violent storms that hit early this Friday (16) in central Italy, destroying homes and streets, a tragedy that opened the debate on measures to be taken against climate change. .

A week before the legislative elections, the waterspout that devastated several cities in a few hours and left dead, missing and injured, generated a national debate for the lack of alert for the unexpected phenomenon.

“400 mm of rain fell in six hours in an area where 1,500 rains fall in a year. This is definitely linked to climate change and we need to get used to it and adapt. This is the future, a demonstration of the future, we need to build our resilience “, explained to AFP Paola Pina D’Astore, from the Italian society of environmental geology.

Among the missing is a six-year-old boy who was with his mother in a vehicle. The woman was rescued by firefighters, but the force of the water took the boy away.

“The historic center of Cantiano no longer exists. The main square was taken by the force of the mud that invaded and destroyed the bars, the pharmacy, the shops, taking away all the furniture, everything,” said Natalia Grilli, deputy mayor of Cantiano, in the Marche region.

The worst affected area is the province of Ancona, but the rains have also shaken the neighboring region of Umbria.

Several meteorologists believe that these phenomena will multiply throughout the country in the coming months due to the anomalous summer and the extensive heat wave, with record temperatures of up to 42 degrees amid the worst drought in the last 70 years.

Cars piled up on one of the streets of Senigallia, a municipality in central Italy hit by heavy rains, on September 16, 2022. — Photo: Gabriele Moroni/LaPresse via AP

“People died, and that’s why today the interest in climate catastrophe is greater. This should make us reflect. Death puts us in touch with our values. What do we want to do with our lives while the Italian state does nothing to reduce emissions and prevent tens of thousands of similar deaths in the years to come?” lamented Michele Giuli, activist of the environmental movement Last Generation.

“This is called a climate crisis, not bad weather”reacted on Twitter the Italian branch of “Fridays for Future”, a youth movement in defense of the climate, while the president of the Italian Red Cross, Francesco Rocca, acknowledged that he “is concerned about the increase in extreme weather events” across the peninsula.

Some mayors in the region lamented that no one warned them of the danger, while expert Bernardo Gozzini, from the National Research Center, said it was “a phenomenon impossible to predict”.