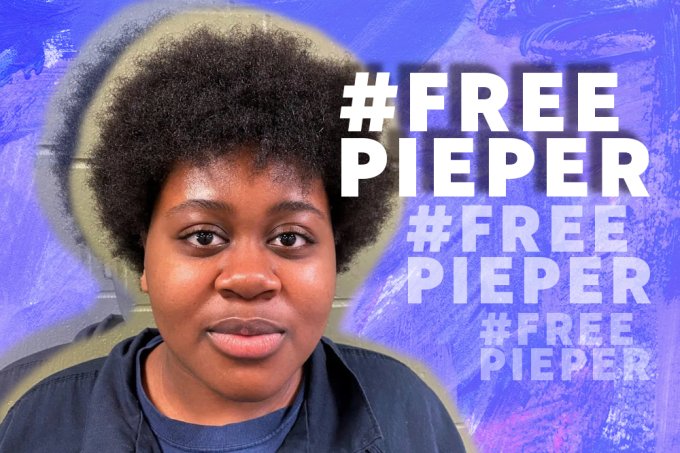 A decision made by the Iowa State Court of Justice, in the US, this week, is causing a stir. The judge David Porter sentenced 17-year-old Pieper Lewis to five years probation and a $150,000 fine. (about R$780,000) for killing her rapist, Zachary Brooksof 37.

If the young woman violates any of the parole rules, she can face up to 20 years in prison for crimes of involuntary manslaughter and bodily harm.

The compensation money must be paid to the rapist’s family, who, according to the court, were harmed by Brooks’ death.

Leland Schipper, a former teacher of the teenager, is organizing an online crowdfunding to raise money to help the American pay the fine, for him, unfair: “Pieper does not owe justice to that man’s family. ANDshe doesn’t deserve to be burdened for the rest of her life because Iowa wrote a law that doesn’t give judges any power over how it’s enforced.. This law makes no sense in many cases, but in this case, it is morally unjustifiable,” he wrote in the petition.

Pieper Lewis lived in a toxic home and was abused by her own mother. At 15, she decided to run away from home to end her torment – ​​but another one began.

During her period of homelessness, the girl was approached by a man named Christopher Brownat the time, aged 28.

The boy seduced the young woman and made her think they were dating. But in reality, Brown was a recruiter and Lewis ended up being victim of sex trafficking.

On several occasions, the teenager was “marketed” by the guy who until then she thought was helping her. Pieper was forced to have sex with strangers, consume alcohol and drugs, and was drugged several times.when, unconscious, she had her body raped.

One of Christopher Brown’s clients was Zachary Brooks, who was killed by Piper on June 1, 2020.

today we sat in court from 9:00-4:00 experiencing attorneys attempts to demonize Pieper Lewis. But this is who she is. shy dmps graduate. an artist. she & she has dreams of attending college & starting her own business. Pieper also hopes to one day become sex trafficking advocate. pic.twitter.com/0IDo4fp9Zc

The teenager told the Justice that she was being raped by the man for weeks, in addition to being constantly threatened and drugged.

One night, Piper woke up and, still groggy, realized that Zachary was sleeping next to her. That’s when she decided to act.

The victim took a knife and delivered 30 blows to her rapist. Despite the young woman’s version not being contested by the Justice, which guarantees to have found evidence that she was really a victim of human sex trafficking, Judge David Porter held that Zachary Brooks was killed in his sleep and, consequently, at a time that did not pose immediate danger to the victim.who was convicted.

“That means I face rape, abuse, hate, manipulation, abandonment, loss of my parents and loneliness,” said the teenager, who is a black girl.

IT IS PART OF THE STATISTICS

A survey by the Congressional Black Caucus Foundation shows that in the US, 40% of sex trafficking victims are black women.

This portion of the population is also the most susceptible to crimes of violence against women, since they are on the margins of society and in situations of vulnerability caused by structural racism.

It is worth remembering that racial segregation in the United States only officially ended in 1964, when the then president Lyndon B. Johnson signed the Civil Rights Act that decreed the end of the regime.

In addition to the fact that in historical time the date is quite recent, in practice, racism in the country continues to make daily victims, who suffer from oppression, lack of opportunities, prejudice, police violence, discrimination and lack of support from the system. judicial.

The story of Pieper Lewis is, in many ways, similar to that of Cyntoia Brown, who, at age 16, received a life sentence for killing the man who sexually enslaved hera pimp known by the nickname “Cut Throats”.

After much protest and much struggle, and after spending 15 years in prison, Cyntoia had her conviction reviewed by the Governor of Tennessee, Bill Haslamin 2019, and was released after clemency.

She, however, will only be officially free in 2029, when her 10-year probation finally comes to an end.